Don't Tie Your Dog up in the Street 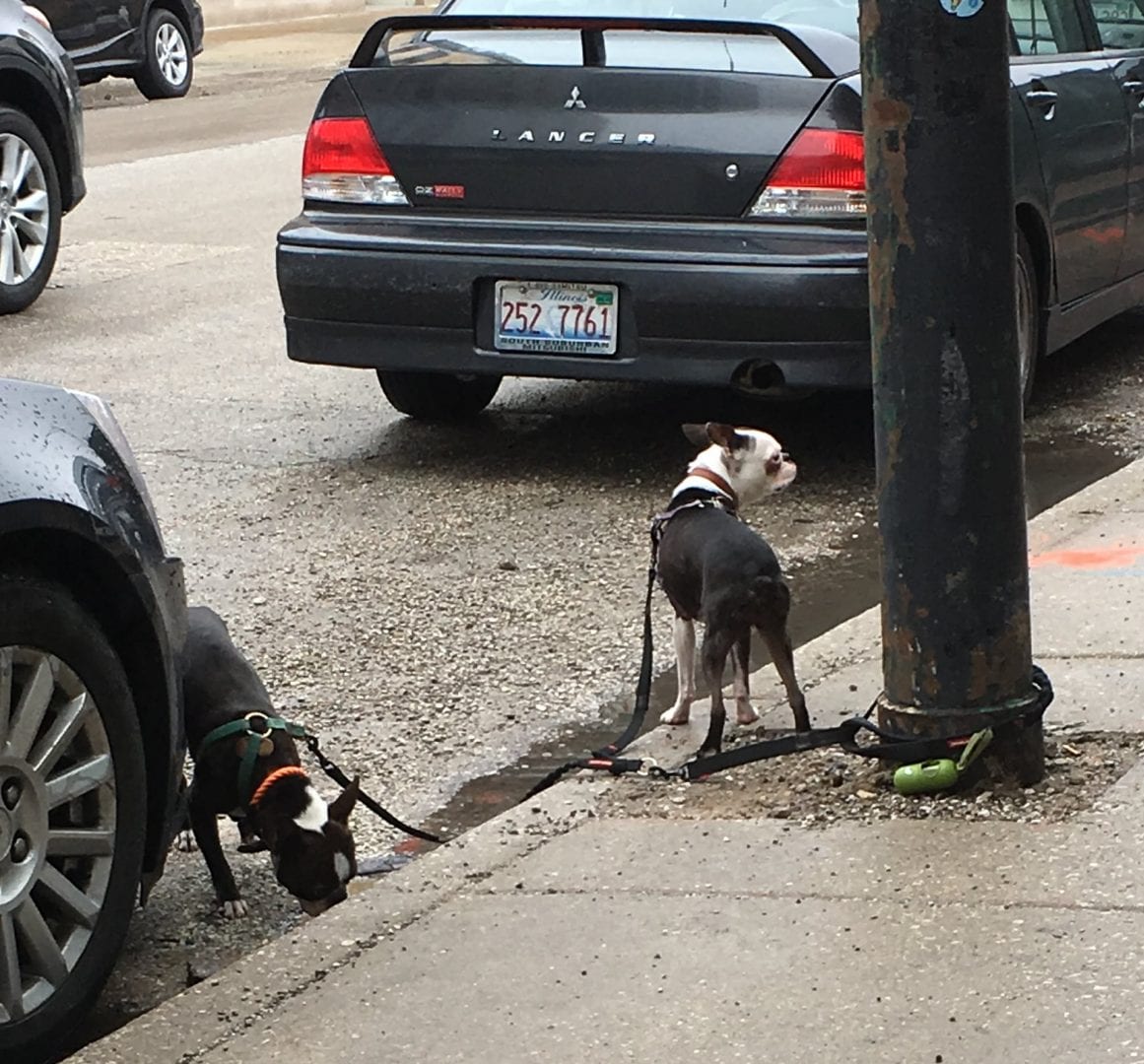 This is how unprotected dogs get leptospirosis.

So what’s wrong with this photo?

Odds are these dogs are just fine, at least I hope so. The image was taken in Chicago, where tying up dogs in this manner is actually against the law (though rarely enforced).

Leaving dogs unattended obviously makes it quite possible for them to drink from a puddle, but dogs do this all the time, even when supervised. And leptospirosis isn’t limited to living in puddles. The bacterium requires water, but there are lots of places dogs can access water: ponds, rivers, streams, water in retention ponds, lakes, and even dog bowls with water left at store fronts. And since there are so many potential places for leptospirosis to live, prevention—a vaccine—is best.

How does the bacterium get into the water in the first place? The answer is infected animals. Rodents (like city rats) are at the top of the list, but wildlife ranging from raccoon to skunks to squirrels to opossum to even (rarely) infected dogs can spread the illness. Here’s what happens: The infected animal piddles in the water (or moist soil/mud) and the dog licks it up. The illness can also be spread through saliva of the infected animal, or a bite from an infected animal, or walking or swimming through tainted water with an open wound.

People can get leptospirosis too, though this more commonly occurs in third world nations, where people swim or bathe in tainted water.

In dogs, leptospirosis is often life threatening: another reason to prevent the disease in your dog.