Double-Defense, New Plan to Fend off Heartworm in Dogs

Trivia Question: What living thing is more dangerous than any other on the planet?

According to the World Health Organization, over 725,000 people die annually as a result of mosquito transmitted diseases, and millions more get sick each year. Dogs are affected too, as heartworm disease kills many unprotected dogs. But arguably we can do a better job of preventing heartworm in pets than we can at preventing the mosquito spread Zika virus, Chikungunya, malaria or Dengue fever in people. 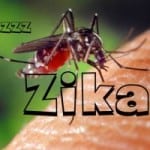 Zika virus doesn’t appear to affect dogs, but it sure can affect people, among many other diseases spread by mosquitoes

At a March 7 press conference at the Western Veterinary Conference in Las Vegas, NV, experts describe how by using a double-defense approach, heartworm can totally be prevented in dogs, and humans may benefit too. 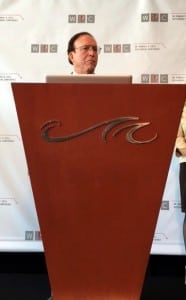 Researcher John McCall, professor emeritus Department of Infectious Disease at the University of Georgia College of Veterinary Medicine, Athens suggested dog owners think about changing their strategy to protect dogs from heartworm. He revealed that his studies demonstrate that a double-defense against heartworm is indeed best – that means using traditional heartworm protection as well as an additional spot-on product containing the insecticide permethrin.

McCall said that his studies determined that flea/tick preventative Vectra 3D, which contains permethrin, was more than 95 percent effective at repelling and killing mosquitoes for 28 days after treatment. In addition, Vectra 3D was nearly 100 percent effective at blocking microfilariae, which are pre-larval or “baby” heartworm from entering the dog’s bloodstream. 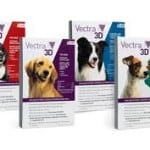 It turns out that Vectra 3D repels and even kills mosquitoes, and when rarely it doesn’t, prevents heartworm transmission

Dr. Tom Nelson, past president of the American Heartworm Society said, “It makes sense to incorporate the permethrin into routine heartworm protection; its safe and it works.”

Flea and tick prevention is vital, particularly with the extensive upsurge of tick disease – however mosquito protection is no less important. 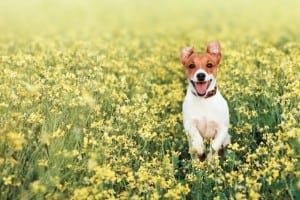 It’s not insignificant to consider how frequently mosquitoes bite dogs, in part because they’re relatively close to the ground, and also where dogs like to investigate – in bushes and ponds, etc.  Dogs can easily receive dozens – even 100 or more bites on a single outing. Also, we don’t spray products, such as DEET (a mosquito repellant) directly on to pets, not should we.

While scratching is what dogs do – they mostly do it because they itch. And with about a half of American dogs sharing out beds (according to the American Pet Products Association), their discomfort may also lead to sleep deprivation for human family members. 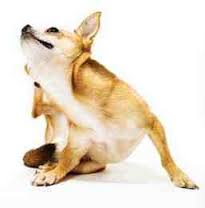 “Of course, no one wants their dog to feel uncomfortable,” Nelson added. Extreme scratching may even lead to infection.

Mosquitoes transmit lots of nasty buggers. Zika virus has been in the news recently Dogs don’t appear to suffer any symptoms from Zika. Still Robert Wirtz, retired chief of the Entomology Branch of the Centers for Disease Control cautioned, “It’s reasonable to think that dogs burdened with so many bites may be infected with pathogens we haven’t even yet discovered.” 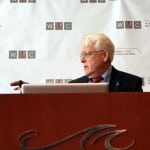 Wirtz added that Vectra 3D’s ability to kill mosquitoes may actually play a role in public heath. “If enough mosquitoes in the yard are killed, for example, then you are making a difference to protect family members, particularly children.” It’s the same with any mosquitoes making it indoors and landing on a dog with Vectra 3D, and quickly dies.

Wirtz pointed out that a multi-modal approach is currently being implemented to protect people from malaria, Chikungunya, Dengue fever and now the Zika virus. He said that a multi-modal double defense also makes perfect sense to prevent heartworm in dogs.

While no flea/tick preventative, even with permethrin, is a substitute for a heartworm preventative, the reality is that only about a third of all dogs leave a veterinary clinic with an appropriate heartworm product, according to the American Heartworm Society. 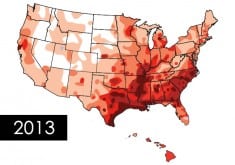 What’s more – even when heartworm products are purchased, some people forget to use them as indicated. Nelson noted, “Compliance is a huge problem.” So, a second product with permethrin above and beyond the heartworm products can serve as a kind of “back up.”

After all, McCall said that over 70 species of mosquitoes are known to carry heartworm.

Nelson was quick to add, “We’re not saying traditional heartworm protection isn’t necessary – it is necessary.

“I now believe that all along we’ve been missing something in our (heartworm) prevention program,” added McCall, who is also a founding member of the American Heartworm Society. “We need to encourage mosquito protection for dogs – it just makes sense.”

More on Zika and dogs