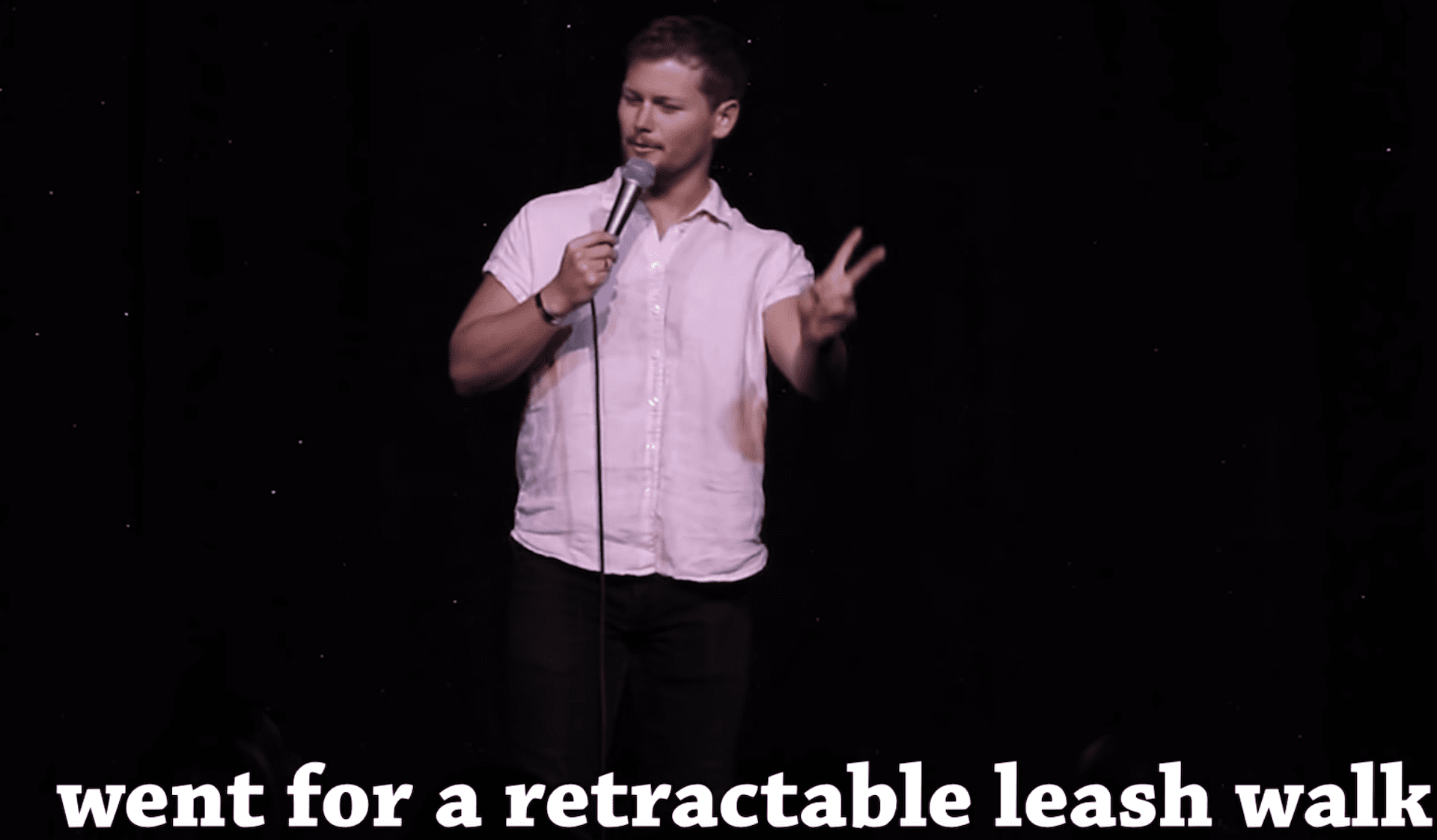 Retractable leashes are downright dangerous. Here’s what I hope is well thought-out story which explains why I believe dogs would be better off if retractable leashes were literally banned. Stand-up comic Drew Lynch does a far better job of getting the point across.

Between the laughs I can sense that Lynch understands dogs, and no wonder. He reportedly has a service dog named Stella, a Vizsla, who helps him with the day-to-day emotional toll of his stuttering by offering emotional support.

(Thanks Barbara B. for the idea for this post)