Explaining the Tragic Fire which Killed 30 Dogs on WGN Radio 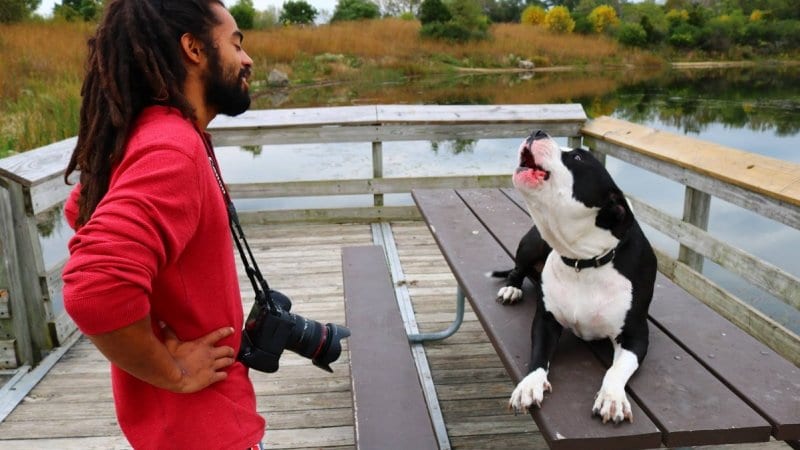 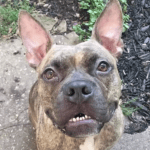 One of 30 dogs that died in the fire.

Garrett describes what happened: He took his car to help a friend.  When he arrived back at the kennel, he said he saw the fire happening and when he went inside the smoke hit him in the chest. He tried to fill up garbage cans of water to alleviate the fire. But that didn’t help He was burnt in the process of attempting to rescue the total of 60 dogs.

Among the dogs that perished in the fire were Mercado’s own dogs. According to subsequent updates, of the dogs that survived some suffered smoke inhalation – but they’re doing fine now.

I call Mercado “a hero” for saving many dogs which he rehabilitated over the years. He says he “gets” these fearful dogs, relating to them. And many in the rescue world support his hard work and successes.

I am honest and ask Mercado about another side of all this. Many respected members of the dog training and animal welfare community suggest dogs lived in poor conditions at the facility and he uses aversive methods to “train” or rehab the dogs.  You can hear his response, and judge for yourself. Due to time constraints and only for that reason, we didn’t speak further and in more detail on this issue.

This story might have been worse, at least about half the dogs were saved. Having said that a quick Google search shows these kennel fires are not unheard of. I am working with an animal welfare organization on some law changes which will very much decrease the chances of this ever happening again.

Having said that – this note is all over Facebook – posted after my interview (though not related to my interview). Judge for yourself:

My name is Joanne Grossman and I am the current owner of the property located at 2N441 County Farm Road. I had operated this kennel for over 30 years. In March of 2018 I retired due to declining health and D&D Kennels ceased to exist as a business entity at that time.

First of all, I would like to thank all of the first responders from the surrounding Fire Protection agencies who worked to contain and extinguish the fire and save as many dogs as possible during that chaotic morning; the DuPage animal control officers who responded to capture the loose dogs and provide any needed medical attention; and a special thank you to DuPage County Deputy Chris Obrochta for his swift action to summon help when he observed the fire and especially for his bravery for entering the burning structure to save as many dogs as he could. Had it not been for the efforts of these brave men and women I fear it would have been an even worse tragedy.

For the past several years, I had worked with, and primarily boarded, rescue dogs from various rescue organizations and worked to place them with permanent owners. These dogs were only kept in the north kennel structure and none were ever crated. Just to care for 23 dogs in the kennel took 3 ½ to 4 hours daily and a volunteer spent 5+ hours to exercise them with walks around the neighborhood.

Many of us saw the horrific and tragic news reports of the 29 dogs that perished in the kennel fire. There have been many statements made and reported by the different new outlets and I would like to clarify some of them.

The cause of the fire is still undetermined. The County Fire Inspection taskforce could take a few months before a determination is made.

Garrett’s statement that he left that morning for a short time to run errands is not true. I have spoken to Detective Jeff Godfrey, lead investigator, of the DuPage Arson squad (630-407-2714) as he investigated Garrett’s whereabouts that day.
A little over 1 year ago I leased the building and north kennel structure to Garrett Mercado with the intent of eventually selling the property to him so that he could continue training dogs with behavior issues. The north kennel structure has a capacity to provide individual indoor and outdoor boarding space for 23 large dogs and 20 small dogs. The main building structure which is approximately 25’ x 30’ consisted of an office/reception space, kitchen, bathroom, and grooming area on the 1st floor while the 2nd floor was a 2 bedroom apartment which is intended for a caretaker living quarters and used as such until I retired.

I was aware that Garrett had a friend who was helping him which I felt was sufficient to care for 23 dogs being kept in the kennel. On Jan. 7, 2019, Garrett told me that he only had his 4 personal dogs in the 2nd floor apartment and I believed him unfortunately. I was utterly and completely shocked to find out that Garrett had 35+ dogs in crates and tied up in the main building. Something I feel is being lost in all this tragedy is why were there 58 dogs being boarded in a kennel with the current capacity for 23 dogs. While I find it reasonable to keep some small number of dogs in this office/grooming area, it is unfathomable for me to think that there were as many dogs as there had to have been in this area. In my opinion, this contributed to the enormity of the tragedy which resulted in 29 dogs perishing in the fire. The dogs that were kept in the kennel structure itself survived the fire unharmed.

I find it difficult to comprehend how anyone could care for 35+ crated dogs and make sure that they were fed, taken outside, and given the necessary attention let alone training to improve their behavior. There is not enough time in the day.

Further, where was the Department of Agriculture in all of this (this is the department responsible for kennel inspections). Apparently, Garrett passed his inspection back in Sept 2018. Why was this condition allowed to occur in the first place? The inspector records the number of dogs present on that day. Are the regulations written that allowed dogs to be crated; was the inspector unaware of dogs being kept on the 2nd floor; or did Garrett increase the number of dogs after the Sept 2018 inspection date.

Did the rescue organizations realize that their dogs were being kept in crates or tied up 24 x 7? Did they condone how their dogs were being kept. It is my opinion that he apparently was in way over his head when it came to the operational aspects of running this kennel. Otherwise he would have never accepted the number of dogs that he had and kept them in the manner in which he did.

There has been a large emotional outpouring of sympathy for Garrett as a result of this tragedy as evidenced by the Go Fund Me page that was established in his name. Perhaps it was because he stated that he lost his building and all his possessions since it was reported that he owned D&D Kennels contrary to the facts. It was also reported that Garrett plans to pick up and continue in a new location. Regardless of the reason, I don’t feel Garrett should be rewarded or trusted with the care of animals ever again which in my opinion was minimally very poor judgement on his part and at worst gross negligence.

I have yet to hear from Garrett directly since this tragedy occurred earlier this past week. I was fortunate to love my work in animal care for 30+ years at this location and in less than a year for Garrett to create a horrific, lasting nightmare and leave a pile of ashes in his wake.

I am mentally and physically sickened by what has happened and will be haunted by this tragedy for some time.

If there are further questions, I can be reached at [email protected]

(*I mention that Mercado is the owner of the facility, to be clear he is not but he did live there and was the primary caretaker for all the dogs)

Treating Cats with a New CATitude

We’re looking at cats today with an entirely different lens than say 25 years ago, and this is true for veterinarians too! Veterinarians have responded by creating Cat Friendly Practices. The idea is to offer an approach which is more cat friendly, from the cats’ perspectives.

The American Association of Feline Practitioners (AAFP) Cat Friendly Practices, though, begins with you – and in your homes. 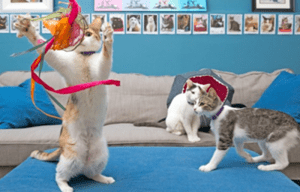 Famed feline veterinarian Dr. Elizabeth Colleran and I have spoken together many times about this cat friendly approach. We’ve talked at veterinary conferences and at veterinary schools – and now we’ll talk with you, at the Windy Kitty Cat Cafe (1746 W. North Avenue), Chicago at 12:30 p.m. on Sunday January 27. You can attend with $10 donation to help out kittens. HERE is the evite.  There will be a swag bag for all attendees. We just added a few more ticks – but they are limited. 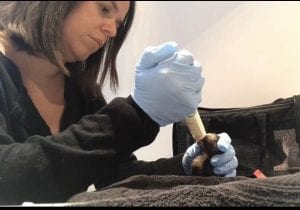 Dr. Colleran will talk a bit about kitten health, especially growing up in a shelter or foster home environment. I will speak some on kitten socialization.

But the real news is the new Windy Kitty nursery, which is already saving lives, and this is what Purina is there for (aside from expressing their support of AAFP and Cat Friendly Practices). I won’t divulge any more – or I will let the cat out of the bag. 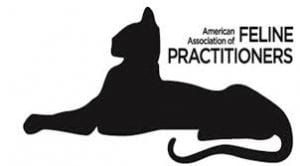 Due to limited space only a limited number of people will be allowed in – so be sure to reply very soon if you are able to attend.

Even if you live VERY far away (people reading this blog from around the globe), feel free to ask cat questions via the evite or email [email protected] If you are attending, you may also submit questions in advance to be more certain your questions are answered.