Cats do not suck the souls of babies John Kass, as he suggests in his Chicago Tribune column, “Feral Cats, rats and songbirds form unnatural mix.”

Kass criticizes efforts of Tree House Humane Society (and by association lots of shelters in Chicago and around the country) for their efforts to implement trap-neuter-return (TNR) of feral cats (often called community cats).

Indeed, there are many feral cats in America; estimates range from about half as many as there are owned cats to one and a half times the number of owned cats. According to the American Veterinary Medical Association Pet Ownership & Demographic Sourcebook, there are just over 74 million pet cats. 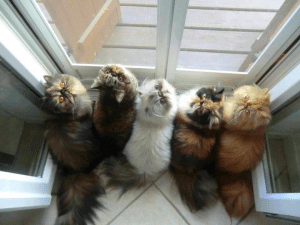 Most pet cats today are indoors only and never go out

Increasingly, cats are kept indoors only (which I solidly support for many reasons). Around 20 or 30 years ago, there were obviously more cats living indoors/outdoors, or even more outdoor only feral cats compared to today.

Studies confirm Kass’ contention that outdoors cats will hunt. And even well-fed owned cats may chase and hunt some.

However, studies also confirm that outdoor cats tend to catch what’s easiest and most abundant based solely on geography. Cats in Georgia (according to one study) ate mostly lizards and rodents, for example. Birds were barely on the menu. I’m not suggesting cats don’t eat birds. They do. But while cats will take what they can, and ground-nesting birds are particularly at risk, cats also don’t fly.

According to data from researcher Anne Beall from her book “Community Cats: A Journey in the World of Feral Cats” (iUniverse, Bloomington, IN, 2014; $15.95), which is an academic source, birds account for 32 percent of what cats consume, sadly around 15 million songbirds dying at the paws of cats. That number is significant, and I support logical and humane means to decrease this figure.

But let’s be real here: A few bird conservations groups suggest 1.4 billion to nearly four billion birds die in this country because of outdoor cats. There’s one problem with that absurd data (which is thrown out there and therefore presumed to be true) – we don’t have anywhere near four billion birds living in America, we never have.

Outdoors, nearly all cats live with other cats in colonies. TNR is the process of trapping cats in a colony, and then taking them to be spay/neutered. In Cook County, another benefit is that these outdoor only cats are (by law) vaccinated for rabies. 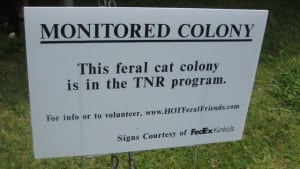 Nearly all feral cats live with others in colonies

Not socialized to people – a shelter transforming these fraidy cats to be adopted into homes as suitable pets may take months, even years or might never happen. In the shelters, these cats are often terrified. The resources to attempt to socialize feral cats is significant, and meanwhile space for more adoptable cats is being used – which leads to increased euthanasia. If Chicago wants to become a No Kill community, TNR will be essential. 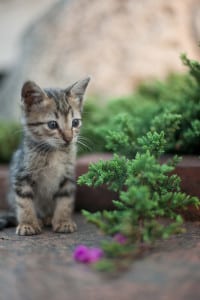 Kittens are adopted into homes

When cats are trapped to be spay/neutered, any cats identified as clearly ill may be euthanized. Also very young kittens, which can be readily socialized, are typically held by shelters to be adopted into homes.

The cats spay/neutered are returned to live out their lives in their colonies; caretakers supplement the cats with food. Not needing to eat to survive, cats don’t work so hard to snatch birds. Being cats, they still have a prey drive, and still take some birds.

Kass writes: “The feral cat program might sound good to some. Since they’re not fit to live in houses because they’re wild beasts, they’re released into the wild. And this saves them from being euthanized. But there is a tiny problem. They’re alive. And if you’ve ever seen Jurassic Park, you know that the dinosaurs were not supposed to breed. But life always finds a way.” 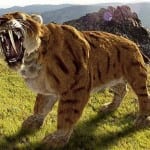 Really? Is this what feral or community cats look like?

Second, if you don’t know, Jurassic Park was fiction – it didn’t really happen, it was a movie.

And finally, a lesson in the birds and the bees – truly without reproductive parts, it’s awfully challenging for cats to breed. No, they can not “find a way.”

I concede TNR isn’t perfect. Caretakers make get bored or move away (though even then cats are spay/neutered); neighbors may dump cats into existing colonies (the problem here aren’t cats, it’s people).

However, TNR is the best approach I know of. Mr. Kass if you are aware of another way to humanely limit community cat numbers, I am eager to hear it.

The Kass story refers to feral cats as invasive species. Well, that depends on how describe invasive. Around the world feral cats have existed for thousands of years. Other efforts to eradicate or limit their numbers have included poisoning. Cats learn to sniff out the poison, and sometimes other animals, such as dogs or our children get into that poison. And poison isn’t the best thing environmentally. 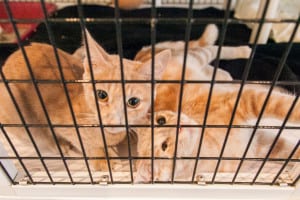 Some states have suggested making it legal to shoot the cats. How do you know you’re not shooting an owned indoor/outdoor cat?

And I can see it now, some dude who doesn’t like his neighbor points the gun, and later tells police, “Oh, I was just trying to hit a feral cat. It shot the neighbor by mistake (wink-wink).”

Seriously, living mostly nocturnal lives, and moving so quickly, they’re not so easy to shoot.

Another idea to for animal control to round up as many cats in a colony as they can, and then euthanize them.  Aside from a resource issue (animal control in most cities, including Chicago, is very understaffed), officials are lucky to capture half the cats in a colony. And even IF they can capture 90 percent of the cats – those that remain simply fill the void. This phenomenon has been studied, it’s call the vacuum affect. In fact, there are more cats typically in a colony after the void has been filled than there previously were (as cats are induced ovulators – meaning they literally breed like rabbits). So this approach may actually work to increase population.

Again, Mr. Kass – I’m listening, if you have another idea – I want to hear it.

You also criticized the Tree House Cat at Work Project, and worked City Hall into the mix (as if City Hall was directing this effort). 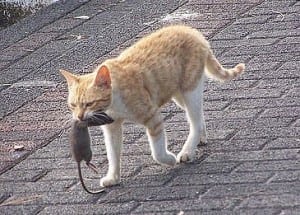 “I can’t help but feel the feral cat program is a scam. It lets cat lovers keep unwanted, baby-bird slaughtering cats alive to kill and kill again. And it deflects attention away from City Hall, which clearly can’t handle the rat problem on its own.”

True Chicago has a rat problem. Several years ago, Tree House thought about relocating some cats to where a rat problem was causing a problem for a business. Sure enough, when the cats moved in, the rodents moved out.

The cats are TNR’d – and supplemented with food. They’re not likely to eat (adult) rats or even try to – but the cats’ mere presence sends the rats packing. I’m unsure if the Mayor’s office is aware of the program or not, though several Aldermen has asked Tree House for help. And predictably, it works. The cats do deter rats, and it’s cost effective and there’s no poison needed. The cats are living outside anyway, why not move them to where there’s a rat problem? 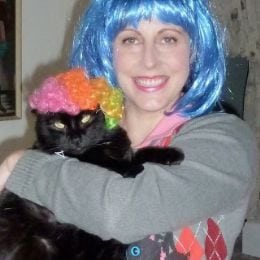 Kass adds, “It’s hard to grow up when a feral cat just chewed your head off. You can’t sing without a head.”

True enough – but Mr. Kass use your head. If you speak with urban ecologists and other wildlife experts, the FAR more serious threats to songbirds are air and light pollution, habitat destruction (particularly for migrating birds who fly back to incredibly shrinking forests) and perhaps even climate change. So, I hope your next column is about the habitat being destroyed that’s required by the migrating warblers your wrote about – it’s far more a threat for existence than cats.