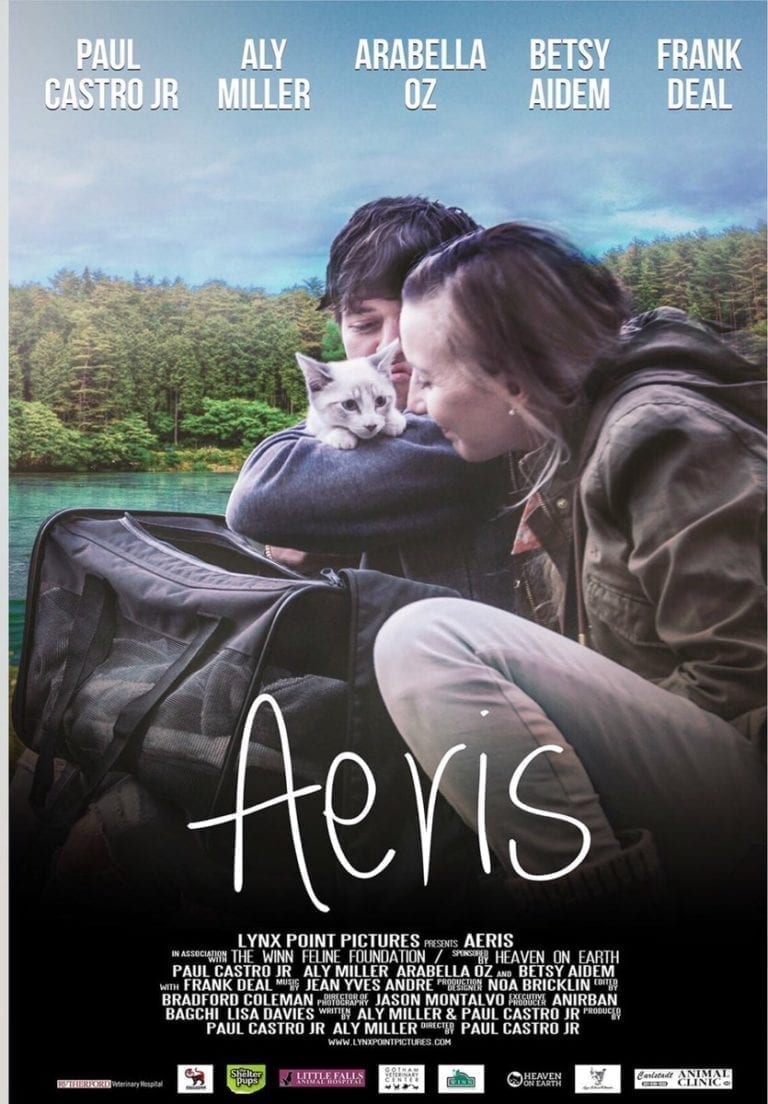 Imagine having a kitty diagnosed with feline infectious peritonitis or FIP, it’s totally heartbreaking. When young filmmakers Aly Miller and Peter Castro Jr.’s newly acquired kitty, Aeris, was diagnosed only a couple of years ago, FIP was still a death sentence. Miller and Castro made a film, called Aeris, about their experience. The movie opened at none other than Lincoln Center in New York City. And the film has since helped educate and illuminate to thousands about what FIP is, and also the work funded by the non-profit Winn Feline Foundation’s continuing effort to fund FIP studies via the Bria Fund.

It’s all paid off – announced at the Winn Feline Foundation Symposium on FIP, called Purrsuing FIP and WINNing is, is that FIP is now considered treatable!

Scientists from around the globe who have researched this complex disease attended the ground-breaking Symposium at the University of California Davis School of Veterinary Medicine, and so did Miller. She spoke about how the movie – which has won a boat load of film festival awards – came about. And how this one kitten, named Aeris, changed her life. Aeris is available on Amazon Prime.