Forget the Shock Collars All Together 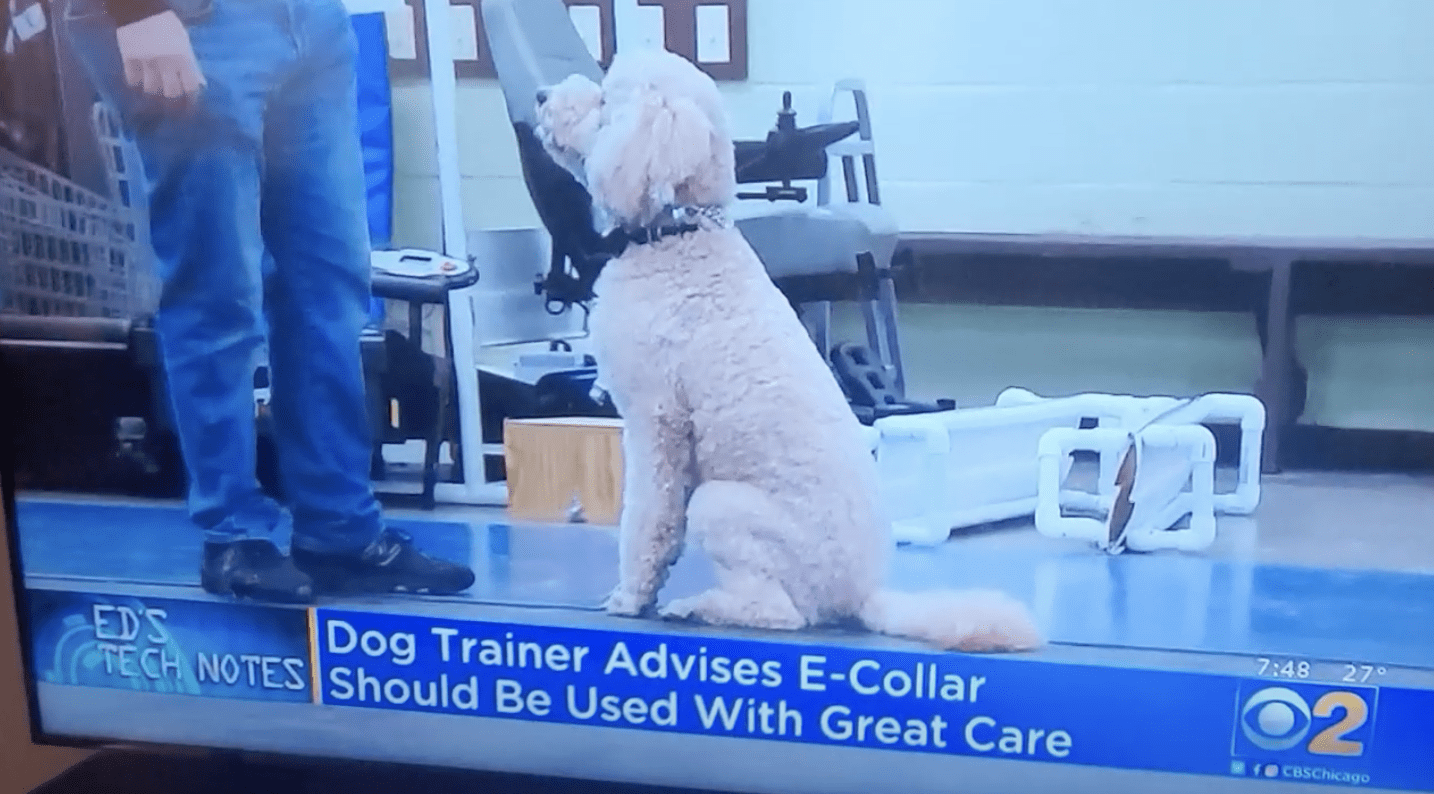 At this point I’ve now received several TV viewers expressing concern about a segment that aired on WBBM-TV, Chicago. Ed Curran, longtime meteorologist, I KNOW, cares about animals because I’ve known Ed for several decades and respect him enormously as a broadcaster. In this segment Curran talks about how the trainer is working with his dog Daisy, and we see a prong collar on this dog – and for what reason? Ed says himself, and correctly so, “There’s no quick way to train dogs, it’s all about communication between the owner and the animal.” So well, articulated.

Many nations have all together banned shock collars or electronic or e-collars. I’ve written and celebrated how Petco very recently – even in the midst of the pandemic – completely stopped selling all shock or ecollars.

Ed says the shock collars or e-collars are an inexpensive and powerful tool and should not be your first choice, and the trainers shown in this segment agree but also apparently use electronic or e-collars albeit not as a first option. But should it be any choice? Increasingly, dog behavior experts say “no.”

Curran is right when he adds, you never know what your dog may be capable of.