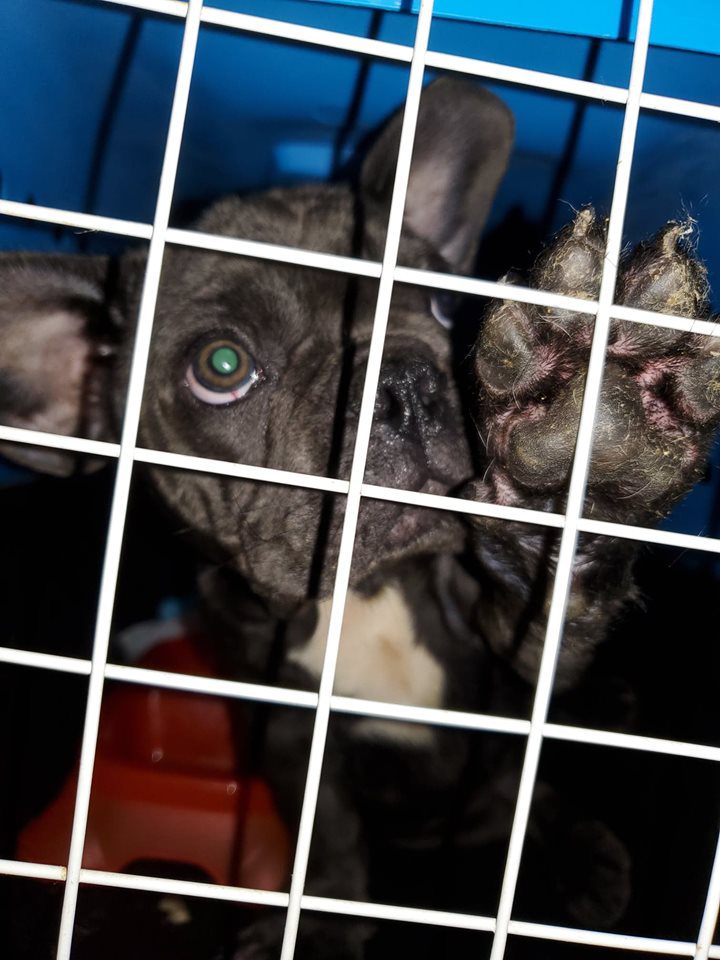 According to Chicago French Bulldog Rescue, on August 31st, approximately 20 dogs were confiscated from a warehouse within Chicago’s O’Hare Airport. These dogs arrived from Jordan on Royal Jordanian Airlines several days prior and inexplicably remained languishing for days in a warehouse without food and water, living in small cages in their own feces and urine.

All the dogs became ill, one died and two mysteriously disappeared and have yet to be discovered.

When dogs are flown in from other nations, paperwork is checked upon arrival by United States Department of Customs and Border Protection (USDCBP), the United States Department of Agriculture (USDA) and Centers for Disease Control and Prevention (CDC). The paperwork associated with the dogs was blatantly not valid, vaccination records in question, even the sex of the individuals didn’t match the records. A source told me, “Everything about the paperwork was fraudulent.”

By law, the CDC should have sent the dogs right back. That didn’t happen.

So, What’s the Real Story?

Instead, the dogs were all hidden in a warehouse near the airport, apparently associated with Royal Jordanian Airlines. A passerby truck driver happened to discover the dogs, and alerted a Chicago Police officer who did the right thing and expressed outrage. Chicago Animal Care and Control took two dogs, and the rest were all French Bulldogs which were taken in by Chicago French Bulldog Rescue. “We followed all the proper protocols,” says Mary Scheffke, founder/president of the rescue. Indeed, rescuers wearing PPE dealt with the dogs soaked in urine and feces like nothing Scheffke, who has been to puppy mills said she has ever smelled or witnessed. The dogs all received veterinary care. 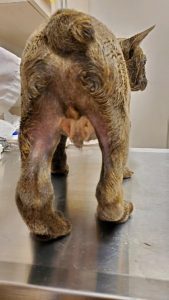 So, why did these dogs arrive in Chicago? The plan was for five individuals (all outside Chicago) to receive four dogs apiece. Who are these individuals? No one is certain of what their intent was but most probably to flip or resell the dogs for more money.

The USDCBP and USDA both indicate this isn’t their issue, what happens to the dogs is up to the CDC. And as of now the CDC is insisting that since the paperwork associated with the dogs is invalid, they must return to Jordan. However, they’re not answering why they weren’t returned immediately as the law dictates, or an explanation as to how they wound up languishing in a warehouse for days without food and water living on their own feces and urine. Federal agencies can’t explain how the owner of that warehouse wasn’t charged with a Federal offense of animal cruelty.

And the CDC won’t answer me at all.

So far, the rescue has spent $20,000 to care for the dogs. The veterinarians involved have acted in good faith, if not heroically. One dog with parvovirus has been treated successfully, and all the dogs vaccinated appropriately. The dogs are in quarantine and are no threat to public health or canine health at this point.

Dogs Could Be the Losers Here: CDC Views Them as Only Property

Since the CDC failed to confiscate the dogs, why now – all this time later are they not U.S. property? Based on previous cases, the CDC could offer amnesty. When government officials, including a U.S. Senator and two U.S. representatives attempted to help, the CDC repeatedly has said, “The dogs don’t need to be here.”

Meanwhile, the CDC appears unconcerned about a Belgian Malinois and a Cane Corso who have disappeared, whether they escaped or were taken no one knows. The agency say they’re worried about infectious disease. We know the dogs in Scheffke’s care are healthy; however nothing is known about the fugitive dogs.

“No one is really taking responsibility for what happened here,” says Scheffke, “Except Royal Jordanian Airlines has admitted that that the dogs flew without proper paperwork.” Meanwhile, the dogs are recovering, and Sheffke is adamant about not sending them back on a 13 hour flight to return to Jordan to presumably poor conditions.