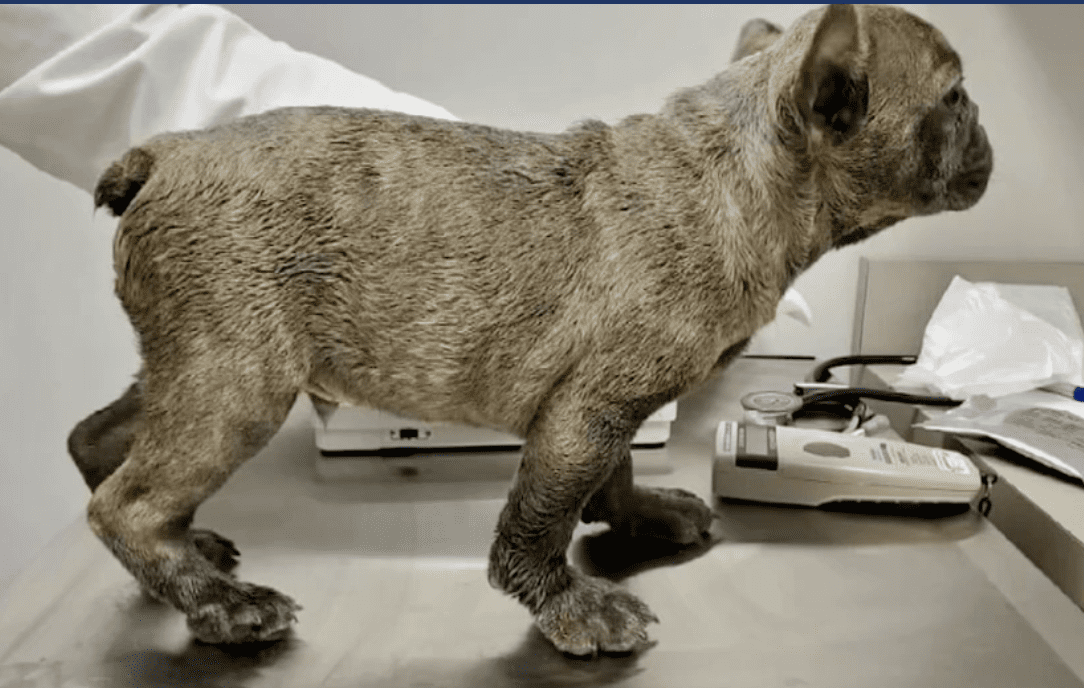 The story of 30 dogs, mostly French Bulldogs, that landed on Royal Jordanian Airlines at O’Hare Airport in Chicago and were hidden in a warehouse without food or water for days just got crazier. It turns out that, according Mary Scheffke, founder/president Chicago French Bulldog Rescue, that these dogs were a part of a Russian illegal dog ring.

This isn’t a wacky spy novel – it’s real. No one could make up what you are about to read:

Dogs were flown from Moscow to Jordan and then into the U.S. The dogs sit in Jordan (illegally) several days before being flown to Chicago. It seems like Royal Jordanian Airlines knew exactly what they were doing.

According to Scheffke, one of the recipients of these dogs explained, “It’s done all the time! However, this plane landed early.”

He explained that at 6 p.m. staff of the Centers for Disease Control and Prevention (CDC) go home. Planes carrying animals with fraudulent paperwork know this and don’t arrive at O’Hare until after 6. If the plane arrive after 6, fraudulent paperwork or not, the dogs would all have been picked up or delivered on still another journey to the brokers who proceed to flip the dog, or resell the dog. Each of these brokers paid about $250 for a French Bulldog. They resell them for up to $5,000. Some breeds sell for more or for less.

The paperwork on the dogs was clearly fraudulent. There’s no doubt about that. But no one is saying how or why the dogs immediately weren’t turned back to Jordan as the law indicates at the CDC (the lead agency in this case) is mandated to do for public health reasons. Instead the dogs were hidden away in a warehouse near the Airport. The dogs were not fed or given water for days. There were two dogs to each small carrier, and the dogs languished the entire time in their own urine and feces.

A passing truck driver somehow discovered the dogs, and reported the scene to the Chicago Police Department. The officer was insistent that action be taken, although those at this warehouse were resistant. Chicago French Bulldog Rescue was called, and immediately began to follow government protocol (using personal protection equipment to protect themselves) and without exposing the dogs to anyone, took them directly for much needed veterinary care.

At this point Sheffke confirmed two dogs, a Belgian Malinois and a Cane Corso, were apparently missing, which the CDC was uninterested in.

Now, Scheffke reports that CDC did know all along that one of the brokers, from Florida, was able to take these two dogs. How does that happen?

With the French Bulldogs vaccinated and quarantined Sheffke doesn’t understand why the CDC has refused to allow them to be adopted. Sheffke says that, if the CDC feels they somehow require  better or additional quarantine, the University of Wisconsin School of Veterinary Medicine is an appropriate facility, and they have offered.

Instead of dealing with the tangled mess of how these dogs managed to get into the country, and Royal Jordanian Airlines apparent participation, confining these dogs inhumanely in the warehouse or confirming that that two dogs allowed to go have had appropriate vaccines – thus far they appear solely insistant on having the French Bulldogs return to Jordan.

So if that happens as the CDC continues to insist – here’s how it goes down:

Sheffke and volunteers deliver the dogs to the airport on Monday morning as requested by the CDC at 9AM. The dogs are going to be at the same warehouse which nearly let them die (and one did die, though that may have happened in-flight). The dogs will likely not be cared for in any way and just loaded on to the plane for a 2:35 p.m. departure. The flight will take 13 hours, and the dogs will travel in cargo. Being a brachycephalic breed (with a limited airway), they don’t do well in heat, and some may not even survive the heat of being crowded into cargo, combined with horrible stress. Since the dogs now had rabies vaccines in Chicago, Jordan will likely send the dogs right back to Chicago. That’s because Jordan has a law that they only accept dogs into the country that have been vaccinated for 30 days. How are these dogs going to survive still, yet another 13 hour plane ride returning again to Chicago? Once back in Chicago, as long as they arrive after 6 p.m. there’s no one to stop them – and that may be the Russian master plan.

Even over a weekend – please contact the CDC 1.800.232.4636 and ask them to grant amnesty for these 15 puppies and  sign the petition https://www.change.org/p/urgent-save-the-lives-and-stop-the-deportation-of-15-neglected-french-bulldog-puppies?redirect=false and allow Chicago French Bulldog Rescue to continue to care for them.

In previous instances – and not nearly this extreme – the CDC has granted amnesty; they can do it.