French Bulldogs Return to Jordan on Hold: For Now 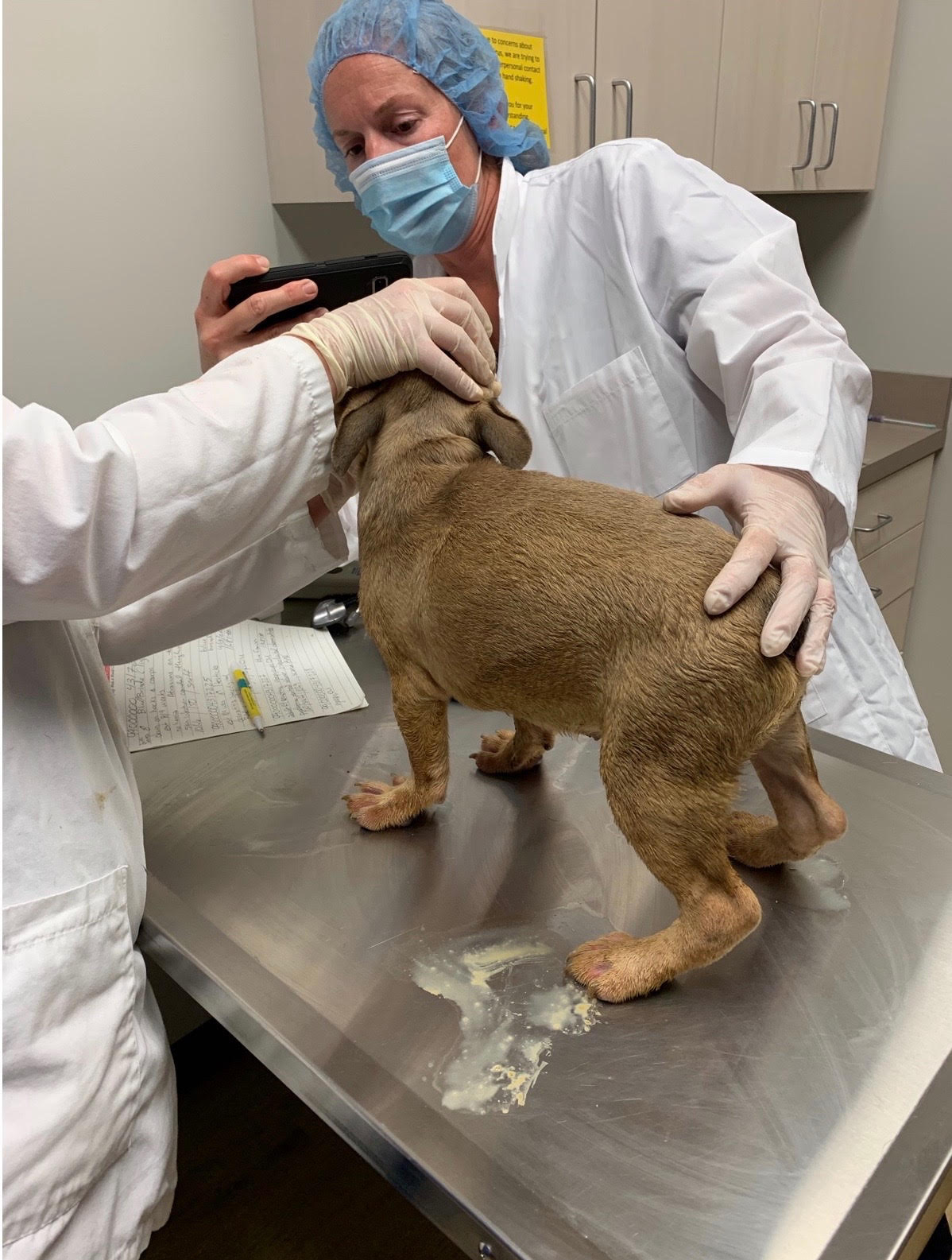 “Out of ongoing concern by Chicago French Bulldog Rescue for the health and welfare of the 15 puppies rescued from a warehouse at O’Hare International Airport, I have informed all relevant agencies of the government and Royal Jordanian Airlines earlier today that the rescue will not be turning over the 15 French bulldog puppies to anyone tomorrow, Monday at 9:00 am.”

First it was a story of Federal agencies not turning back a plane – as the law mandates – when imported dogs don’t have the proper paper work. Instead, the dogs (mostly French Bulldogs) were apparently hidden. They were accidentally found in a warehouse near O’Hare Airport, Chicago, by a concerned passerby. Since they were mostly French Bulldog, Chicago French Bulldog Rescue swooped in to rescue the dogs who hadn’t eaten in days, and also were sitting crowded together in their own feces and urine, and we unwell. One dead was found dead (it’s unknown if that dog died on the airplane or in the warehouse).

After following appropriate medical protocols the dogs were treated and vaccinated and quarantined.

Naturally, French Bulldog rescue thought, at this point, after weeks, they could adopt the dogs. But the Centers for Disease Control and Prevention (CDC) said they cannot be adopted and ordered the dogs return to Jordan. At about that point, it was revealed that the dogs actually originated from Russia, and arrived here illegally, and this illegal entry occurs with some frequency by sneaking the dogs in after CDC employees go home for the day. Now, perhaps as a result of the press and public outcry the CDC has put a hold on the dogs returning to Jordan, which could be a death sentence for various reasons outlined here.

Keep the pressure on; contact the CDC 1.800.232.4636 and ask them to grant amnesty for these 15 puppies and  sign the petition https://www.change.org/p/urgent-save-the-lives-and-stop-the-deportation-of-15-neglected-french-bulldog-puppies?redirect=false and allow Chicago French Bulldog Rescue to continue to care for them. So far well over 100,000 signatures.

In previous instances – and not nearly this extreme – the CDC has granted amnesty; they can do it.