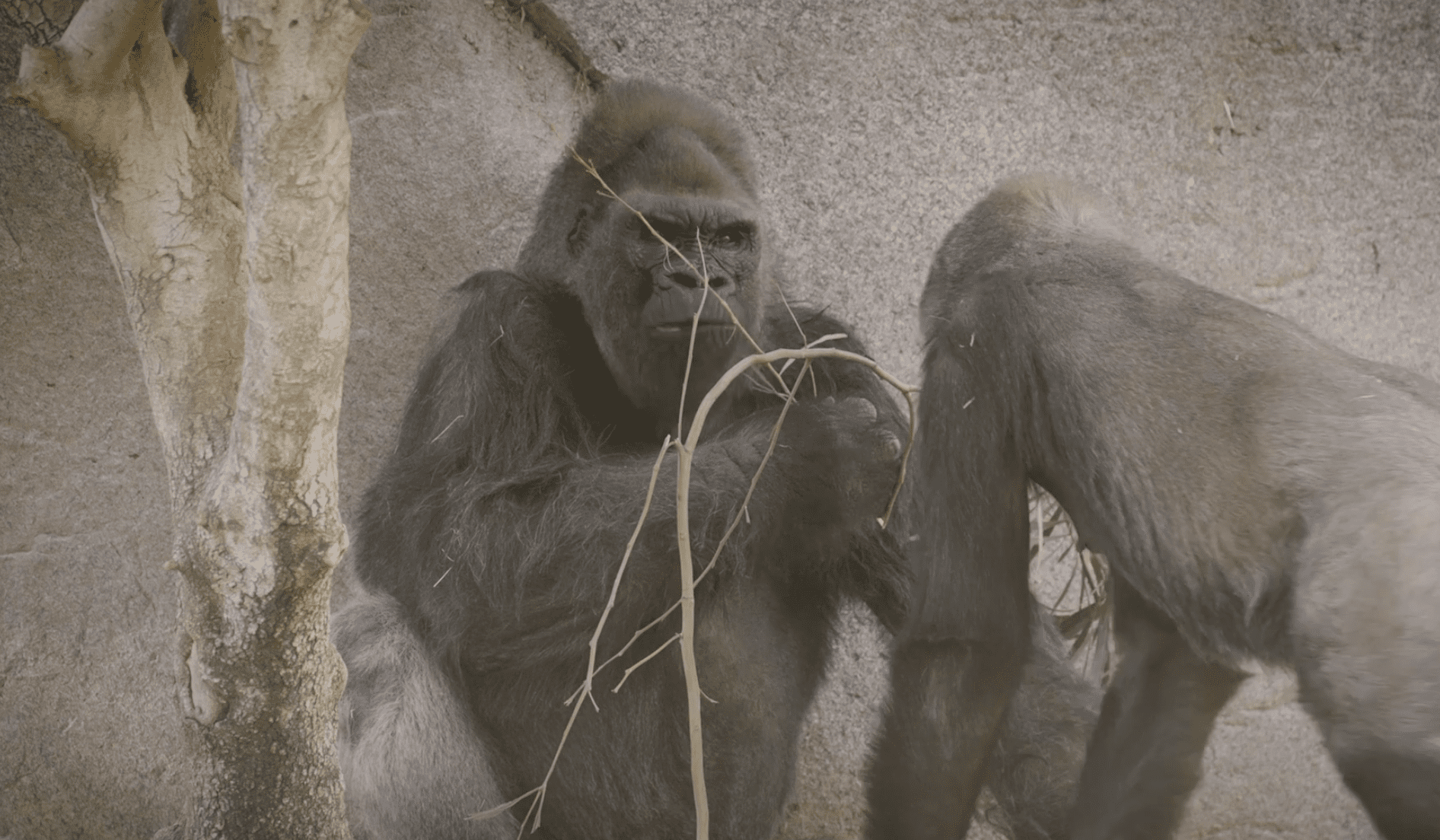 It’s not news that non-human primates are prone to most of the same viruses we are, including those corona viruses which cause the common cold and now, we know, SARS (Sudden Acute Respiratory Syndrome) CoV-2 which causes COVID-19. The U.S Department of Agriculture (USDA) National Veterinary Services Laboratories (NVSL) initially confirmed the positive results of two lowland gorillas at the San Diego Zoo Safari Park on Monday, January 11. 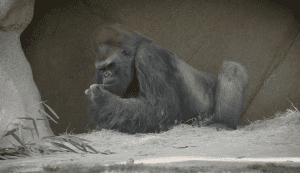 The troop was infected with the L452R variant, or B.1.429 lineage, of the coronavirus, which has been increasingly identified in California and is likely more contagious than other strains. The troop has remained under close observation since the diagnosis, when some of the endangered gorillas showed symptoms including mild coughing, congestion, nasal discharge and intermittent lethargy. However, just as in humans – at least in this instance, being elderly with pre-existing health issues does matter.

From a zoo press alert, due to advanced age, symptoms including cough and lethargy, and a concern for underlying medical conditions, the silverback, Winston, underwent a diagnostic examination under anesthesia. Veterinarians confirmed pneumonia and heart disease. Following consultation with specialists, treatment was initiated, including heart medications, antibiotics and monoclonal antibody therapy. The monoclonal antibody therapy originated from a supply that was not permitted for human use. Treatment with these synthetic versions of the body’s natural defenses is thought to be effective in diminishing effects from the virus. The veterinary team who treated Winston believe the antibodies may have contributed to his ability to overcome the virus. So there is good news, Winston is now on the mend. 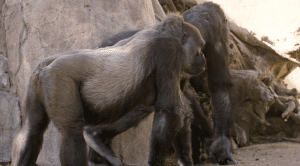 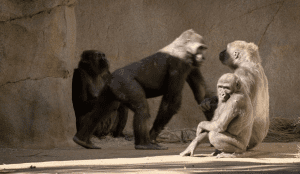 While the sharing of information and what was learned from this experience has already begun among wildlife care professionals at over 200 zoos worldwide, San Diego Zoo Global is committed to providing resources from occurrences at its parks in San Diego with conservation organizations globally, for the further protection of the species. San Diego Zoo Global recognizes that the documentation of the SARS-CoV-2 virus in gorillas at the San Diego Zoo Safari Park may provide important information regarding scientific understanding of the virus and its effects on great apes. The organization will continue to share what it has learned about curbing zoonotic disease transmission, biosecurity protocols in managed care and field settings, and the implications to ensuring optimal health outcomes for humans and wildlife globally. Certainly, the organization has been transparent in an effort to help others. More information is here.

The good news is that there are no reports of great apes or any non-human primates in other zoos diagnosed with COVID-19. Having said that, some zoos in some countries may not pay as careful attention, and as many people are often asymptomatic, the same is likely true for great apes.