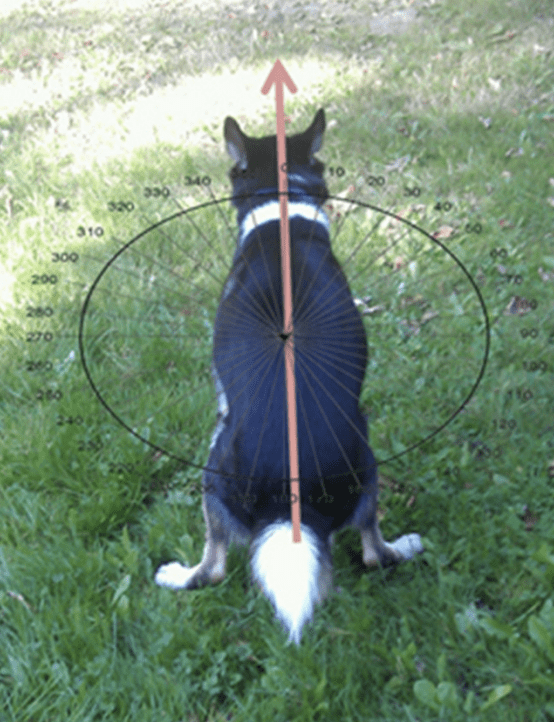 It’s thought that birds use the earth’s magnetic field to help them to find their way. It turns out dogs may use the earth’s magnetic field to line them up in just the right direction when they go to the bathroom, in a north-south axis, according to a  new study published in the journal Frontiers in Zoology. So, dog turn, often three times, and face a specific direction with a purpose.

The study suggests that dogs are sensitive to small variations in earth’s magnetic field. After examining 70 dogs of 37 breeds for over two years, researchers said it was clear that very vast majority of dogs have an identical preference. Breed or size or the sex of the dog of dog doesn’t matter. After 1,893 defecations and 5,582 urinations, researchers found that under “calm magnetic field conditions,” dogs preferred to “excrete with the body being aligned along the north-south axis,” avoiding east-west altogether.

Dogs were observed in a free-roaming environment, meaning they were not leashed and not influenced by walls or roads that would influence linear movement. The observations were conducted in Czech Republic and in Germany, so whether the response may be different on another continent or particularly in the Southern hemisphere is not known.

For eons dog owners have wondered by dogs appear to have a preference. This study confirms that dogs don’t like pointing east-west. Have you noticed with your own dogs?

Still, no one has a clue regarding why dogs might have this absolute preference for doing their business in conjunction with a north-south axis.