Growing Up with Dogs Could Mean Fewer Adults with Schizophrenia 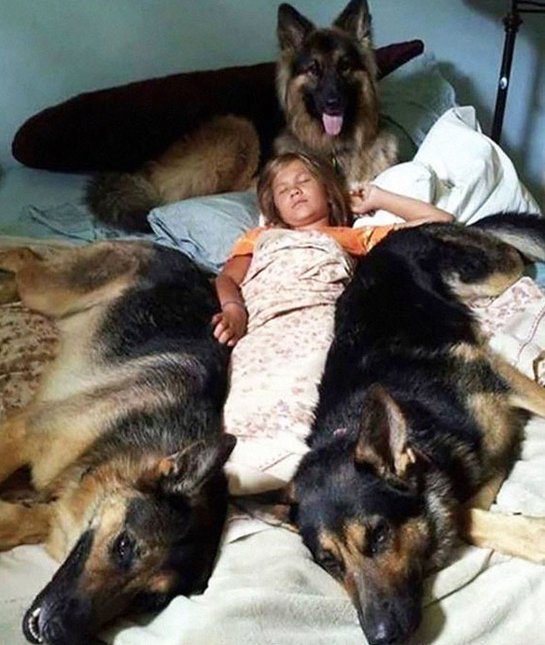 Here’s good news, a new study published in PLOS One from Johns Hopkins Medicine found that growing up with dogs lessens the chance of developing schizophrenia later in life.

“Serious psychiatric disorders have been associated with alterations in the immune system linked to environmental exposures in early life, and since household pets are often among the first things with which children have close contact, it was logical for us to explore the possibilities of a connection between the two,” says Robert Yolken, chair of the Stanley Division of Developmental Neurovirology and professor of neurovirology in pediatrics at the Johns Hopkins School of Medicine. He is the lead author of the research paper

In the study, Yolken and colleagues investigated the relationship between exposure to a household pet cat or dog up to the of 12 and a later diagnosis of schizophrenia or bipolar disorder.

The researchers concede that more studies are needed to confirm these findings, to search for the factors behind any strongly supported links, and to more precisely define the actual risks of developing psychiatric disorders from exposing infants and children under age 13 to pet cats and dogs.

Many previous studies conducted by groups around the world have shown a myriad of benefits growing up with dogs and/or cats.

Some investigators, Yolken notes, suspect that this “immune modulation” may alter the risk of developing psychiatric disorders to which a person is genetically or otherwise predisposed.

In their study, Yolken and colleagues looked at a population of 1,371 men and women between the ages of 18 and 65: 396 people with schizophrenia, 381 with bipolar disorder, and 594 controls. Information documented about each person included age, gender, race/ethnicity, place of birth, and highest level of parental education (as a measure of socioeconomic status). All study participants were asked if they had a household pet cat or dog or both during their first 12 years of life.

Yolken says, the findings suggest that people who are exposed to a pet dog before their 13th birthday are as much as 24 percent less likely to be diagnosed later with schizophrenia.

The largest apparent protective effect was found for children who had a household pet dog at birth or were first exposed after birth but before their third birthday. Also, there was no suggestion that cats could cause schizophrenia.