Guinea Pigs and Dust Transmission of the Corona Virus 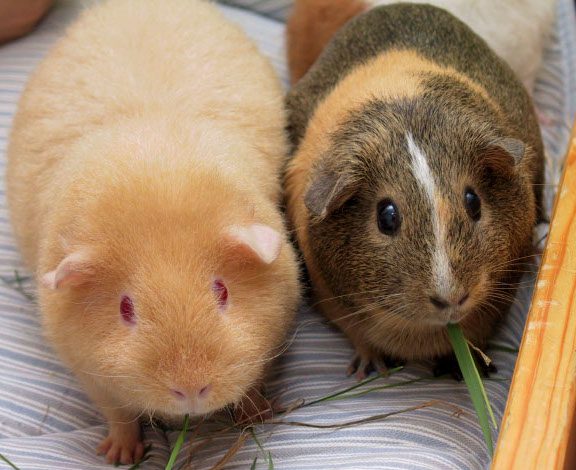 People can transmit respiratory viruses, like the ones that cause flu and COVID-19, just by talking, coughing and sneezing. Virus-contaminated surfaces, called fomites, can also cause infection when people touch the surface and then touch their nose or mouth. Now, new research suggests that dust particles kicked up from those contaminated surfaces, called aerosolized fomites, may also spread such respiratory viruses. So, do you need to wear a mask when dusting or vacuuming? Do you need to vacuum more often? Well, it’s not that simple.

The study wasn’t focused solely on SARS CoV-2 (which causes COVID-19) but used Guinea pigs to determine transmission of the influenza (flu) virus. However, researchers suggest that likely what may be true for the influenza virus is likely the case fo the novel corona virus (SARS CoV-2)

William Ristenpart, who is the engineer and lead researcher at the U of C, Davis, and his colleagues, infected Guinea pigs with influenza virus. First, the researchers used an aerodynamic particle sizer to monitor the microscopic dust released by guinea pigs in their cage. The number of particles depended on how active the animals were, Ristenpart tells Popular Science, and the most energetic rodents released up to 1,000 particles per second. Later, after the same animals had been infected with influenza, the team found the virus on their fur, ears, and paws. Because guinea pigs don’t sneeze when they have the flu, researchers say the virus may end up on different parts of the animals as they walk and groom.

To filter out the proportion of aerosols produced by breathing, Ristenpart next created what he calls “guinea pig burritos,” wrapping anesthetized animals in a small aluminum sleeve to block dust particles. The team measured the particles the animals breathed out of a small hole left for their noses. The captured particles were much less abundant than in the previous experiment, showing that airborne fomites are responsible for most of the particles given off by guinea pigs.

Researchers then used a paintbrush to coat virus on animals that had already been infected and were immune to the virus having recovered. Each virus-covered rodent was put in a cage separate from, but attached to, a cage housing an uninfected companion. The setup ensured that the only way to spread the virus from one animal to another was through the air.

Three of 12 guinea pig pairs became infected from aerosolized fomites in dust kicked up from bedding or fur, the study suggests.

In human settings, that dust might come from used tissues, bed sheets or blankets or just about anything that can collect dust. Could this even be an issue in hospital room?

“It’s really shocking to most virologists and epidemiologists that airborne dust, rather than expiratory droplets, can carry influenza virus capable of infecting animals,” Ristenpart says in a press release.

This study only opens the door to even considering aerosolized fomites. There’s no definitive answer here, and one wouldn’t want to over-state that relationship between Guinea pig transmission compared to human transmission.