Halloween and Pets: Is It Crazy or Fun? 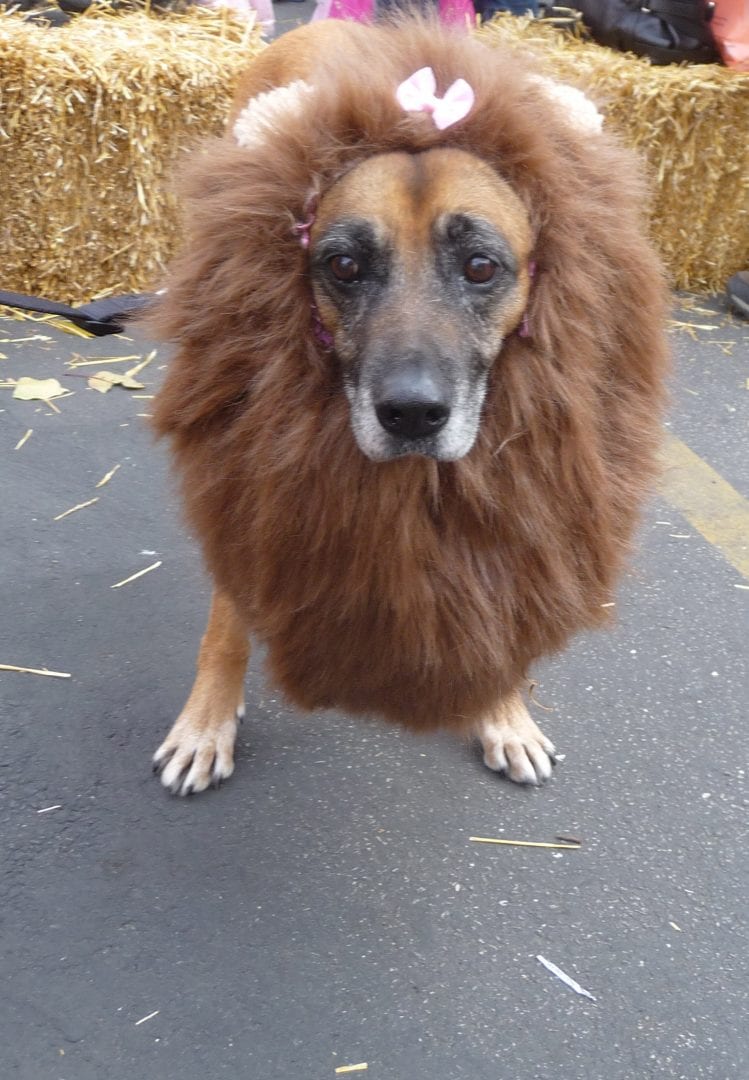 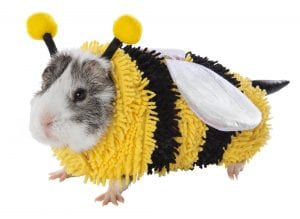 Twenty years ago, few pet costumes were even available at retail stores. Today, Petco and PetSmart each carry over 100 costumes in many store and even more online. The costumes are mostly for dogs but also cats, and even Guinea pigs and ferrets can get into the Halloween spirit. However, no costumes are created for fish – and that’s likely a very good idea. 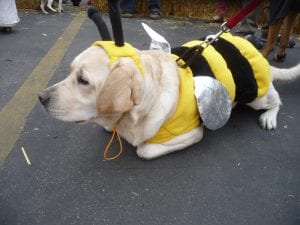 According to the NRF, the top five pet costumes are expected to be:

Sometimes pet caretakers do have a devil of a time convincing the pet to wear the costume.

True enough some dogs and very few cats do relish the extra attention and being doted on.  Other dogs and cats may not be overjoyed about the idea of dressing as a duck or Spiderman -but tolerate the experience, of in exchange for treats. Associated the costume with treats, and allowing the pet to acclimate slowly often works. 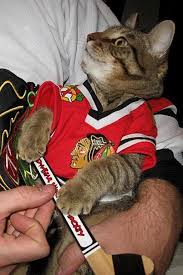 Still, no matter what you do some pets appear humiliated (likely because they are) or just stand there and shake. For these pets, often wearing a banana or bat ears may be far more readily accepted. Or purchase a bow tie and just slip it over your pup’s collar – most dogs won’t even notice. However, at some point, you best bet might be to throw in the towel or cape and give up on forcing the situation. 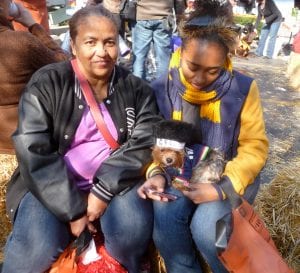 Ensure all costumes are roomy enough for comfort and not to inhibit movement, but not so roomy that the pet will slip out of it. And pets should never wear masks.

More and more people are toting the entire family through the neighborhood. For starters, understand that not all dogs have the temperament for dealing with all the noise and commotion. Also, not all parents have the temperament to watch over, say three kids and also the family dog. That’s a lot.

For dogs who do join the trick or treaters here are some safety tips: