What Happened to Most Humane State Status? 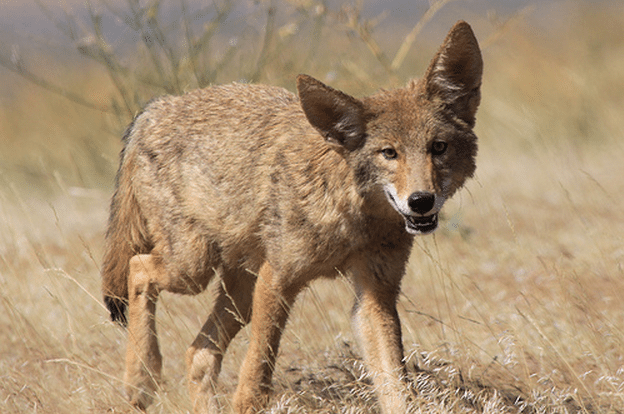 What’s wrong with Illinois? Once the state that won awards for animal protection and for being the most humane state, no longer.

I suppose, It’s one thing to get up before dawn, and to go out hunting for water fowl or deer. To stalk the quarry, and if you are lucky to shoot and kill. And then perhaps you then eat what you’ve shot. It’s not my thing – but at least that seems acceptable.

It’s another thing all together to support what’s now happening in Illinois, outright savage cruelty for the sake of it. It’s not only the animals themselves; it’s the people I worry about. What kind of people take joy in this?

Urban residents may not be aware – may not even believe what I am writing can exist because it is so barbaric and without any purpose. 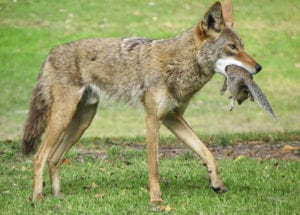 There are coyote roundups in Illinois. Earlier this year, there was the Southern Illinois Predator Challenge, held at Lake of Egypt, IL. Two-person teams compete to kill the most coyotes in a 24-hour period. And on February 24 to 26, stay tuned for another killing event in Murphysboro, IL.

Sportsmanship is one thing – these events are also about using modern technology, like electronic tracking to shoot and kill, no so much a predator “challenge.” In fact here’s very little challenge.

What’s more, according to printed reports, the animals are shot without knowledge that they are shot dead – so they may be wandering injured for hours or days, suffering.

Defense of the event is that these activities control over-population issues among coyotes. Where, in fact, mother nature does a pretty darn good job of controlling coyote over-population. And if you do achieve the goal to lower their numbers, you only have more rabbit, and rodents which the coyotes eat. They sometimes eat baby deer, or deer injured or sick, and there’s the persistent complaint of too many deer. There’s no scientific evidence or common sense to support a need for these hunts, other than for the expressed purpose to kill.

If that’s not enough, many of the same Illinois legislators who denounced the unlawful killing of a lion in far off Africa, supported allowing for killing of bobcat in Illinois. 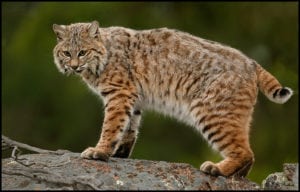 We don’t have any big cat  – lion or tiger or snow leopard roaming Illinois woods, but we do have some bobcat. They’re not so big really, but it’s the biggest wild cat we have. And some legislators went out on a crazy limb, so determined to support shooting bobcat, they made some very odd public statements. One presumably educated legislator even implied that if don’t shoot bobcat they may eat our babies.

I’m don’t believe I even need to say this, but for the record – bobcat are no threat whatsoever to people, and that includes babies if there’s an adult nearby. If you leave your baby out in the woods – I’m not sure.

“The recovery of the bobcat in Illinois is a conservation success story that must be credited to our state’s hunters and trappers, whose licenses, stamps and fees fund conservation efforts for many species in Illinois – including the bobcat,” Wayne Rosenthal, Director of Illinois Department of Natural Resources (IDNR) .

I am obviously clearly mistaken when I understood the mission is the Illinois Department of Natural Resources is to protect our natural resources, not diminish them. 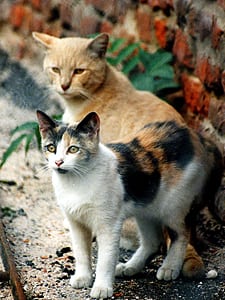 IN 2016 the IDNR told legislators, vote ‘NO’ on the bill, which supported continued dollars for spay/neuter, and support for community (feral) cats. TNVR (trap-neuter-vaccinate-return) programs. The Governor supported this measure, which the DNR referred to cats responsible for extinction of numerous mammals, reptiles and at least 33 bird species. Additional IDNR claims have been just as outlandish. Yet, somehow, the bill (which importantly was to renew using existing funds, not new monies) was then derailed.

In a handout passed out to legislators filled with alternative facts, among them, the DNR said: “Domestic cats are responsible for extinction of numerous mammals, reptiles and at least 33 bird species globally. A study, published in 2013, estimated between 1.4 to 3.7 billion birds and 6.9 to 20.7 billion mammals are killed annually in the U.S. by feral and free-ranging cats.”

These sensational claims are from Smithsonian article that estimates that cats kill approximately 1.4 to 3.7 billion birds every year in the United States (Loss, Will, and Marra 2013).  As researcher  Anne E. Beall, Ph.D. is CEO of Beall Research, Inc. and the author of “Community Cats: A Journey into the World of Feral Cats.” points out in a guest blog, the first problem is that the total number of birds that cats are estimated to kill is implausible (Wolf 2013). The current number of birds who reside in the United States is 3.2 billion and in North America, 5.8 billion (Partners in Flight 2013). If cats were killing all these birds, they would be killing 43 to 100 percent of the U.S. bird population each year. If that situation were an actuality, the bird population would be entirely wiped out within one to two years.”

Cats have not impacted any U.S. species (birds, mammals or reptiles) – with impact defined as moving a species to a “threatened” or “endangered” list as a result of predation.

To date, IDNR has clearly stated they don’t like trap-neuter-vaccinate-return but have not offered a better idea. 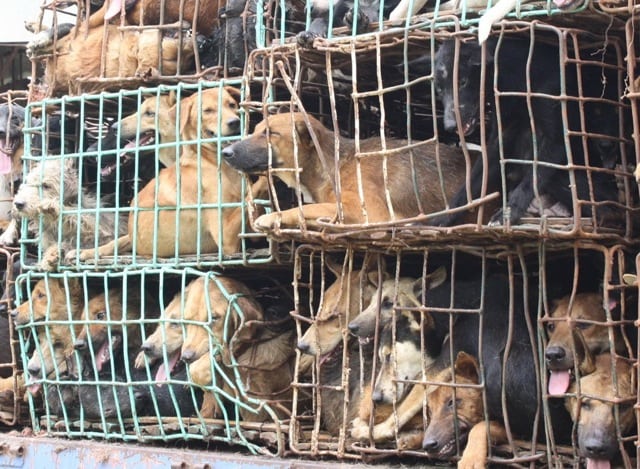 In the most recent turn of events, legislators are offering a bill which will ultimately help puppy mills to prosper. A collation that calls itself Illinois Pet Lover’s Association wants to prevent any local or state-wide ban against pet stores selling dogs and cats. Cities, like Chicago, which have already supported a ban – because pet store animals are from puppy mills and commercial facilities – will be required to reverse their ordinances. Among those in this not so pet-loving coalition,  American Kennel Club, Illinois State Veterinary Medical Association, Pet Industry Joint Advisory Council, and the Illinois Federation of Dog Clubs & Owners.

Mahatma Gandhi said, “The greatness of a nation can be judged by the way its animals are treated” Well, if the same is true for states – Illinois will not be judged well, and should be ashamed.