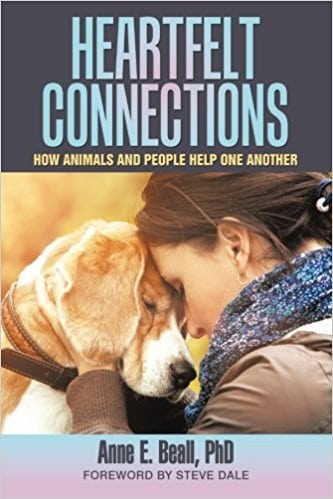 How animals and people help one another is an intense area of exploration these days. Author Dr. Anne Beall crisscrossed America, and found some pretty impactful and surprising examples in her book Heartfelt Connections. 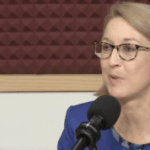 The book isn’t only filled with anecdotal stories—some will make you laugh, while others are so touching you may shed a tear—Beall is herself a researcher, so there’s data here, which she collected, to support the human-animal bond.

One of the stories is about a Portuguese water dog named Marco, from Rainbow Animal Assisted Therapy in Chicago, who worked with a little boy named Dan. Two human therapists worked with Dan, and Marco brought Dan’s therapist count to three. The boy had problems moving and controlling his arms, so the therapists helped to direct his arms onto Marco so he could pet him. The giant smile appeared on Dan’s face when he touched the dog, and he appeared more motivated to reach toward Marco.

Amy, a three-year-old girl, had trouble walking and standing, but “bowling” against Marco was fun, and it was something she not only managed to do, but actually asked for. This little girl was sometimes resistant to additional therapy and new ideas when coming from the human therapists, but she was wide open to any idea she was told was Marco’s. 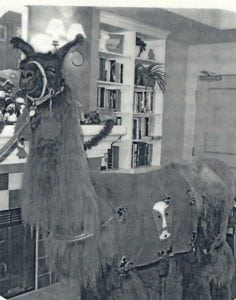 Beall learned that animals don’t necessarily need to be dogs or cats to break through and reach people in a way that humans sometimes cannot. Case in point: Flight. Flight is a llama. At Brookdale Bellingham, in Bellingham, Washington, Niki Kuklenski and Flight sometimes visit a memory care unit. The patients enjoy seeing Flight, and laugh and wonder at the large animal. The patients with Alzheimer’s and dementia may not recall two minutes later what they did, but they delighted in the moment. 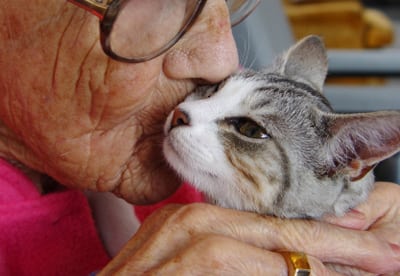 Beall visited a rural area outside of Dallas to meet a local celebrity, a Pet Partners certified pig named Norman. Pet Partners certifies far more therapy animals than any other U.S. organization, and while most are dogs, other species are included. The talented Norman regularly shows off his many tricks at assisted living centers, nursing homes, and daycare centers, and those tricks are David Letterman-worthy. Norman also served as a stress-buster, visiting Southern Methodist University while students were studying for exams. 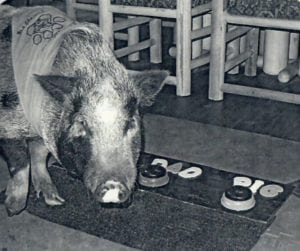 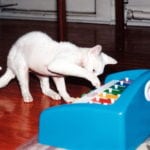 Beall tells many stories in the book. And I got to tell one in the introduction, which I was honored to author. I wrote about how Ricky, my piano-playing cat, connected with a little boy with special needs, helping him to talk about his father’s death for the first time.

No one forces people to have pets, yet most people in America have at least one. Why?

Because pets are good for us. Many appear to be able to read our feelings, or at least we think they do. According to Beall’s data, 58 percent suggest their pets can pick up on their emotions.

Also, nearly all pet owners say their pet has helped them with one or more of the following:

Clearly, life is better with pets.