Heartworm Vaccine on the Horizon: But Do We Need It? 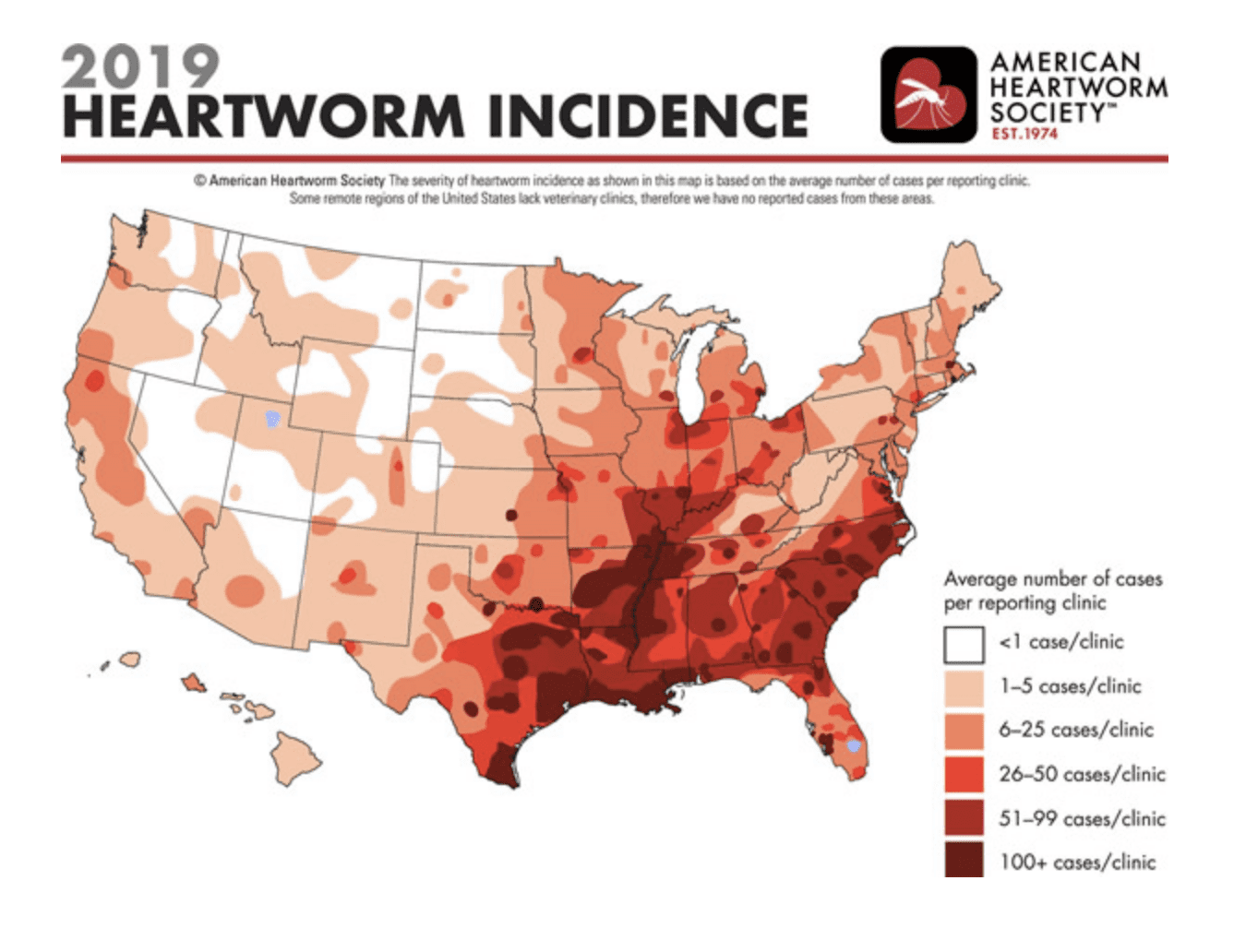 Heartworm disease in dogs and cats is greatly preventable, yet so many pet parents don’t give their pets a preventive product that will prevent the potentially deadly disease spread by mosquitoes. Also, there are some pockets of resistance to chewable products. In response researchers from the University of Liverpool in the United Kingdom are working toward the development of a heartworm vaccine to combat the growing threat posed by the resistance of Dirofilaria immitis to macrocyclic lactones (traditional heartworm preventives).

The American Heartworm Society (AHS) estimates that more than a million dogs in the U.S. have heartworm disease. This means an expensive and difficult to tolerate treatment is required. And ultimately some dogs will die that simply don’t need to die. Also, according to an analysis published in Parasites & Vectors in 2018, infection incidence is on the rise, with AHS reporting a 21.7 percent increase in average cases per clinic between 2013 and 2016. The analysis lists poor compliance as about two-thirds of dogs don’t receive any heartworm prevention. This fact is astounding but real. Sometimes veterinarians have even thrown in the towel, not even bothering to communicate to clients how important heartworm prevention is. Another problem is that many pet parents purchase their flea/tick products online or at retail stores. In that habit, they don’t get a heartworm preventive since those can only be purchased at veterinary clinics. Also, emerging resistance to macrocyclic lactones as potential causes for the concerning upward trend. Now, combine all this with mosquito populations. Also, dogs carrying heartworm being moved into previously low heartworm areas for adoption. Heartworm isn’t contagious, but the complex life-cycle in perpetuated with more incidence of the disease.

While the vaccine would be protective against the growing resistance issue with the chewable products, others inquire about downsides or why even bother?

The vaccination would be presumably be good for a year. But why that choice when the injectables ProHeart 6 and ProHeart12 are already on the market? While an injectable is technically not a vaccine, the affect is about identical. With no monthly doses to remember, there are no gaps in protection for either six months or a full year. The downside of the injectables (while they are effective against heartworm without resistance) or any potential vaccine, is that current heartworm chewables simultaneously protect against several intestinal parasites.