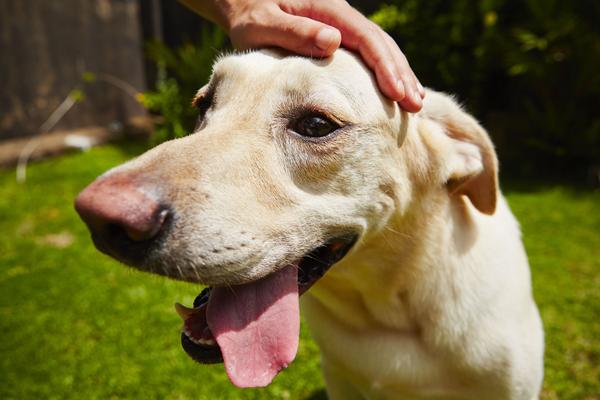 If you are hot, assume your dog is hotter. Dogs can’t physiologically deal with heat as well as people, as panting isn’t as efficient as a natural air conditioner as sweating is. Dogs perspire a bit form their paw pads, but they mostly don’t sweat. 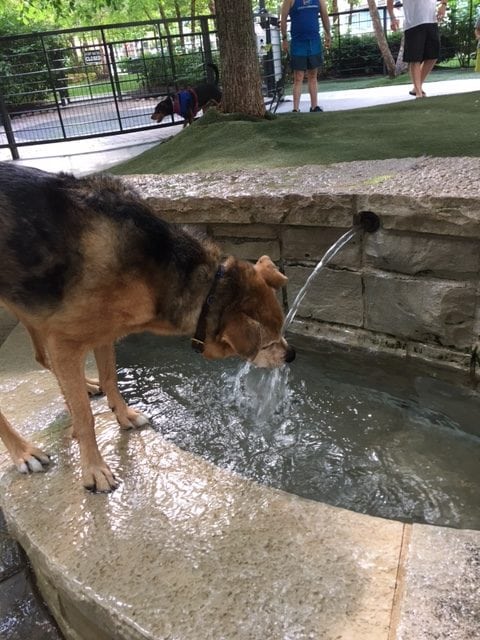 Put simply, during exposure to high ambient temperatures, the heat load increases faster than the animal can dissipate heat from the body. And emergency veterinarians really do see dogs suffering from heat stroke, and some die.

All dogs are not equally susceptible to heat stroke:

Large dogs, including giant breeds, have an increased risk of heat stroke.

Also, more at risk are dark colored dogs. Instead of reflecting heat (as white colored dogs do), they absorb heat. This is why we tend to wear while t-shirts, and not black t-shirts when it’s really hot outside.

Age often plays a role, as older dogs just have more difficulty regulating their temperatures, and keeping cool.  Older dogs are more susceptible to heat stroke also because they may be more prone to assorted medical conditions which may make matters worse; obesity likely tops the list. And this is important since nearly half all dogs in the U.S. are overweight or obese.

Heatstroke is most an issue in poorly ventilated environments such as inside a car with the windows closed, even on a moderately hot day. Temperatures inside a closed car in direct sun may exceed 120° F (48° C) in less than 20 minutes and death may occur. I demonstrate in this video.

Patients with heatstroke or heat exhaustion often present with one or more of the following symptoms: 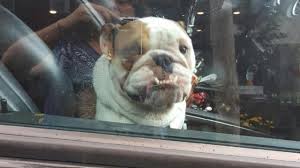 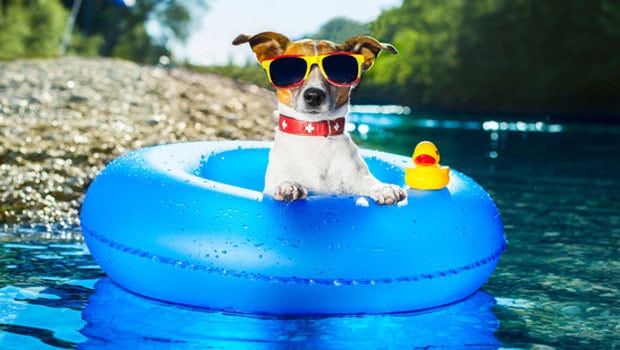 Immersion in ice or cold water is currently discouraged (because it may cause peripheral vasoconstriction, lead to an increased core body temperature, and prevent vasodilation, an animal’s primary method of thermoregulation). The cool down process must be gradual.  Methods of cooling include soaking with lukewarm water, covering the patient with towels soaked with lukewarm water, and placing a fan in front of patients to maximize heat loss through radiation and convection.

If your veterinarian suspects your dog has a high temperature due to a fever then they can use drugs to try and help decrease the temperature along with other cooling measures if needed. Fluids, and blood products may be required. Measuring urine output may also be important.

Heatstroke can result in widespread, permanent organ failure (eg, renal, hepatic, cerebral, which is brain damage). A hyperthermia patient’s prognosis depends any one or a combination of the following:

When animals die of heatstroke, it typically occurs within 24 hours. Patients that survive 48 hours usually have a favorable outcome. Thus, early recognition and quick treatment implementation are important.

Of course, the best thing any pet owner can do is to prevent. And for the most part, heat stroke is preventable.