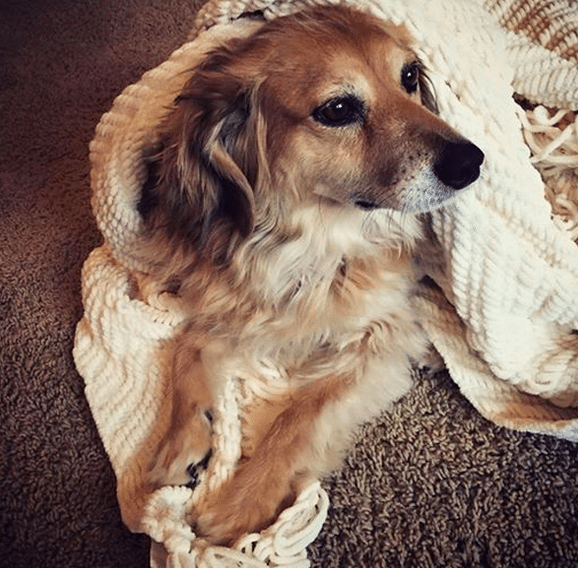 It never made sense to me how researchers would induce cancers in rodents to study the disease in people. Dogs get cancers anyway, and by understanding cancers in dogs we can inherently better understand cancers in people (and at the same time help our best friends). In academic clinical trials across the country, oncology researchers are studying how  dogs respond to cancer therapies and the genetic makeup of their tumors. Some of the data collected has already helped to progress human clinical trials for cancer treatment, according to an article in JAMA. 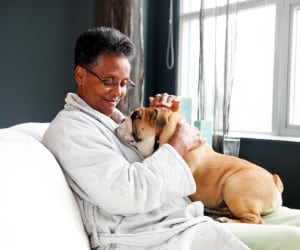 1. Breaking tradition: While the traditional development of cancer therapies has followed a three-step model — lab studies, rodent models and human clinical trials — the traditional model, to this point, does not have the best success rate. Only 11 percent of cancer drugs that show promise in mice prove effective and safe in humans. Neil Spector, MD, an associate professor of medicine at Duke University School of Medicine who serves on the Consortium for Comparative Canine Oncology steering committee, said in JAMA, “Any other industry that had a [low] rate of success would be pretty unacceptable… something different has to be done.”

2. Advantages: One of the potential reasons rodent trials are largely unsuccessful is because mice live in sterile laboratories unlike humans who are constantly exposed to pollution, bacteria and ultraviolet light, etc. Dogs live in the same environment we do. Canines are also ideal clinical trial subjects because their cancers progress rapidly due to the animal’s shorter lifespan. This enables researchers to assess cancer progression and the efficacy of treatment in just a year or two. Clinical trials with humans can often take decades.

3. Valuable information: Some canine trials have already demonstrated the prospective value of dogs in oncology research. A canine trial for a potential melanoma treatment produced useful data on the drug’s possible effectiveness and safety in humans. The information derived from the trial encouraged the sponsor’s decision to move forward to a phase I clinical trial. The problem – as it often is – is money, dollars to spend on studies, as many in the medical remain married to the rodent model. 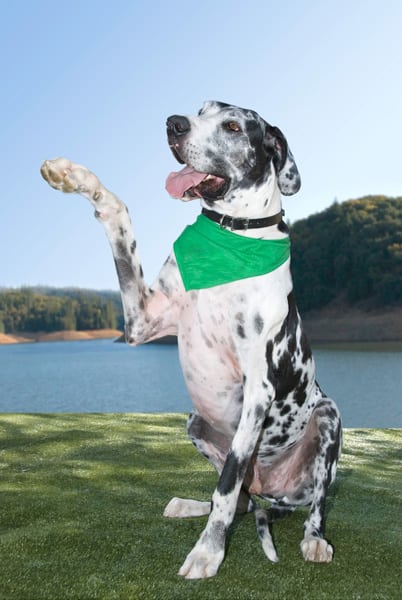 4. Limitations: The significant increase in size from mouse to dog requires higher doses of treatment, which drives costs upward. Also, while there is significant overlap when it comes to the kind of cancers that afflict both canines and humans, some cancers, like breast cancer, are quite rare in dogs.

5. Win-win: Approximately six million dogs are diagnosed with cancer annually. “We would love to see better treatments for our pets,” said Dr. Spector in JAMA. Dr. Spector lost his own dog because of a metastatic mast cell tumor. “Can we not only improve the cutting-edge therapies for veterinary patients, but then take the lessons learned and create much more efficient therapies for humans? It really is a win-win for everyone.”

No one knows why cancer appears to be more common in dogs than ever – it’s probably a combination of factors: Dogs living longer than ever, environment factors which affect people too in ways still poorly understood and genetics.

It seems obvious – the more we can do to help dogs with most types of cancers, the more we can do to help people. There are many examples of this happening right now. For example, osteosarcoma (bone cancer) is somewhat common among various larger dog breeds, and also sadly occurs too frequently in children. It turns out that a drug and procedure used for limb sparring to help dogs (only moderately) is of greater help for children.