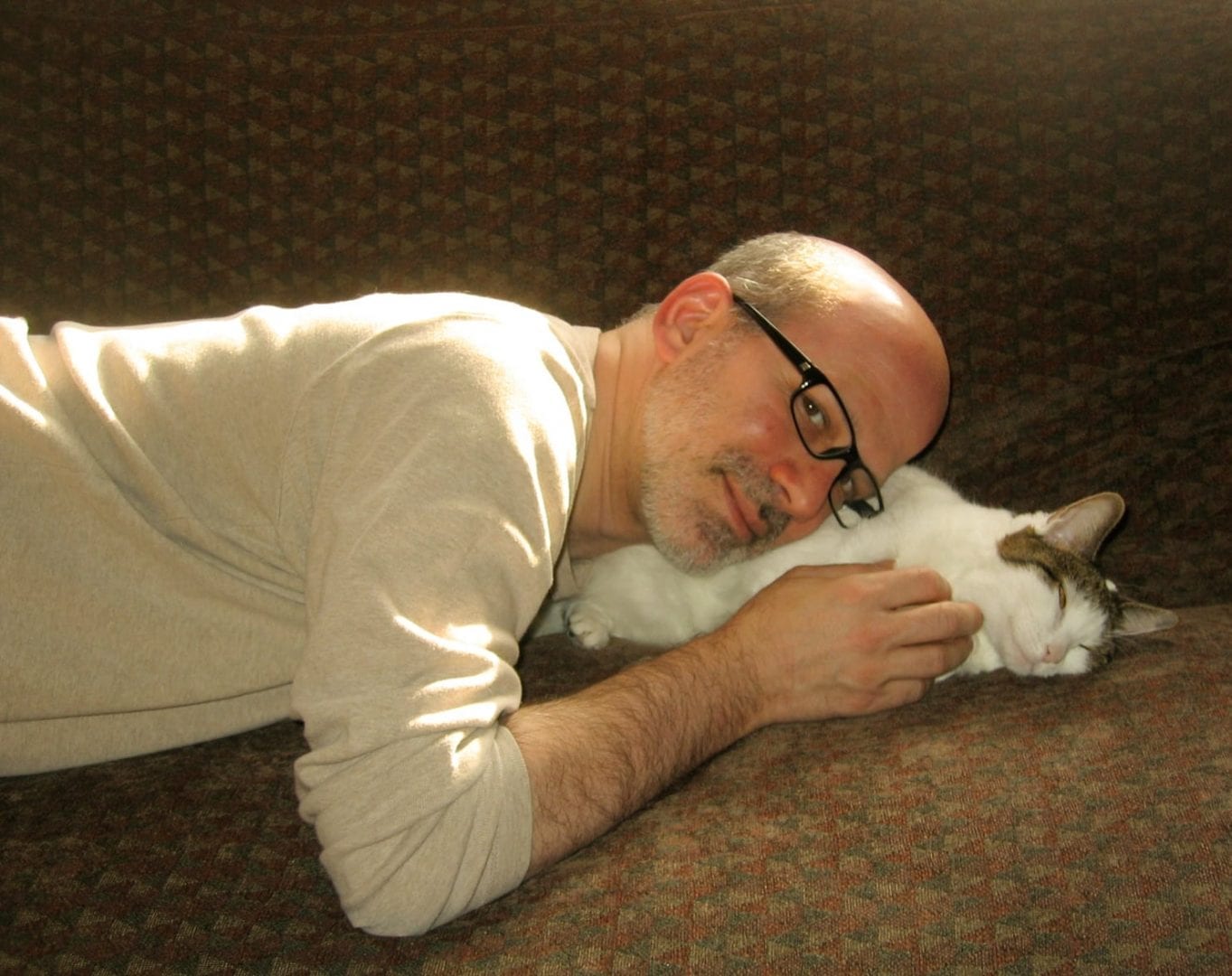 Tree House Humane Society has been in the news because this new facility under construction right now in Chicago’s West Rogers Park neighborhood will open with a cat café.

This will be the first cat café in Chicago, and the first in America located at a cat shelter.

I am proud to say I’ve been on the Tree House Board of Directors for 11 years, and involved with the shelter for at least 15 years. 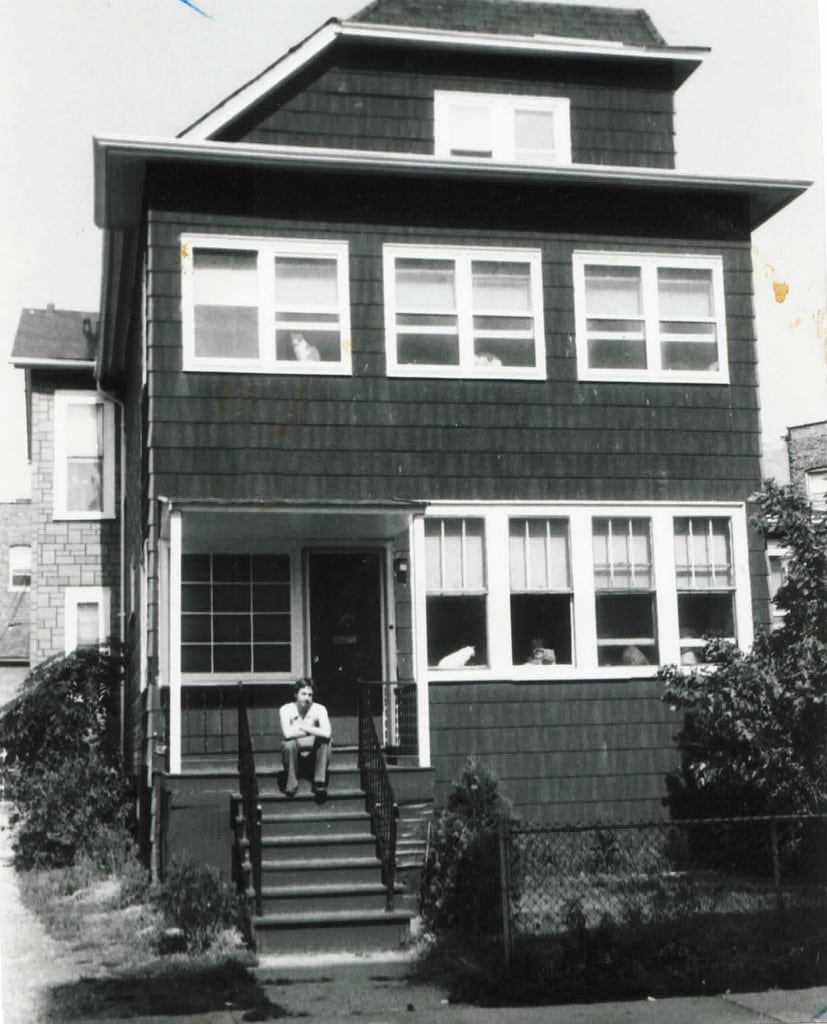 What was a great idea to house homeless cats in the 1970’s isn’t the same today. This is the location still in Uptown

Tree House opened in 1971 the cats were housed in a brownstone off Broadway in Uptown. While homey, the shelter was never meant to be a cat shelter. We just couldn’t continue to pour money in to keep that 100 year old building in good shape, and keep out infectious disease. The decision was to build what will be a state-of-the-art facility. However, to do that, we needed to create a capital campaign, and raise money. 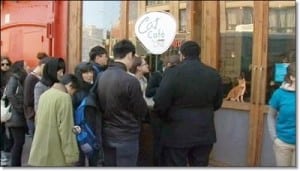 People are lining up outside cat cafes, like this one in San Francisco

So many told us, “it can’t be done.”  For dogs, you can raise money – not for cats.  And there’s some truth to this statement…still wanted to prove it wrong.

I don’t get it: Cats are man’s best friend when you look at the number of pet cats, there are about 20 percent more cats than dogs in America.

YET, cats don’t see veterinarians as often as dogs. When a diagnosis is made, more people are more likely to spend more money paying for dog care; for cat care the ceiling is lower. 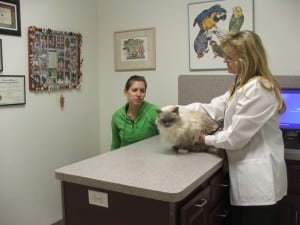 Cats don’t see veterinarians as often as dogs, and preventive illness is up in cats as a result

Cats are more often given up to shelters than dogs, and less likely to be adopted.

Sadly, some people get “tired” of the cat or can’t deal with a behavior issue, and the cat simply gets the boot to live outside.

I serve on the Board of the non-profit Winn Feline Foundation, and we raise money for cat health studies. I am keenly aware that raising dollars for studies on canine health is far easier than raising money to support solving feline health problems.

Cats are – in some ways – second class pet citizens.

At Tree House we were told by several who know about fundraising for shelters, take in dogs too, and you’ll have no problem raising money. We love dogs, but we’ve always been a cat shelter and we rejected that idea. Our mission is to help provide homes for homeless cats.

I don’t want to give the wrong impression…. with help, we will get this state-of-the-art facility built, and hopefully with little or no compromise to achieve our goals. 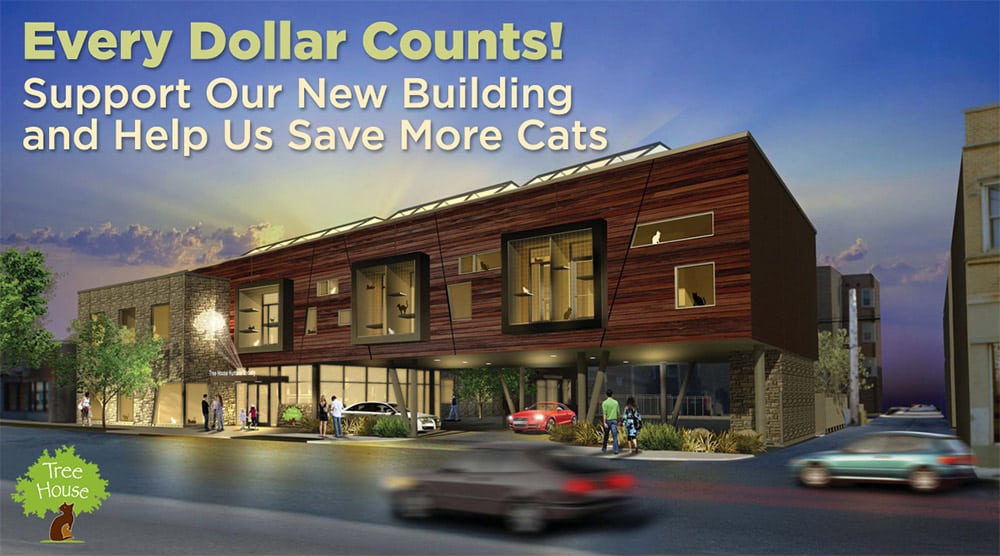 A rendering of the new building in West Rogers Park

But I do concede, the naysayers were kind of right. If we took in dogs, and adopted dogs  – I suggest that we would be hitting our needed dollars right about now.

What’s wrong with ‘cat people?’ I don’t know the answer. With over 36 million cat owning households in America, some of those have lots of money. And everyone has a little money.

One example is the kitty dumped into the trash in an alley. Yes, Tree House accepted the kitten, as we were told others would euthanize. Tree House saved the kitten,  which required money of extensive medical care. The kitty was adopted to live with a couple well into their 80’s.

A kitten might not seem like the right fit for an aging couple, but by the time the kitten why physically able to be adopted, she was nearly a year old. And it turned out to be a match made in heaven.

The gentleman was beginning to experience dementia issues, but somehow this kitten changed his life. He took caring for the kitty as a responsibility. 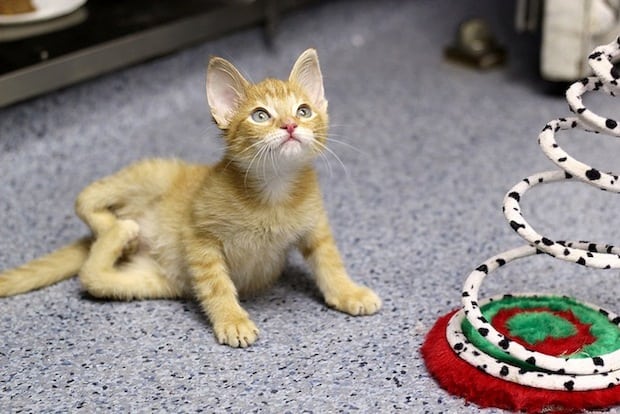 Deformed, Stockings was operated on – when no other shelter would take him….And he’s now living in a forever home. Too many success stories over the years, and lives saved to even count

The wife kept in touch with me for a time, and would tearfully tell me that somehow the cat brought her husband of over 60 years back to life.

Here are some facts about Tree House:

When people said, it’s impossible for cats to live in social groups because the thinking was cats are solitary, Tree House said, ‘that’s rubbish.’ Obviously cats are social. Outdoors cats live in colonies. No one forces this to happen. The President hasn’t declared that cats live in groups, it’s their choice.

There’s talk about Chicago becoming a no-kill city, and other communities are moving in that direction – which is great. Tree House has been no-kill since their inception, maybe the first no-kill cat only shelter in America, and long before it was ‘a thing.’ It’s because it was the right thing. 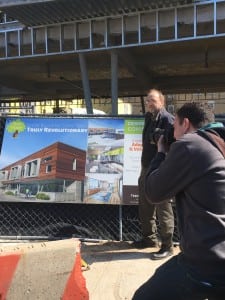 A part of being no-kill is understanding that community or feral cats don’t belong inside a shelter, but instead (for population and potential disease control), should be trapped, neutered, vaccinated for rabies and returned to where they were trapped. Tree House embraced TNR a long time ago, and the Tree House staff teaches others around the world how to do it.

It’s astounding to think today that in the 1980’s people were worried about ‘catching’ the feline immunodeficiency virus (FIV) from cats.  This is because FIV is a relative of human HIV. Never mind, people can’t possibly get FIV and cats can’t get HIV. No matter, fear and ignorance took hold as most shelters euthanized FIV positive cats. Tree House has always adopted FIV cats, and at the time was criticized for it. 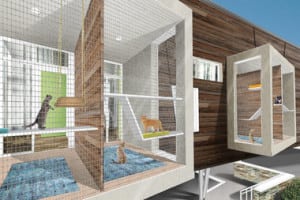 New shelter will be a playground for cats

Most of all, some cats that no one else will touch, Tree House takes in. The clinic and veterinary staff has done an amazing job, and continues to….and nearly all these cats make it, though some may have special needs throughout their lives. Tree House doesn’t euthanize these cats. They live at Tree House for months or even years before eventually they do find a home.

Of course, this culture takes dollars.

Corporate partners, like Merrick Pet Foods, have come in – and heroically, in their case, they provide food for the feline residents. And that’ pretty darn good food!

No programs – not a single one, will go the wayside in the new building…. Architectural planning includes lots of windows for natural light, safe and protected ‘catio’s’ for fresh air, spacious rooms with lots of vertical space for cats to live and play, controlled air flow to limit disease transmission, and a room to hold events for the community…as well as the often talked about cat café.

I you’re a cat lover – please help us prove those wrong who said cat lovers don’t open their wallets.  As I said, $25 is something….and equally important, sharing this blog post with other cat lovers….perhaps social media can help Tree House to help cats. It’s a simple mission really.