Wildlife conservationists are doing everything they can to protect the kākāpō, a critically endangered species of flightless bird native to New Zealand.

Frank Sinatra, Smokey Robinson, Johnny Mathis, John Legend…..they can’t go it. But maybe you can, if you happen to play the saxophone. 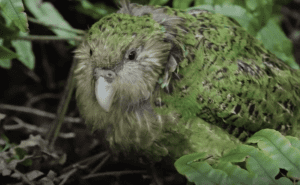 Conservationist believe the kākāpō might be more amorous with a little romantic ditty. 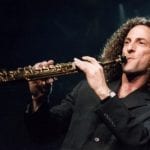 Kenny G could go to the birds

Desperate, perhaps, but the need is urgent as there are only 147 kākāpō birds remaining. When numbers of any species fall so low, there’s always a concern about genetic viability and inbreeding. What’s more, Kākāpō’s only breed every three years and they need certain conditions to breed in, And then they each lay just an egg to three eggs, but on average only half will hatch. Though it’s not known for sure if Kenny G would help.

This is no joke, the New Zealand Department of Conservation, has listed a job ad for a saxophone player to help to get the parrots in the mood.

Maybe the idea’s not so crazy. We actually do know now that music can help diminish some anxiety in dogs and cats, so why not parrots?

If you’re interested in the gig, here’s the job application form.