Heroic Cats and from Wet Markets to Swap Meets 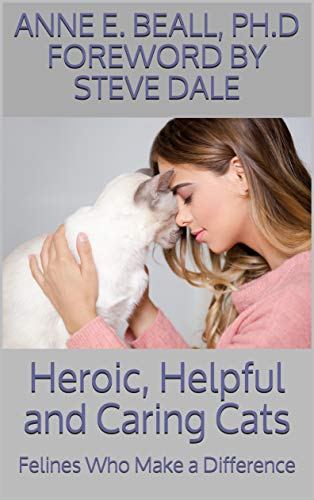 Thanks goodness Dr. Anne Beall, a researcher by profession, became interested in cats. I talk with here HERE on my Steve Dale’s Pet World WGN Radio show about her latest book, Heroic, Helpful and Caring Cats: Felines Who Make a Difference. 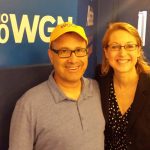 Beall and I talk about stereotypes people have about cats, truly believing that cats don’t care about their people. Beall says, “Cats do care!”

I ask Beall – who mind you is a scientist – “do cats really and truly love us?” We also discuss why cats purr – but do they purr to express their love. And is their a benefit to humans when cats purr?

Beall talks about how cats can be downright heroic.But would a cat act like Lassie, really, and save Timmy? I had the honor of writing the Foreword for this book, and explained how one cat helped a little boy with special needs.

Beall reveals how many people think cats (like dogs) love their people unconditionally, according to her study.

Wet Markets in China to Swap Meets In the U.S. 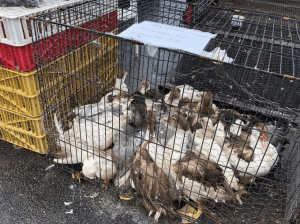 From a Kankakee, IL swap meet. And this is legal? Cruel. YES! Likely to transmit disease, of course!

Despite what some public officials are suggesting, scientists agree it’s likely SARS CoV-2 (which causes COVID-19) originated in a wet market in Wuhan, China – and not the laboratory across the street. Even if a corona virus somehow “escaped” from that lab it likely mutated in this wet market. We also know that the Sudden Acute Respiratory Syndrome (SARS virus) of 2002 began at a similar wet market in China, as that is no longer conjecture, mutating from a bat then likely to a civet before infecting humans.  I write in detail about all this HERE, including how the likes of Sir David Attenborough and Dr. Jane Goodall warned about these wet markets being a petri dish for infection.

I talk HERE with Marc Ayers, Illinois Director of the Humane Society of the United States. He explains first what these wet or wildlife markets are. How lots of species – including endangered animals – are butchered, alongside seafood and sadly even dogs as well as fruits and vegetables prepared for human consumption. All slaughtered in inhumane conditions not to mention without anywhere near acceptable hygiene standards, e-coli, for example is rampant.

Right here in Illinois we have a version of these markets (not to mention in most other states in America), where they are called Swap Meets. Farm animals are sold alongside other exotic animals (mostly reptiles an amphibians) and nearly all are kept in crowded in deplorable conditions, which are ripe for illness among them and could be passed on to us. It’s horrible. Marc and I wonder out loud how int the world this is acceptable.  And knowing what we know today – this must change, for the benefit of animals and for our own health; there was be standard created for swap meets – or stop selling animals all together.

Eels Sticking Their Necks Out

Being closed now for a few months, aquariums and zoos have a unique issue. Over the course of time, many captive animals have become sensitized to humans, doing what we do…..making noise, funny gestures and funny faces. However with all the people being gone some animals have again become wary of people. When keepers attempted to check on garden eels at the Sumida Aquarium in Tokyo, Japan the reclusive eels hid in the sand. So check out how the staff has found a creative way to re-connect eels with humans.