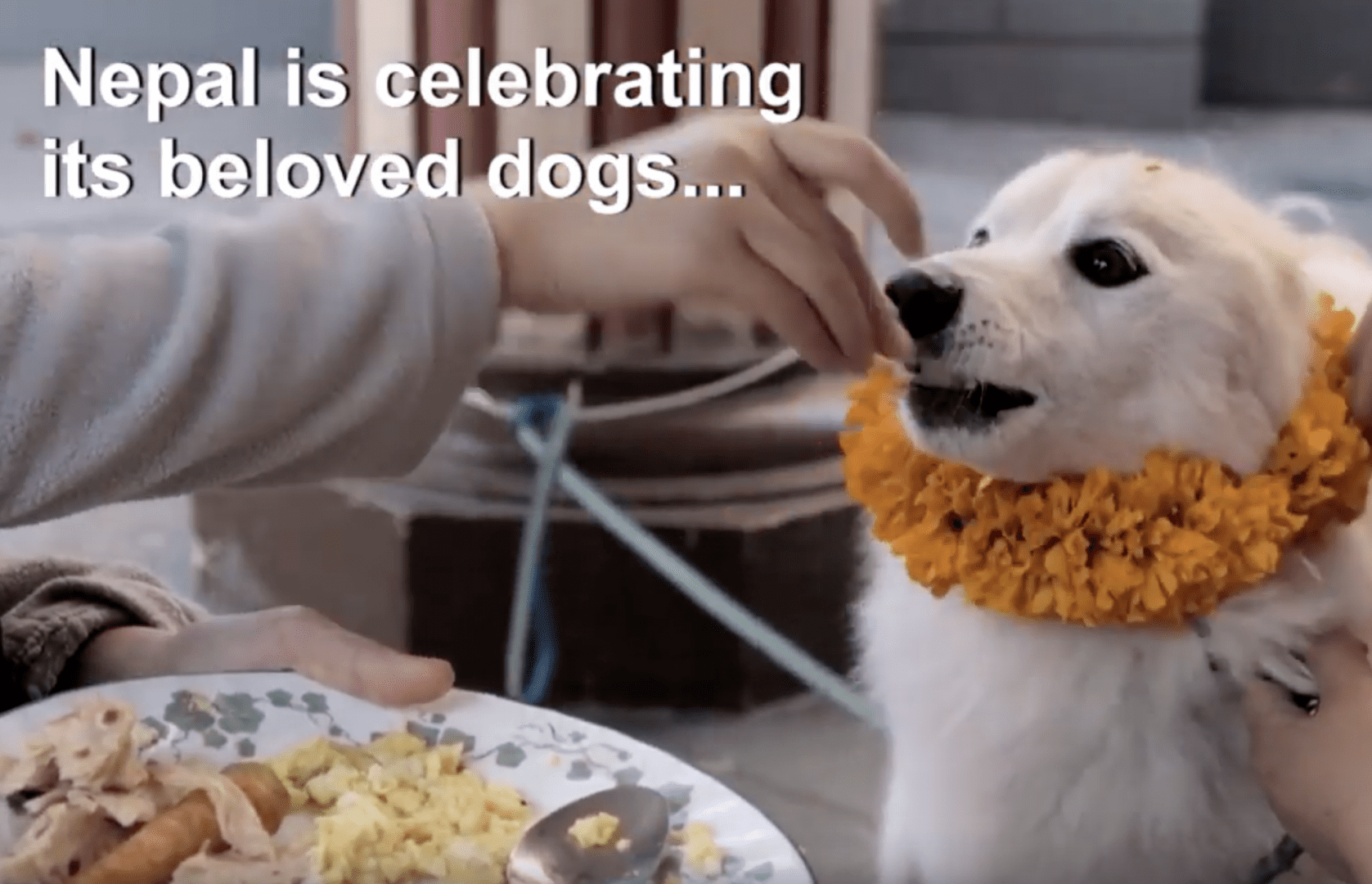 In Nepal, every year is the year of the dogs. Each November, there’s a traditional Hundu week of celebration of dogs and for dogs. Dogs are adorned with decorations, including garlands, and presented with special meals. Even street dogs often receive this revered treatment. This is called the Tihar Festival.

According to Internet sources, if you want to know, here is the explanation for all this:

The pups get the royal treatment because canines are considered the messengers of Yama, the Hindu god of death. Dedicating the day to loveable pups is seen as appeasing the God. Dogs are also famously mentioned in the Hindu text Mahabharata, in which Yudhishthira, the King of Righteousness, refused to enter heaven without his dog. Personally, I don’t blame dude, Yudhishthira – I’d do the same.

In any case, this celebration of dogs is another example of how humans unique association with dogs isn’t limited to the Western World.