How Animals Decide On Their Leaders 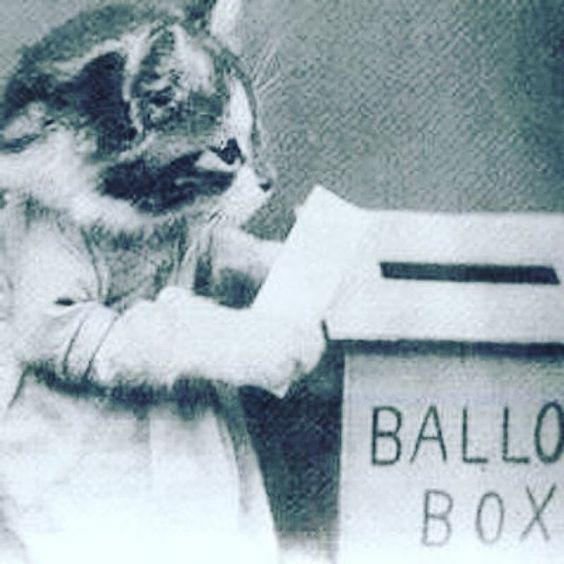 From politicking chimpanzees to elephants earning power using brain power to honeybees fighting for their lives, various animals have their own ways to elect their leaders, or their leaders elect themselves. 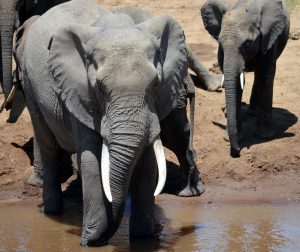 She gets to drink first, but really what this leader is doing is checking the water for crocodiles before others take a turn

In elephant groups the decision is an easy one. Both African and Asian elephants and their subspecies live in matriarchal societies. A female is always in charge, as males come and go. Even if there happen to be adult males traveling with a group (and that is not always the case), it’s an elder female who leads the way. Unlike the political party their symbol represents, there is never an election and elephants never politicize for power. Everyone seems to know who that older elephant is who is the undisputed leader which the rest of the herd can depend on for that elephant’s intelligence and experience. She knows where to find water in a drought and where the best meals are to be found. If something should happen to the leader, indeed the elephants mourn her loss. However, very quickly everyone seems to know and instantly agrees upon who that replacement will be. 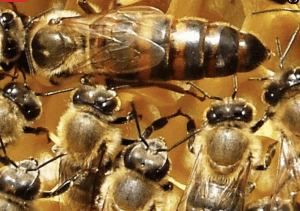 Queen bees enjoy protection of all hive members, literally giving up their life for her if necessary. and meet all her other needs even providing her food in exchange for her laying over 1,000 eggs a day

At the other end of the spectrum are ants. Queens are born into royalty. Here’s how it works: The fertilized eggs become female worker ants and unfertilized eggs develop as males; if the fertilized eggs and pupae are well-nurtured, they potentially become queens when there is going to be a need. How do the eggs know to transform into a queen? No one knows. This system of sex determination, haplodiploidy, is generally true for all Hymenoptera – ants, bees, and wasps. There are variations depending on the specific species.

For example, honeybee queens are all born to potentially fill a void in a colony and often more than one queen is born simultaneously. The one bee who gets to be queen is the last bee standing following a stinging contest of all the wannabees. As queen, she isn’t so much a real leader but is only an egg-laying machine. 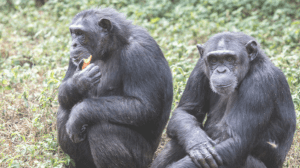 Chimpanzee politics is remarkably similar to our own

It is really no surprise that chimpanzee leadership might be the most complex and can involve deception and bribery to gain power; after all the great apes are over 99 percent related to us. The troupe leader is always an experienced male. But he can’t rise to power without a little help from his friends. Chimp leaders build coalitions with others of both sexes.  With enough followers (almost like going the ballot box and voting for a favorite – though they never mail in their vote), the most popular candidate is often the leader. He grooms others and even literally kisses babies to gain favor. But that’s not always true, as primatologist Dr. Jane Goodall discovered decades ago. 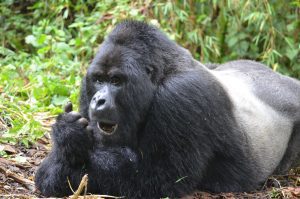 This old guy has been a silverback leader for some time. Eventually, someone else will come along and displace him. The exchange of power may be violent

Sometimes a chimpanzee power struggle can grow violent. And the loser could even be banished not only from power but from the troupe all together. How does a chimp lose power? Not all too different than an American President. Sometimes it’s a political blunder such as backing a chimp who only wanted to stab that chimp in the back all along or making a poor decision like leading the group to where there is no food with dire consequences. And chimps – like humans – can hold a grudge. So an individual may remember a rudeness from years prior, and support another chimp to ascend to power. Sometimes chimp group leader may even lead his warriors to take over another group by waging nothing short of war which there are casualties. The winning group overtakes the losers and the two groups combine for communities which can reach well over 100 individuals. 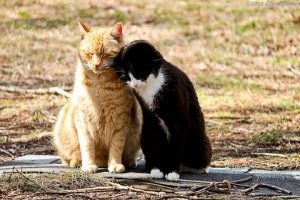 While these cats clearly associate with one another, other cats in the group each of these cats may ignore

Various gorilla species are less political and less subtle. Often the dominant silverback male is simply chosen on brute strength. Generally peaceful animals, that’s not the case when two male gorillas slug it out to lead their harem of females (and their young offspring). Not all males get to be silverback leaders. Once a silverback, not necessarily always a silverback, as their top position is often challenged by an outsider.

Some social species don’t even have a leader. Outdoor cats or community cats most often live in a community with anywhere from about a dozen to up to 50 cats, called a clowder. Preferred associates, often adult siblings or mother and daughter – but sometimes just friends – groom one another and sleep together, but adult cats hunt and eat alone. While all cats in a clowder know one another and accept members, they otherwise only have interactions with their few preferred associates while ignoring others as if they didn’t exist.  The clowder location rarely, if ever, changes. And since about all activities are individual there aren’t any group decisions to be made. There’s no reason to have a leader. So, this feline society prospers without anyone being in charge.