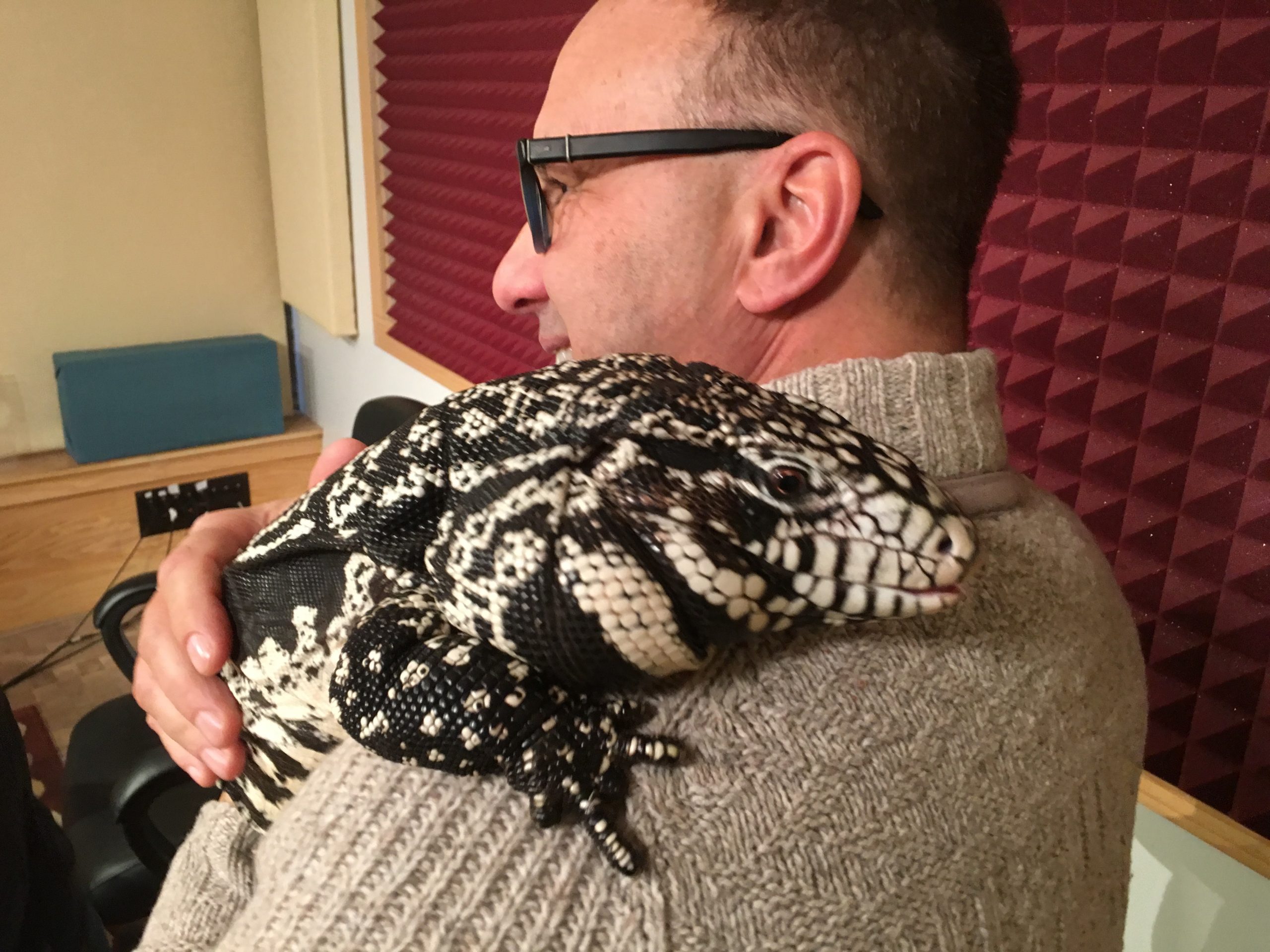 Florida Gov. Ron DeSantis signed a bill Monday (September 7) that adds two popular pet reptiles, green iguanas and tegu lizards to the list of species banned for sale, import, breeding and ownership in the state. They join five species of python snake to a list of invasive reptiles that Florida state wildlife officials fear will colonize the state and kill off local wildlife, which has already begun to occur. 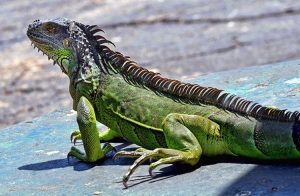 The real problem: Irresponsible pet parents. When it comes to pet reptiles, in particular larger species, people often times have no idea what they’re getting into. It may seem cool to have a tegu lizard or green iguana as a sort of living dinosaur pet. And it can be cool. However, most certainly these animals have special needs, and unable to meet those needs or simply because they get bored with their pet, people too often give them up by just letting them go.

In places like Chicago or New England, for example, this is cruel – as these tropical reptiles can no way survive a winter. In Florida, a green iguana or tegu lizard can thrive if released in the right place. Crazily, enough individuals are released that and have found one another readily reproducing.  Not native to Florida, they adversely impact the environment and animals who live there.

There’s no question that both species can be great pets given the appropriate care, and the human-animal bond can be meaningful. 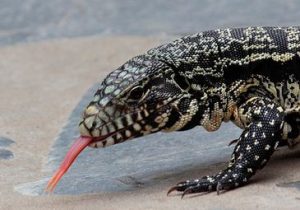 However, according to the University of Florida extension service, black-and-white or giant Argentine tegu (Salvator merianae), native to South America, has become established in the Balm-Wimauma (southeast of Tampa) and Homestead (south of Miami) areas due to releases or escapes of pets. Individual lizards belonging to several tegu species have also been captured in other areas in Florida. These large lizards (depending on the tegu species) can grow to be five feet-long. Tegus will eat eggs and young of ground-nesting birds and turtles and could impact threatened and endangered species, including gopher tortoises. They have been observed eating alligator eggs, and could be a problem for threatened American crocodiles in southern Florida. They are opportunistic predators who just about the anything they can catch, and consume a variety of small prey as well as plant matter and carrion (dead animals). Tegus could potentially become an agricultural pest or a source of bacterial contamination of food crops. There are now reports of tegus in Georgia.

With proper care, both tegus and iguanas can live 20 years or more, but people may not know or care when they impulsively purchase the cool pet.  As reptiles go, they are smart and adaptable.

Green iguanas, like tegus, require space in captivity. Iguanas need a place to climb. Consider that these lizards can grow to be over 5-feet long (including tail length) so that’s pretty much a tree in a house.

Both iguanas and tegus can potentially deliver a nasty bite. A full-grown iguana can, if angry, fight merely by using its tail – which can easily knock down an adult. Green iguanas are native to Mexico, Central and South America.

Raised in captivity, both these animals can be friendly to people, and quite handleable. It’s a shame so many pet owners have been so negligent. And for that negligence, responsible pet owners (the majority, I’d like to think) and the environment have paid a price.