Iguanas Falling from the Sky

People can deal with record low temperatures by putting on another layer of protection or not even venturing outdoors. Animals, however, have no choice in the matter. In Florida—in the water and on land—animals are paying a price. 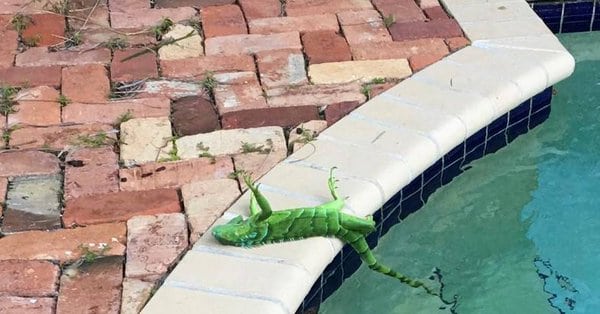 Iguanas are falling like coconuts from trees and appear to be frozen. The good news: Those that are reasonably healthy—if they are not attacked by predators or hit by cars first—will warm up once the weather does, as long as the weather warms reasonably soon.

Locals are posting apparently frozen iguanas all over social media.

Iguanas become inactive when temperatures dip below about 50 degrees, so current 30-degree temperatures in Florida are a shock to their systems. Reptiles are unable to control their own body temperatures, and green iguanas, as a species, are accustomed to far warmer temperatures. Green iguanas are native to Mexico and several nations in Central and South America.

Manatees have another strategy for warming: They huddle together. Lucky manatees are able to find warmer waters, such as Three Sisters Springs in Citrus County. Not all manatees are able to find that warmer water, however, and living in cold water can weaken their immune systems, making them prone to illness and death. In spite of their size, they have relatively low body fat, and their metabolic rate is low compared to other marine mammals. 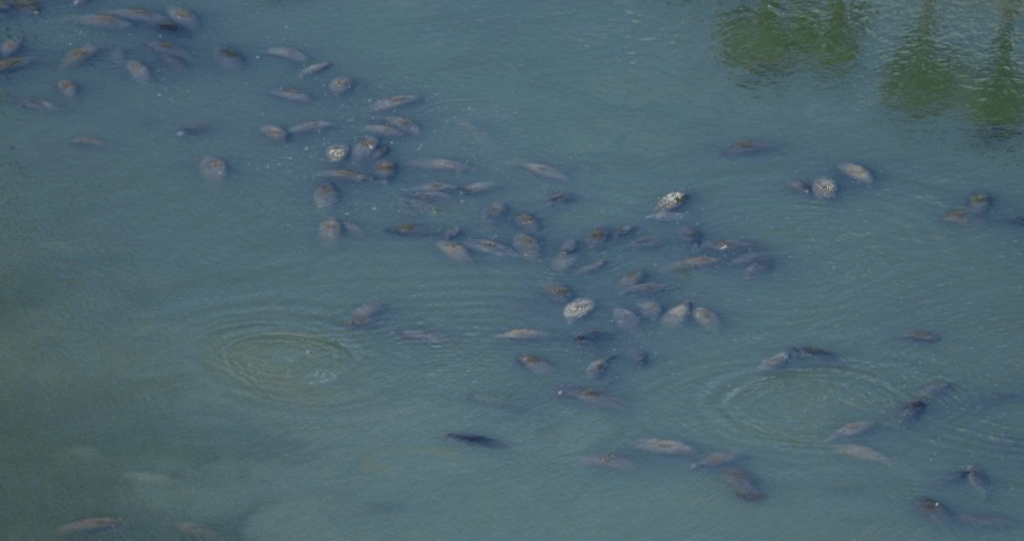 Manatees cannot tolerate temperatures below 65 degrees for long periods of time. In a crazy quirk, manatees also gather at warm water effluents of power plants, like the Tampa Electric Company in Apollo Beach or Florida Power & Light Company in Ft. Myers or Riviera Beach. Power plants have probably extended the manatee’s winter range. At one time, researchers believe, manatees only ranged south of Sebastian Inlet and Charlotte Harbor in the winter.

Researchers believe that individuals affected by the cold cannot produce enough metabolic heat to make up for heat loss in the environment. During winters in Florida that have been unusually cold, an increase in manatee mortality has been documented.

Some Florida fish are having problems dealing with cooling water, and they can become ill and die. Some fish actually go into deeper water, so meals for seabirds become harder to get. 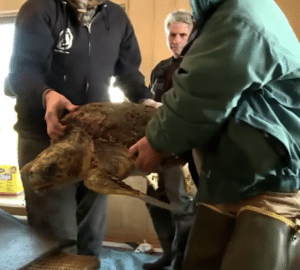 More than 80 sea turtles described as “stunned” are currently in rehabilitation at Gulf World Marine Institute due to the cold snap, according to a press release from Gulf World.

The Florida Fish and Wildlife Conservation Commission, U.S. Geological Survey, and Gulf World Marine Institute are collaborating in the search, rescue, transport, and rehabilitation of the sea turtles.

Shocked by frigid temperatures when the waters get below 50 degrees in shallow bays and estuaries, turtles become more subject to predators and may—similar to the iguanas—diminish into a state of inactivity. They may even drown. Rescue groups are currently searching in St. Joe Bay and surrounding areas for cold, stunned sea turtles and are bringing them to Gulf World for proper care.

On Okaloosa Island, the Emerald Coast Wildlife Refuge said it has received several pelicans who have been hanging around the Gulfarium and local piers chasing people and fish.

Gulf World is accepting donations of towels, blankets, sheets, and kiddie pools. The items can be dropped off at the Gulf World gift shop at 15412 Front Beach Road, Panama City Beach, FL 32413.

If you have questions pertaining to wildlife, contact the Florida Fish and Wildlife Conservation Commission hotline at 888-404-FWCC.