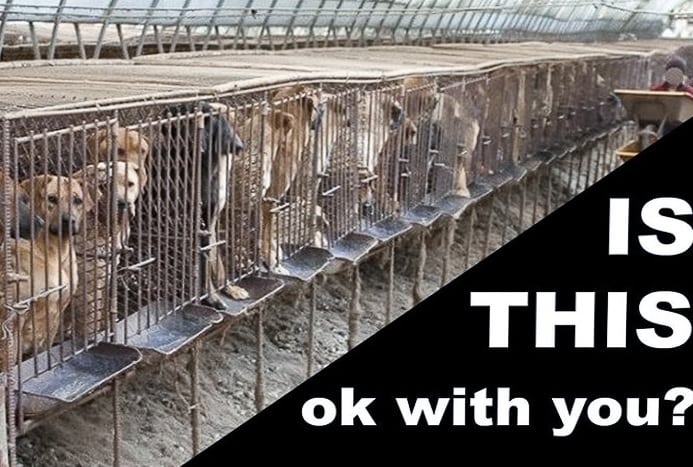 Where do pet stores get animals they sell? Here’s where they don’t ever get their dogs and cats, as no legitimate breeder will ever sell to a pet store. That’s because responsible breeders ask whatever questions they desire about who’s buying their carefully bred animal. Pet stores only ask, “Will that be cash or charge?” A breeder would have no input, or even knowledge of who is purchasing their animals. No responsible breeder ever accepts that.

So, if they’re not getting pets from “home breeders,” as they often maintain, where are the pet stores getting them from?

For two decades now, I’ve been told by the pet industry and others, “Don’t worry, we’re fighting the puppy mills.” 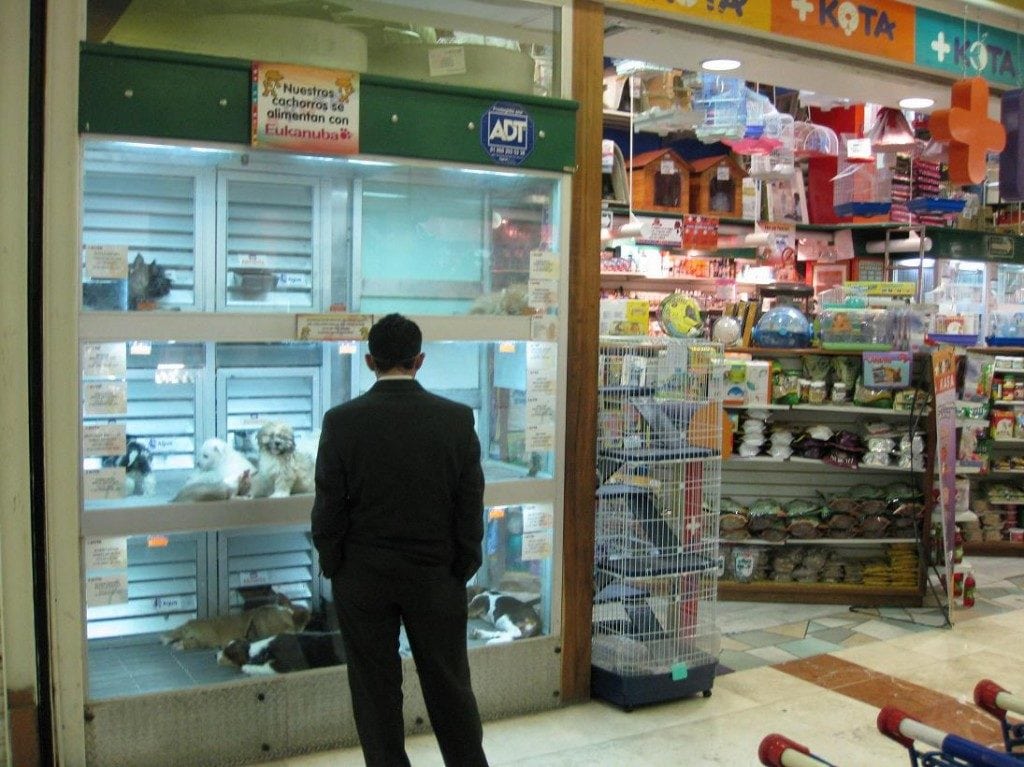 Where do you think these puppies are from?

How many years must we wait? And who’s side are they really on?

Meanwhile you stepped up – pet lovers across the U.S. and Canada organically created a movement to support bans of sales of dogs and cats (and in some places rabbits) at pet stores. Best Friends Animal Society quickly jumped on board, and the Puppy Mill Project (a non-profit to create awareness about puppy mills) was formed.

In 2007 Albuquerque, New Mexico banned pet store sales of dogs and cats, and the real wave followed starting in 2010 with West Hollywood, CA, continuing through earlier this year with San Francisco, CA. About 200 cities plus in the U.S. and Canada, including San Diego, CA, Austin, TX, Los Angeles, CA and Chicago, IL, as well as entire county of Cook now have similar pet store sales bans in place.

The pet store industry maintains their members don’t like these bans. However, I don’t believe they’re speaking for their membership, as today the overwhelming majority of pet stores want nothing to do with selling puppies, kittens or bunnies. Most of the specialty or boutique pet stores, owned by millennials, understand the ethical issues. And the big players (which account for a whole lot of pet stores) Petco, PETsMART and Pet Supplies Plus never have sold puppies – they adopt them! 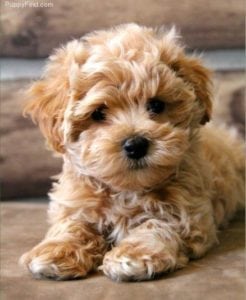 This miltipoo isn’t really a breed – but merely a mixed breed dog. These guys, though expensive, wonderful little companions. Some are from legit breeders, others from mills. Depends where you get the dog.

While the pet store industry first tried to challenge these laws restricting pet store sales in court, their efforts repeatedly when nowhere. So, when judicial didn’t work they worked legislatively. And succeeded by quickly passing legislation to ban local laws to limit pet store sales in Arizona and Ohio.

So, now a coalition calling themselves Illinois Pet Lover’s Association (IPLA), as if that adoring name will fool people, is trying the same in Illinois. They’ve apparently, so far, fooled some legislators – who I believe truly feel they signed on to a good bill.

This group has created wording in HB2824 which will demolish efforts by communities that have banned pet store sales, but the bill hides behind (poorly worded) support of microchipping animals when sold at stores. I am all for microchipping, but the bill says nothing (that I saw) regarding registration with a chip provider, and besides it’s already law that adopted animals are chipped in Illinois.  Read it for yourself:  HB2824. The bill really is only about support of pet store sales and prevent of laws to limit them.

It’s important for pet owners to know who is supporting IPLA, and they include the American Kennel Club, Illinois State Veterinary Medical Association, Pet Industry Joint Advisory Council, and the Illinois Federation of Dog Clubs & Owners, and I have reason to believe other players who benefit from pet stores that sell dogs and cats. 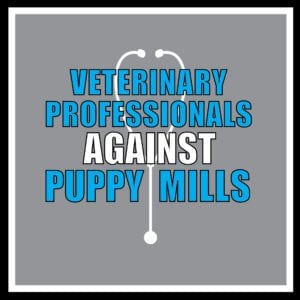 Most veterinary professionals are appalled at the idea of continuing to treat animals from the mills. Veterinary Professionals AGAINST Puppy Mills: https://www.facebook.com/veterinaryprofessionalsagainstpuppymills/

I wonder out loud how these organizations are working to fight puppy mills, working WITH organizations like the Puppy Mill Project.

Again, very busy legislators – I am hoping – just didn’t realize what they were signing on to. And that’s where you come in.

Below is verbatim the Puppy Mill Project call to action:

We need animal lovers to stand up. If this bill were to pass, the bans already in place in Illinois to prevent pet store sales of dogs, cats (and rabbits in Chicago and Cook County as well) could be reversed and for sure no further laws limiting pet store sales could be passed in Illinois. Moreover, the pet industry will celebrate success in Illinois and go to still another state and get similar laws passed. This must be stopped!

Two companion bills have been introduced in the Illinois legislature that would overturn the Chicago Companion Animal and Consumer Protection Ordinance that prohibits pet stores from selling dogs and cats from inhumane breeding operations, in addition to invalidating similar ordinances in Cook County, Waukegan, and Warrenville.

At first glance, these bills appear to offer additional protections for animals – and we share and support their stated goals of protecting consumers, increasing transparency in the sourcing of dogs and cats, and screening out inhumane
breeders. We also support the bills’ microchipping requirements. However, one section of these bills (Section 3.8) is
misguided and will be extremely harmful to consumers and animals. Section 3.8 legitimizes sourcing dogs from
inhumane breeding operations, relies on information that is no longer available for its enforcement, and prohibits cities from enacting their own laws regarding the sourcing and sale of dogs and cats in their communities.

Why is this legislation bad for animals and consumers?

What can you do?

Contact the sponsors and co-sponsors of these bills in the Illinois House and Senate and tell them that you appreciate their efforts and concern for these issues, but Section 3.8 must be eliminated in its entirety.

Tell them that removing the home rule provision (Section 3.8(e)) is NOT ENOUGH – keeping the rest of Section 3.8 explicitly allows pet stores to source from inhumane breeders without any means of researching those breeders.

Contact your own representative and senator (even if they are not sponsors of this bill) and tell them that animal welfare is important to you and that there is dangerous legislation (SB 1882/HB 2824) pending that you do not support.

If you live in Chicago: Call your alderman. Tell him or her that there is state legislation that will invalidate a city
ordinance and deny Chicago’s home rule authority on an issue that is very important to you. Ask them to voice their
opposition to SB 1882/HB 2824 and stand up for Chicago’s right to regulate the source of dogs and cats sold in our
community. You can also do this for your Cook County Commissioner if you live in Cook County.

Michael E. Hastings (senator who introduced the bill, representing the 19th District including Joliet and other
communities): (815) 464-5431 or http://senatorhastings.com/contact-me