Dogs and Wolves: How They're Different (and Why They Should Be Treated Differently) 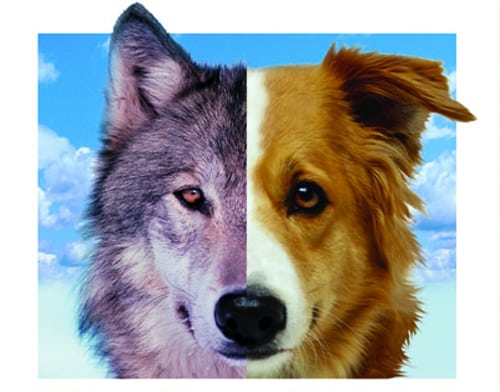 I wrote about the fact that wolves are not dogs a few months ago, and several stories have echoed my sentiments since. The most recent was an eloquent and eye-opening piece in Science.

What started me on this campaign was a real concern that the media, and popular culture, are misstating what dogs are and where they came from. Of course, dogs are closely related to wolves, but dogs actually evolved from a wolf species that is long extinct, which we know little about. They co-evolved with humans, and that evolution has played an enormous role in the development of what dogs are today. Dogs are decidedly not wolves. Their nutritional needs are vastly different, and raising a dog like you would a leader of a wolf pack (as some dog trainers insist) makes no sense. The way that the two canids are socialized and explore the world is very different, as this video from Science explains.

An obvious difference between dogs and wolves: Wolves are a wild species, and dogs are domestic. Dogs have been domesticated for around 40,000 years, which means they harken back to Cro-Magnon men.

Physically, the jaws of wolves are more powerful than the jaws of dogs. Wolves eat some fruits (depending on where they live and the available food as well as the individual wolf species). Dogs are omnivorous, and also can digest carbohydrates (something wolves don’t prefer). 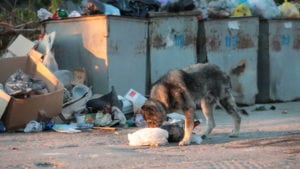 Of course, wolves are good hunters. They depend on that ability to survive. Even hungry feral dogs are generally inept at hunting. They are excellent at begging for food from people or picking through trash or sniffing through garbage dumps.

Wolves breed once a year, while most dogs can breed twice per year. 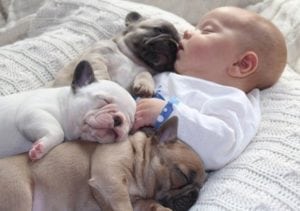 Wolves are raised by…wolves. We can try to communicate with wolf pups, but we aren’t good at it. Communicating with dog puppies, however, is fairly seamless, as puppies want to understand us. People must spend 24 hours a day and seven days a week for many weeks with wolf pups just to assure them that humans are tolerable. Dog puppies will quickly attach to any human within reach. Even street dogs that have had some contact with people at the right time may still be friendly, or at least friendly when they are begging for food.

Here’s my favorite quote from the story in Science:

As much as popular dog trainers and pet food makers promote the inner wolf in our dogs, they are not the same.

So, why are dogs so friendly? Because they’re dogs. I realize that’s not a fancy scientific answer. According to the Science story, “Some recent research has suggested that dog friendliness may be the result of something similar to Williams syndrome, a genetic disorder in humans that causes hyper-sociability, among other symptoms. People with the syndrome seem friendly to everyone, without the usual limits.”