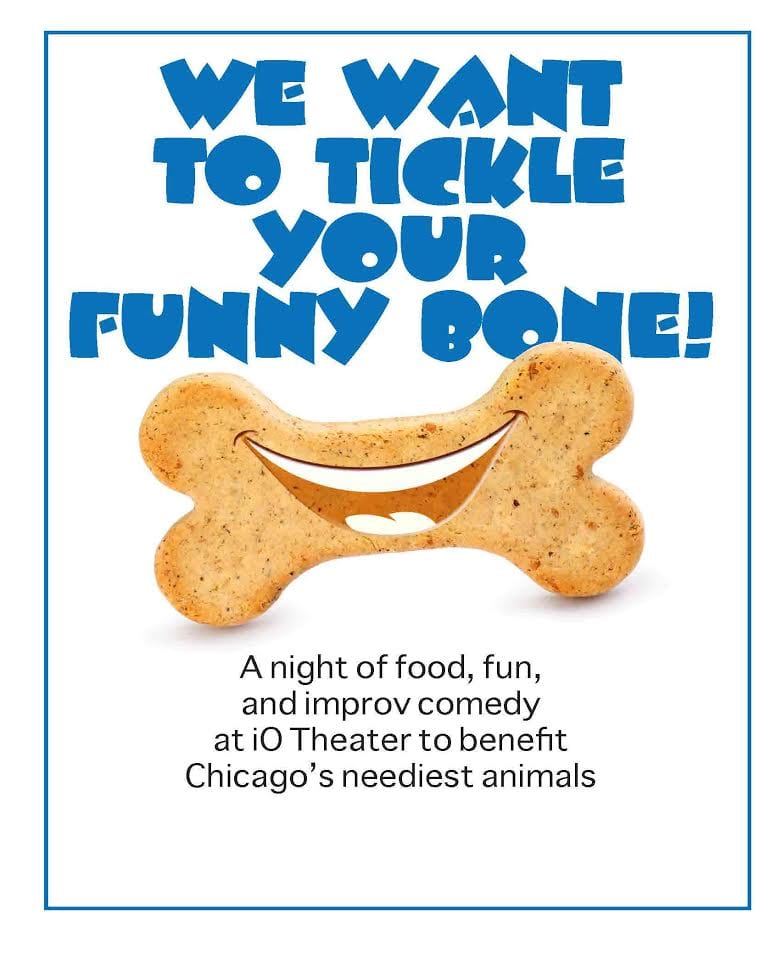 On November 7, iO improvisational actors will perform to Tickle Your Funny Bone to support Friends of Chicago Animal Care and Control. at iO 1501 N. Kingsbury Street. Adoptable dogs will be there, and some may even appear on stage. 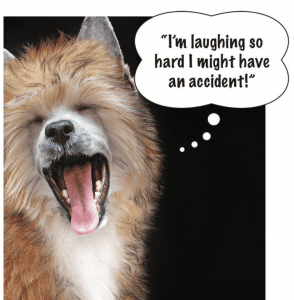 The event will include:

Get your tickets for the Tickle Your Funny Bone benefit. 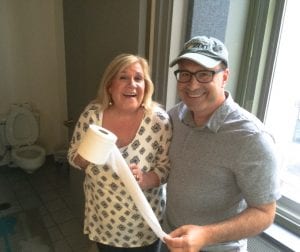 On a roll with Charna Halpern

It’s no croc, with “Alligator Robb” in attendance, there has to be alligator humor. Probably, they’ll throw a pie in my face; I will be there too.. I talk with Charna about our long-running disagreement regarding comedy legends, Larry, Moe and Curly of the The Three Stooges. Charna argues, she doesn’t think a pie in the face is funny. Clearly, others do think Charna knows all about funny, as Lorne Michaels, legendary producer of “Saturday Night Live,” and scouts from Colbert, Kimmel, Conan and others sneak into iO to frequently check out the talent. Maybe Lorne wants a dog?

Halpern explains VERY accurately, that adopting from only “no kill shelters” is fine. But to not adopt from a municipal facility because they euthanize when too crowded doesn’t do the animals any favors. Those animals need a home the most. Charna discusses her own history of adopting from Chicago Animal Care & Control, and generally choosing geriatric dogs. Does she think these dogs truly understand their lives have been saved?

And no one can answer this question better than Charna. ‘Do you believe dogs have a sense of humor?”

She adds, if you want to know about emotions – “get a dog.”

Urban Wildlife Hunts and the IDNR

I briefly talk about urban wildlife and what Arizona just did, and other states to lessen or stop hunting. Now, after the Illinois Department of Natural Resources demonstrated the opposite and their overzealous power by barbarically rounding up four senior coyotes  used for education (and causing the death of three of them). Illinois needs to be more humane.