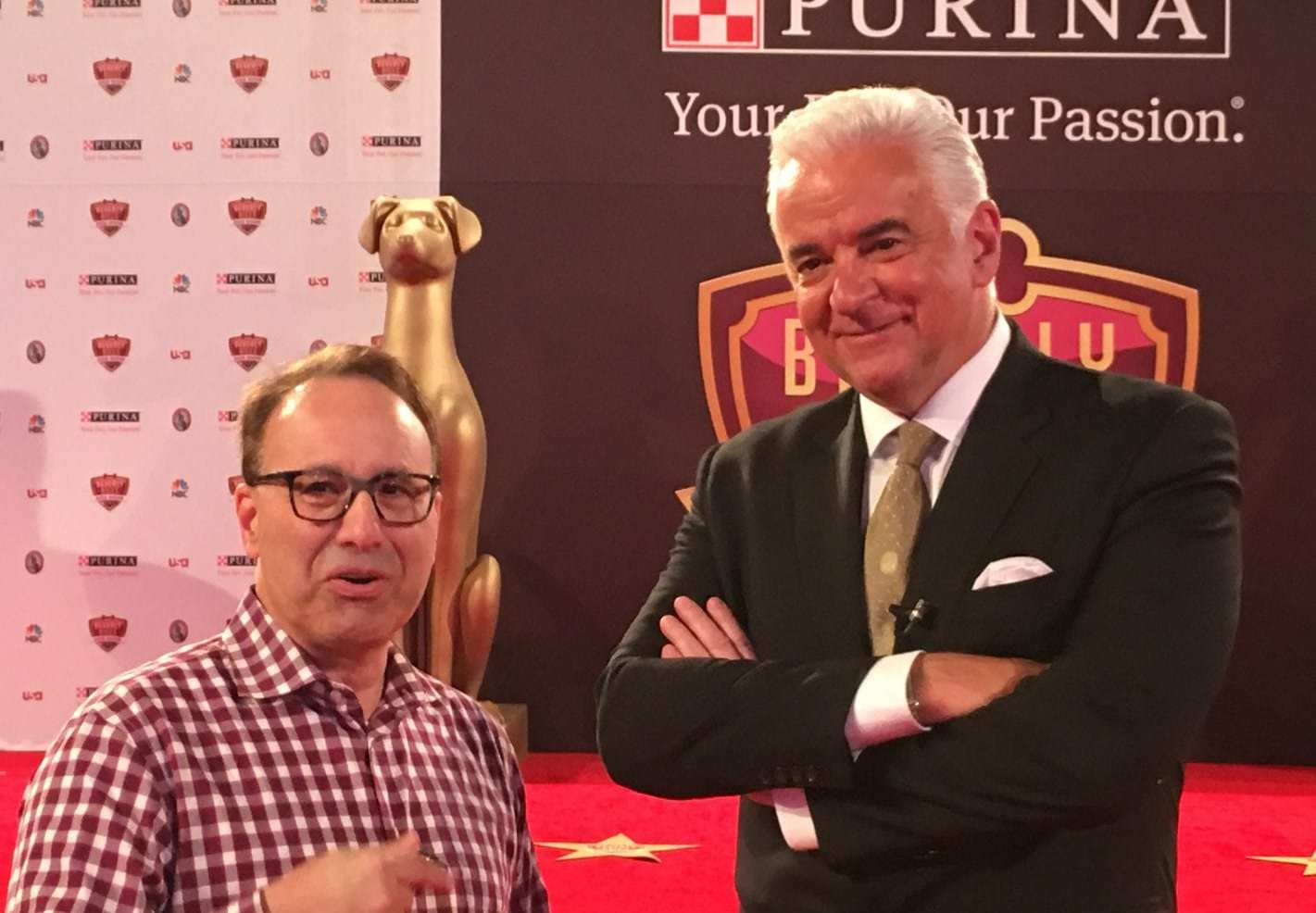 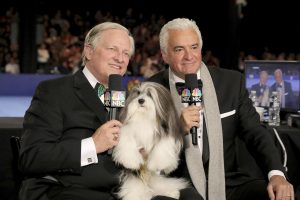 O’Hurley with  David Fei will broadcast the National Dog Show, hosted by the Kennel Club of Philadelphia noon (at time zones) on Thanksgiving Day on NBC.  We talk about how the dog show will be so different but so much the same this year, as a result of the pandemic.  This is O’Hurley’s 19th year at broadcasting the dog show.

We talk a lot about Seinfeld, and how O’Hurley got the role of playing J. Peterman. We also dish about all the other major cast members, talking about what they were really like. He said Jerry was like “a tourist on the set,” and describes Julia Louis-Dreyfuss as “courageous.” Michael Richards he compares to Salvadore Dali.

I talk HERE with David Frei about the show.

“Dogs are the only tangible proof that there are angels walking on earth,” John O’Hurley