How To Keep Your Pet Healthy and Safe this Halloween 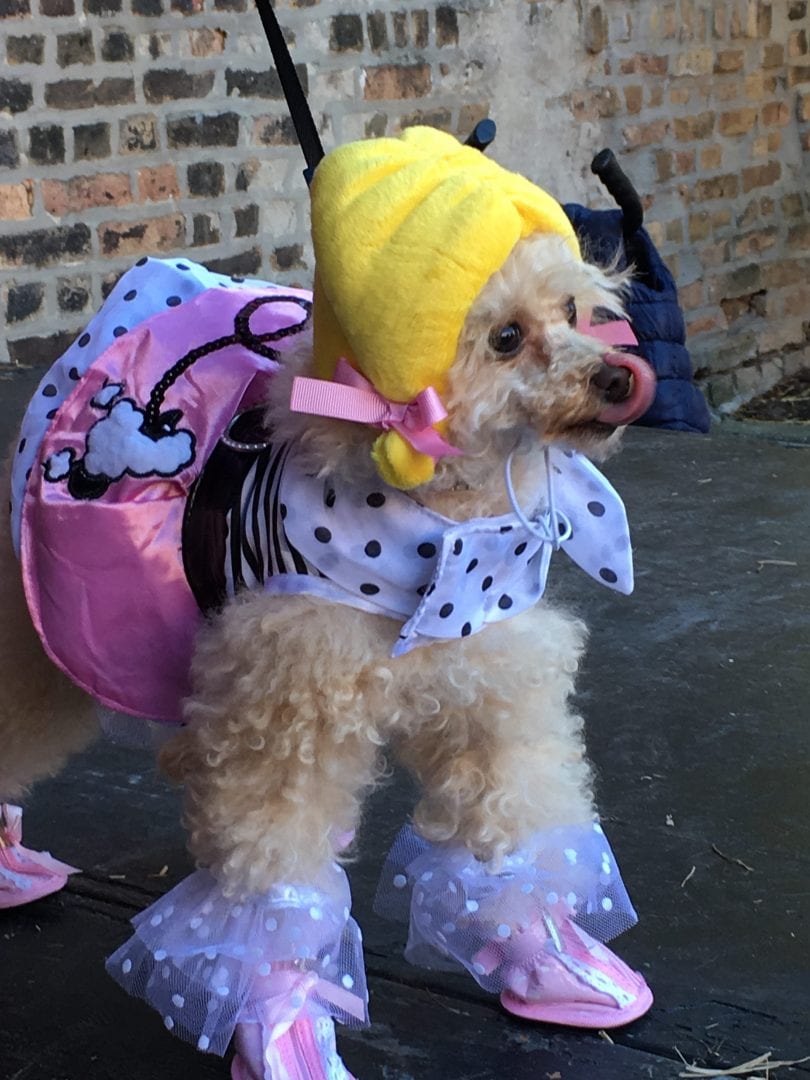 When it comes to pet costumes, the Federation says the five most popular are:

If you’re looking to be trendy, however, and you have a pet with lots of hair on his head, comb the hair over to one side and poof it up a bit. The Donald Trump dog or cat will surely be a hit this Halloween. 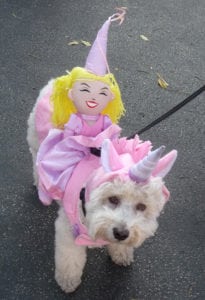 “Still, you do need a neck tie to complete the look,” says pet stylist Alice Lerman of Barker and Meowsky.

Lerman, AKA Mrs. Meowsky, says one of her trendiest choices is Sir Wags A Lot, a loosely fitting knight sweater for dogs who are fans of TV’s Game of Thrones.

Another popular idea is a sport uniform or jersey representing the team of your pet’s choice.

Interestingly, the internet has apparently spread the Halloween spirit to countries who don’t even celebrate. Meowsky says her most popular item is a pair of bat wings, which she’s shipped all over the world, including Australia, Canada, England, and Ireland. 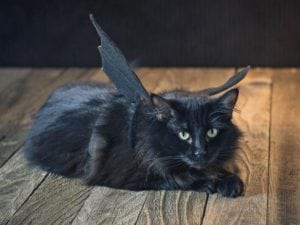 “What’s most important is that the pet is comfortable in whatever costume you choose,” Meowsky adds.

Dr. Heather Loenser, American Animal Hospital Association staff veterinary advisor public and professional relations, agrees. “Some pets love all the fun of Halloween and for some pets all that activity is just too much to handle.” 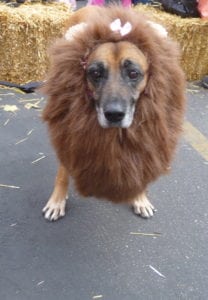 To keep your furry friend safe and happy this Halloween, Loenser offers a few tips: