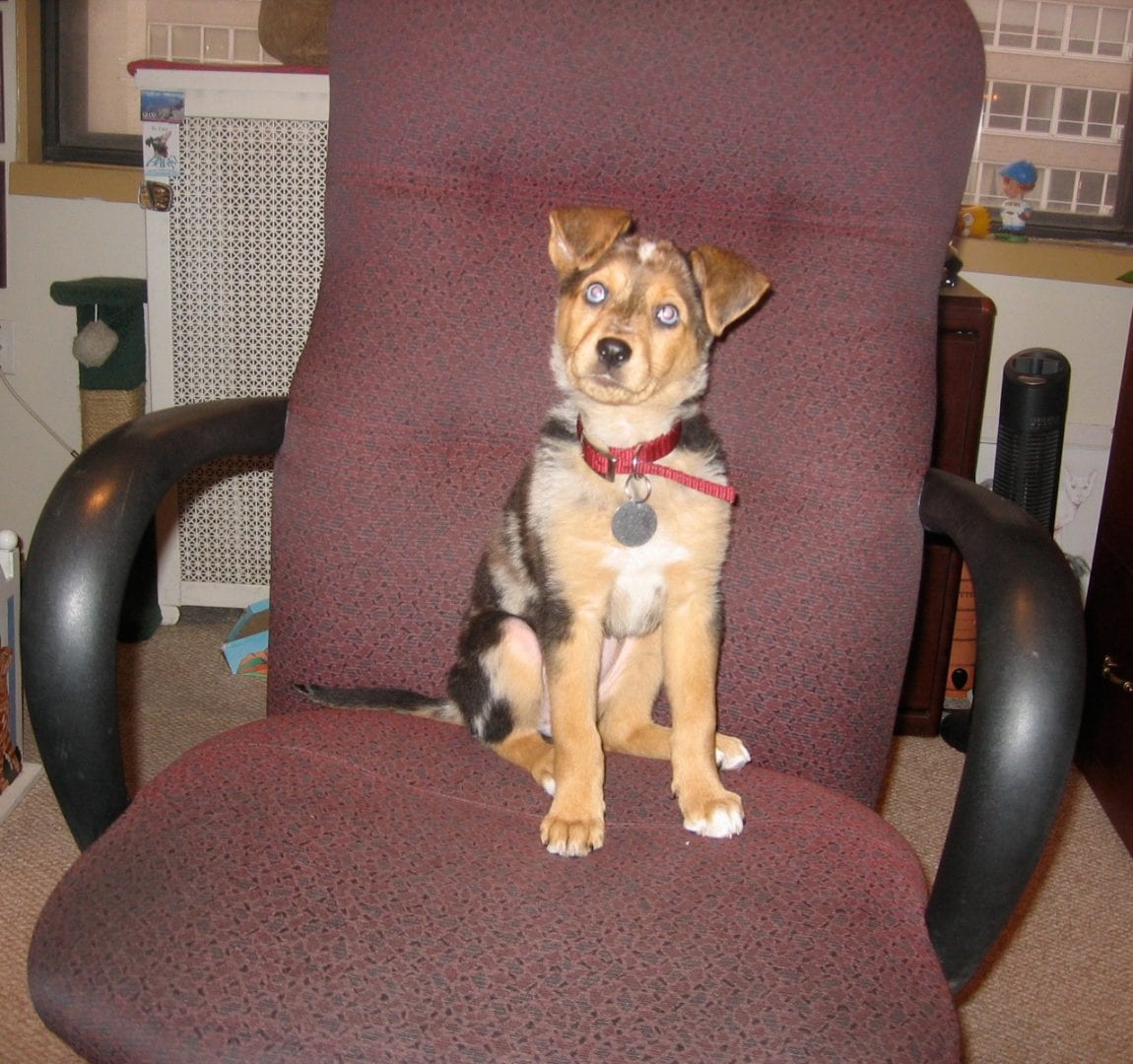 I think National Mutt Day is just the right day for me to re-tell this story about our “pure bred” King Daly Shepherd. 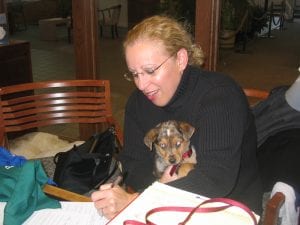 It was 14-years ago when my wife Robin and I were called by friend at Chicago Animal Care & Control, saying a box of Australian Shepherd puppies have just been dropped off.

She knew we like Aussies, and we were in the market for a dog as our heart dog Chaser, a Brittany, had recently passed away. Our current dog, at that time, was a Miniature Australian Shepherd, named Lucy.

Here’s the problem. How can you meet a litter of puppies and not want one? The litter, clearly not pure bred Aussie or pure-bred anything included what looked like a Rottweiler mix. Maybe, if you stretch your imagination, some could have been Australian Shepherd mixes. But my wife and I never really cared.

We chose a blue-eyed merle-colored pup we named Ethel. The merle-coat markings were more like an African Wild Dog than an Australian Shepherd, and that unique pattern appealed to us. And Ethel kissed us a bunch of times too, no doubt factoring our decision. 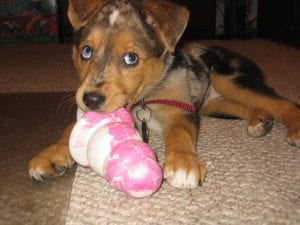 At that time, so-called designed breeds were starting to become incredibly popular, and a “cool” dog to have.

Goldendoodles (Golden Retrievers and Standard Poodles), cockapoos (Cocker Spaniels and Poodles), pekapoos (Pekingese and Miniature Poodles) and puggles (pugs and beagles) were then (and continue to be) among the most popular of these so-called designer breeds. While, I suppose you might make an argument that today these are breeds, I suggest they are today merely mixed dogs, and definitely that was the case over a decade ago. And when purchased at a pet store, these dogs are likely from puppy mills.

Is this how King Daley Shepherds run?

One day, when Ethel was still somewhere under 6-months old, we took her to the park across the street from our house. Ethel began to play with another dog, whose owner proulyd volunteered, “I paid $1,650 for my ‘bagel.’

I replied, “That is one expensive bagel. I hope it included cream cheese.”

The woman barely cracked a smile as she told me, “You do know what those are, Bassett Hound and part Beagle and the most wonderful dog ever.”

“What do you have?” She asked.

I had to come up with something. I said, “Ethel, here is the very rare King Daley Shepherd.” 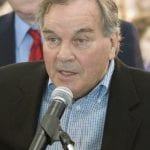 By now, Ethel had a kind of shepherd-look, and Richard M. Daley was still the Chicago Mayor.

I know this was a mean thing for me to do. But Ethel looked so unique, I always got the question, “What is she?” And when I replied “mutt” people seemed disappointed. You might say, I just didn’t want to disappoint more people. Just hours before, we were walking down the street, past a hair salon. Three ladies ran outside to see us. There was a hairdresser wearing plastic gloves; a woman with curlers, aluminum foil and I’m not sure what else was crammed inside her mane, and a woman with a cell phone to take our pup’s photo. They all wanted to know one thing: “What is she?”

I felt obliged to come up with something fancy since my previously stated answer, “she’s a mutt,” just wasn’t compelling. 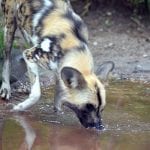 “You couldn’t have paid so little,” the ‘bagel woman’ steadfastly insisted, actually sounding quite angry. King Daley Shepherds cost at least a thousand,” she insisted.

I made matters worse, “Have you ever heard of the African wild dog?”

Of course, the notion is absurd but I said it with a straight face. She didn’t know what to make of me, except before walking off she did wish me luck with my King Daley Shepherd, and added, “I must say she is the most striking King Daley Shepherd I have ever seen.” 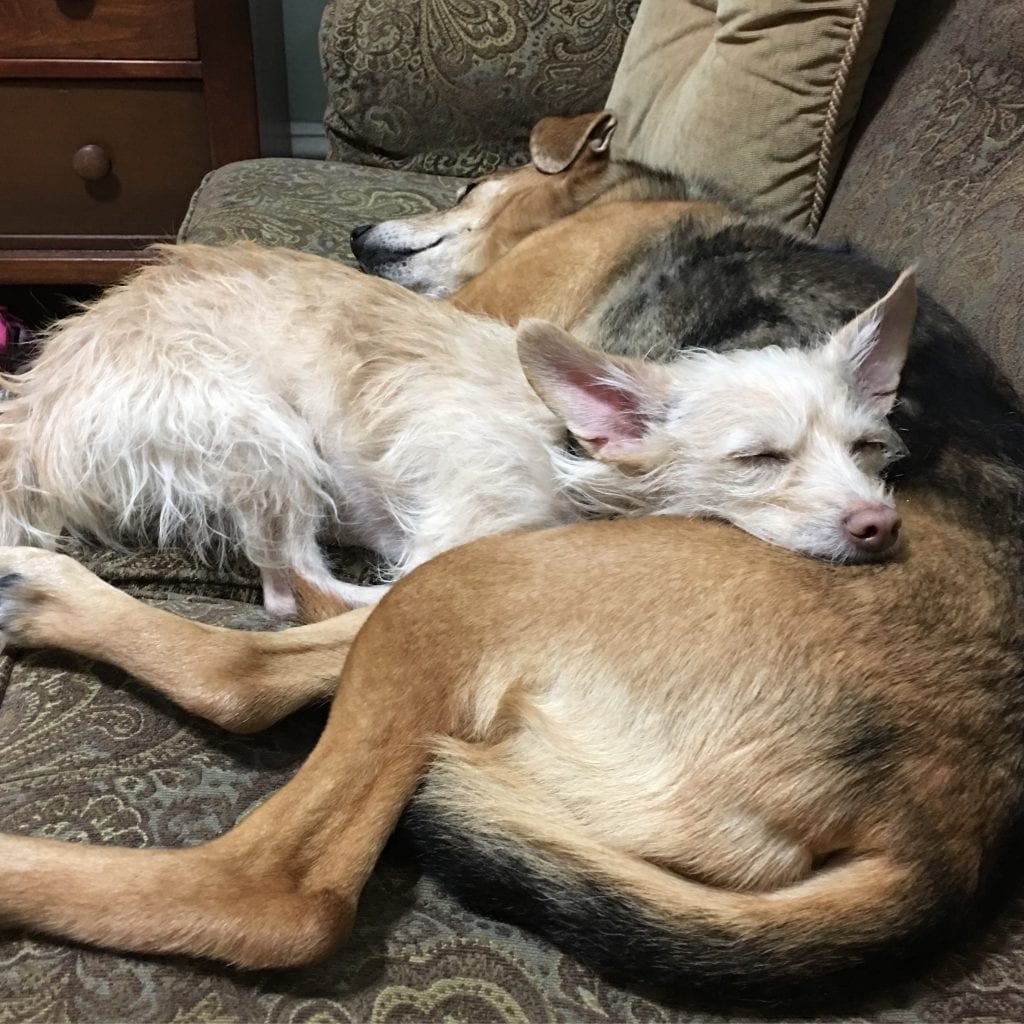 Ethel today with her “sister,” I am afraid another mutt