Kukur Tihar: A Howliday for Dogs 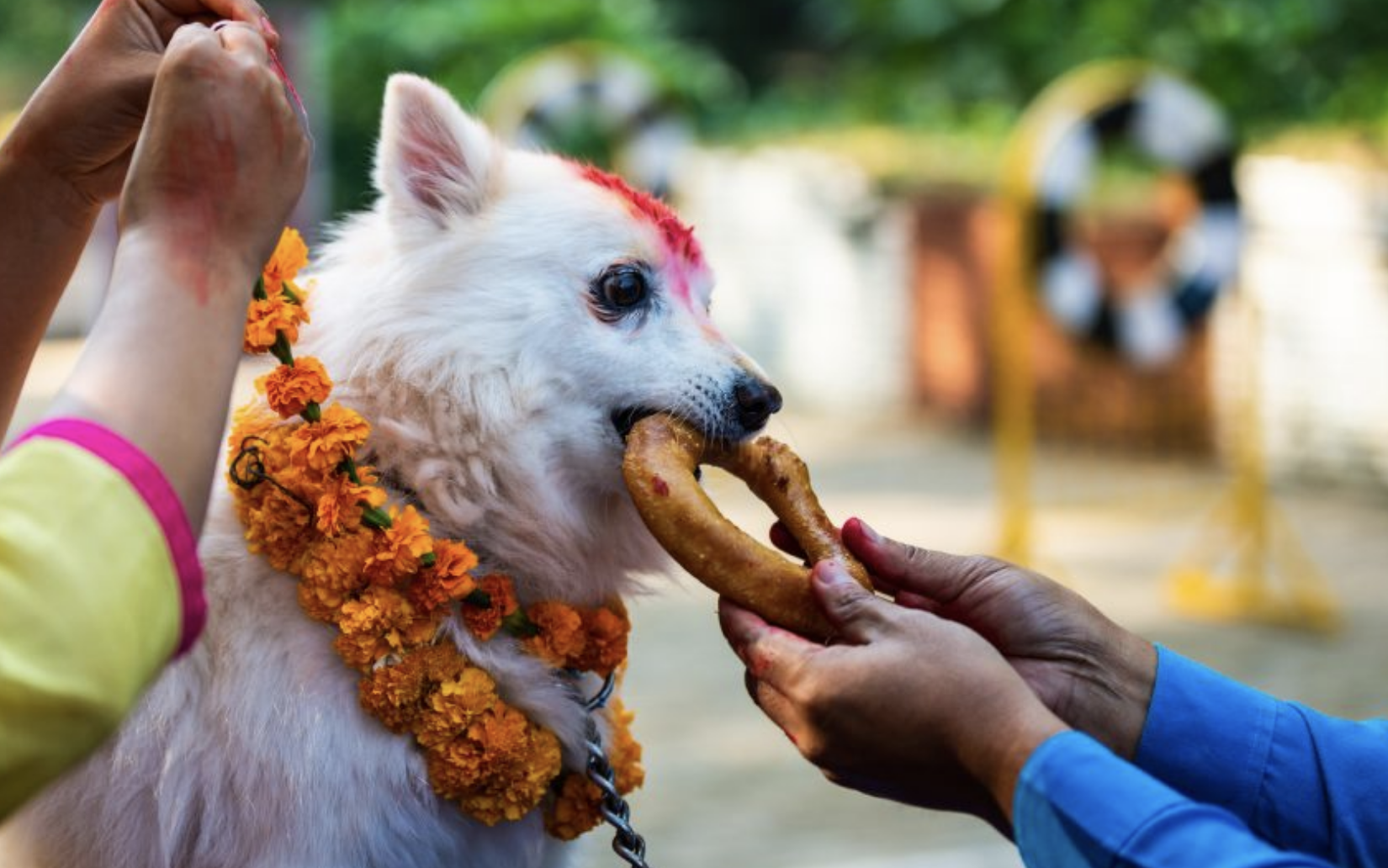 As our world is now upside down, nothing brings nations together as do dogs. Our best friends deserve their own day, and that’s what they get every year in Nepal with Kukur Tihar or Kukur Puja, which literally means worship of dogs. 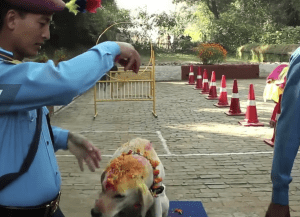 This is a mini-festival is a part of a larger Hindu celebration of Diwali, the festival of lights. According to Nepalese tradition, one of the festive days is dedicated solely to our best pals with four legs. In Hindu religion, a dog is a sacred animal, intended to have a special bond with a human, so as to accompany us on our way to heaven. Who can argue with that notion?

Both canine strays and pets are showered with flowers, adorned with garlands and tilak or gulal. The forehead is painted with a paste named talik or tikka made from red-colored powder, with rice and yogurt. This marking symbolizes their sacredness.  After a ceremonial puja, they are treated to milk, eggs, meat, dog food or anything they like. This year, Kukur Tihar was celebrated November 14 just in case you missed it.

Nepal’s dog-worshipping tradition comes from Hindu mythology. In the Mahabharat, when the Pandavas set out on their final voyage to 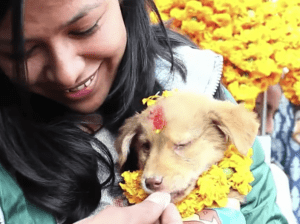 Swarga, a dog follows them on their journey. The texts say that Yudhishtira refused to enter heaven without his dog, his best friend.

According to legend, Yamraj, the God of Death,  has two watchdogs who guard the gates of hell.

Dogs aren’t the only animals celebrated in Nepal. On the first day of Tihar, a five-day festival, crows are worshipped. On the third day, people celebrate cows  On the fourth day, different people worship different beings including oxen, mountains or might even worship themselves, which sounds a bit self-serving.

And the festival is spreading. In 2016, Mexico adopted the Kukur Tihar, where locals walked their pets to Revolution Square in Mexico City and just as in Nepal, dogs are adorned with  garlands and tika.

Maybe the U.S. and Europe should adopt this howliday as well.