Leaders in Business Have Grown Up with Pets

Want to succeed in life? The answer: Get a pet! 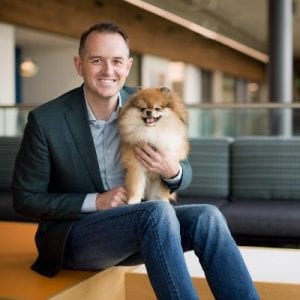 According to a Banfield Pet Hospital study (in conjunction with Kelton Research), there’s s a correlation between successful people and pets. Business leader believer having a pet has contributed to their career. Specifically 93 percent of the C-suite executives surveyed in the U.S. grew up with a pet, with 78 percent attributing their career success in part to owning a pet as a child.

Banfield’s survey also found childhood pet ownership may influence business success, and it isn’t just dogs that have a positive impact, cats do too.  While more than four in five (83 percent) C-suite executives surveyed grew up with a dog, and almost three in five (59 percent) grew up with a cat, nearly two in five (37 percent) grew up with pets like birds, rabbits or even rodents. Who knew a pet rat might make you a leader in life? 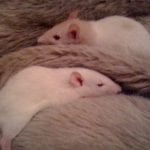 Regardless of the pet, top business leaders agree their pet companions taught them valuable lessons as a child, such as responsibility, empathy and creativity – qualities they believe helped them to thrive as leaders in the workplace.Nearly a quarter (24 percent) of those surveyed said their childhood pet taught them more valuable lessons than their first internship. C-suite executives feel their pets also helped them to develop other important leadership skills, including discipline (92 percent), organization (79 percent) and the ability to identify and anticipate business needs (38 percent).

Successful people and Pets: Leaders have grown up with pets and/or have one now 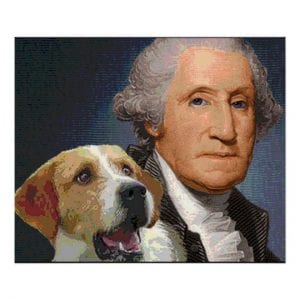 George Washington and one of his many dogs, named Liberty Belle

So, based on this date – it shouldn’t be a surprise that most U.S. Presidents – from George Washington onward – have had at least one pet.

Many leaders surveyed also felt having a childhood pet unlocked vital lessons in creativity. Eighty-four percent of C-Suite executives who grew up with a pet said they’re creative, and almost three in five (59 percent) credit their childhood pet for having a positive impact on their ability to think outside the box (not referring here to what cats may accidentally do outside the box). More than three in four (77 percent) C-suite executives said walking a pet helps them brainstorm business ideas and boosts creativity at work. 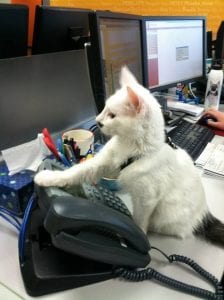 Nearly all current pet owners surveyed reported they stick to a schedule or routine (86 percent), are better at managing time (86 percent) and are good at multitasking (86 percent) because of their current pets. Sixty-two percent of C-suite executives surveyed believe pets had a positive impact on their ability to build relationships with co-workers and clients— and that’s true of both working professionals and C-suite executives, with 80 percent of those surveyed reporting they feel more connected to colleagues who are pet owners, and nearly the same number (79 percent) think co-workers with pets are hard workers.
So, why is this so. Why is thee link there between successful people and pets? Some is statistical likelihood, as most American family’s simply have at least one pet. But that fact alone doesn’t explain the eye-opening results of this survey.