Leptospirosis in the Big City, Tick Disease in Dogs Occurs in People Too 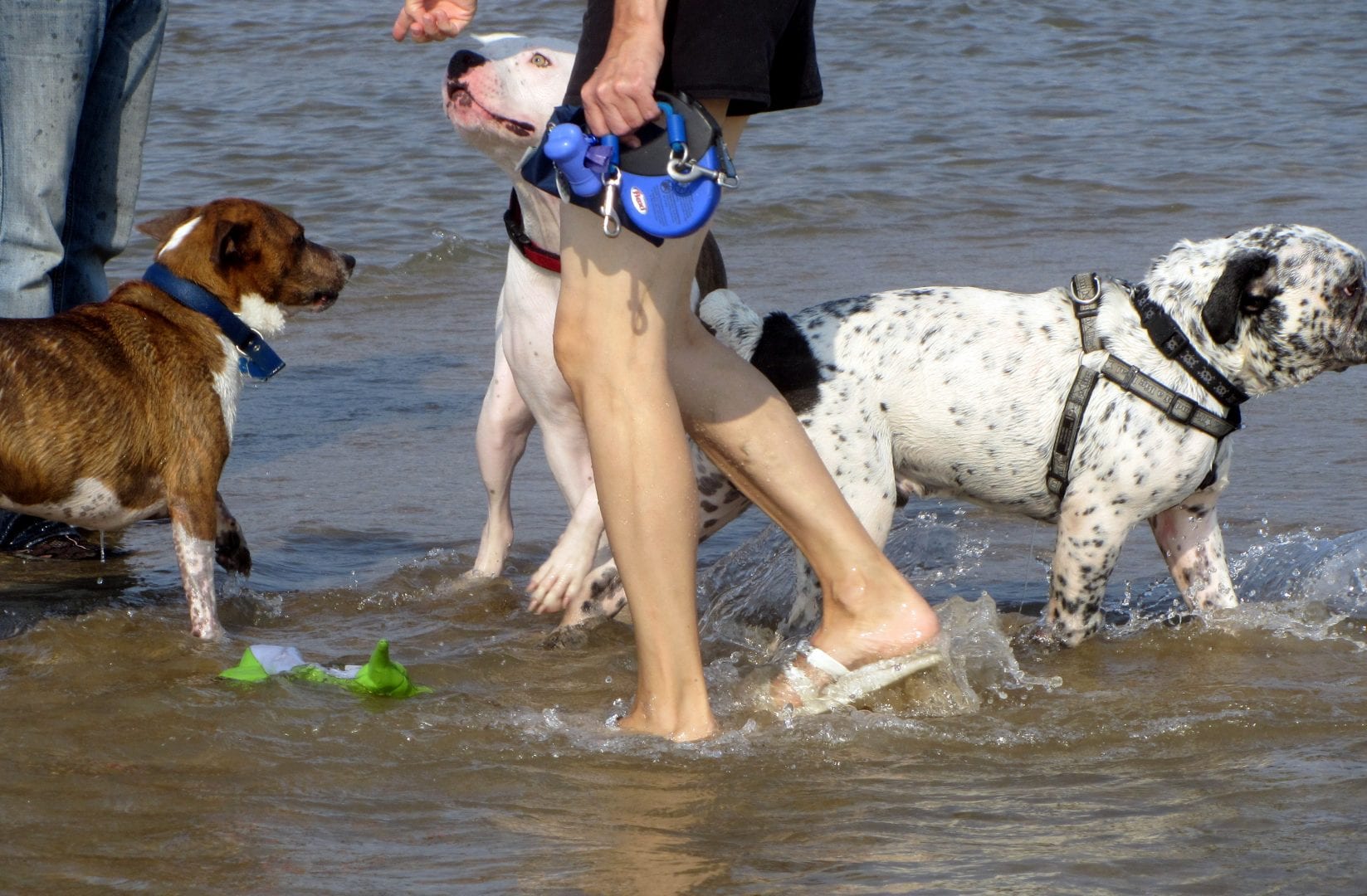 I speak HERE on my WGN Steve Dale’s Pet World radio show with Amanda Smith, lead author of a recent paper on leptospirosis,  “The Descriptive and Spatio-Temporal Analyses of 45 Canine Leptospirosis Cases from Chicago, 2015-2018” 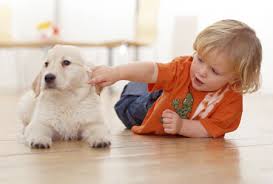 We’re talking about leptospirosis here for two primary reasons: The bacterial disease may infect our dogs and potentially cause serious illness. We may also get this disease, potentially even from infected dogs. And among people, children are most at risk, which Smith explains.

Traditionally lepto has been thought of a problem in rural areas, where there’s more wildlife which can spread the illness. Many animals carry lepto in their urine, from raccoons to coyotes and that list is very long. Livestock on farms can transmit lepto too. Smith led a nationwide study, following many reports of lepto in big cities, to confirm that the disease is happening now as often or likely more often in urban areas. And that turns out to be the case, according to her research.

We previously were the first to discuss the results of her studies on WGN radio. 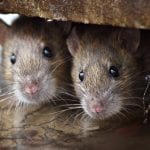 Smith says she’s unsure about pinpointing the cause for increased leptospirosis in urban area. No doubt the increasing intersection of the city and suburbs with forests and places where there’s lots of wildlife has a lot to do with it. But lepto is even found in the center of city’s like Chicago, and she has no doubt that city rats (Norway rats) are a significant explanation. Where there are rats, there’s likely lepto.

In her study, no surprise, Smith found that vaccinated dogs do not die of leptospirosis.

Ticked off About Ticks

The Companion Animal Parasite Council (CAPC) does an excellent job of tracking information and where various tick diseases, including Lyme, are located.

Dr. Craig Prior is the immediate past past president of CAPC. HERE on WGN radio, he says information about tracking tick disease is important, not only for protecting pets but for protecting the entire family.

I suggest tick disease is epidemic and that dogs are sentinel for tick diseases, most particularly Lyme. And Prior notes that a new paper confirms that is the case.

We also talk a bit heartworm, and how preventable this mosquito spread illness actually is. What’s more with all the rain, that means likely more mosquitoes which means a potential increase of heartworm if we don’t use a preventive.

We talk about a multimodal approach, which borrows on the Centers for Disease Control protocols for many human illnesses. In this instance, it’s using a spot on product like Vectra 3D to deter ticks and also fleas. 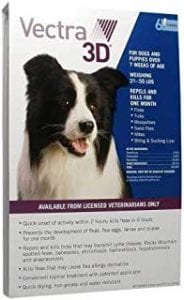 In addition, Vectra 3D repels mosquitoes and works as a very effective double defense against heartworm with a traditional heartworm preventive.And killing mosquitoes doesn’t seem like a bad thing, Prior says. Also, you can help by not keep out standing water. Some mosquitoes can even reproduce in a space as small as bottle cap.

If you want to know what the risk is in your area, check out petdiseasealert.org.

I do speak all over the world, but I have a couple of talks coming up which happen to be in the Chicago area. 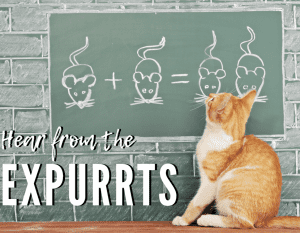 On July 21, I am speaking at the Meow Meet Up at the Donald E Stephens Convention Center in Rosemont. I am only a small part of Chicago’s own cat convention, a fiesta for feline fanatics. I am focusing on cats and the Fear Free initiative,on how not only to minimize fear, anxiety and stress of veterinary visits but also a home, which coincides with my second talk about enriching cat lives, called “Brain Dead Fat Cats.” I hope you can join me at 11:30 a.m. and again I speak at 2:30 p.m. Tickets are here. AND  Use the Discount Code SteveDale (as one word) or WGN and you will receive $5 off admission.

I partake in the Animal Behaviour Society Public Day, with a program called, “The Modern Dog: In & Out of the Shelter” on Saturday, July 27, 9:00 a.m.-1 p.m.. at the University of Illinois Student Center East building, Room 302. The entire day is free and open to the public (unlike the paid portion of the conference). No registration required. At noon, I am happy to again talk about the Fear Free initiative, to minimize pets’ fear, anxiety and stress in homes and also in shelter environments. 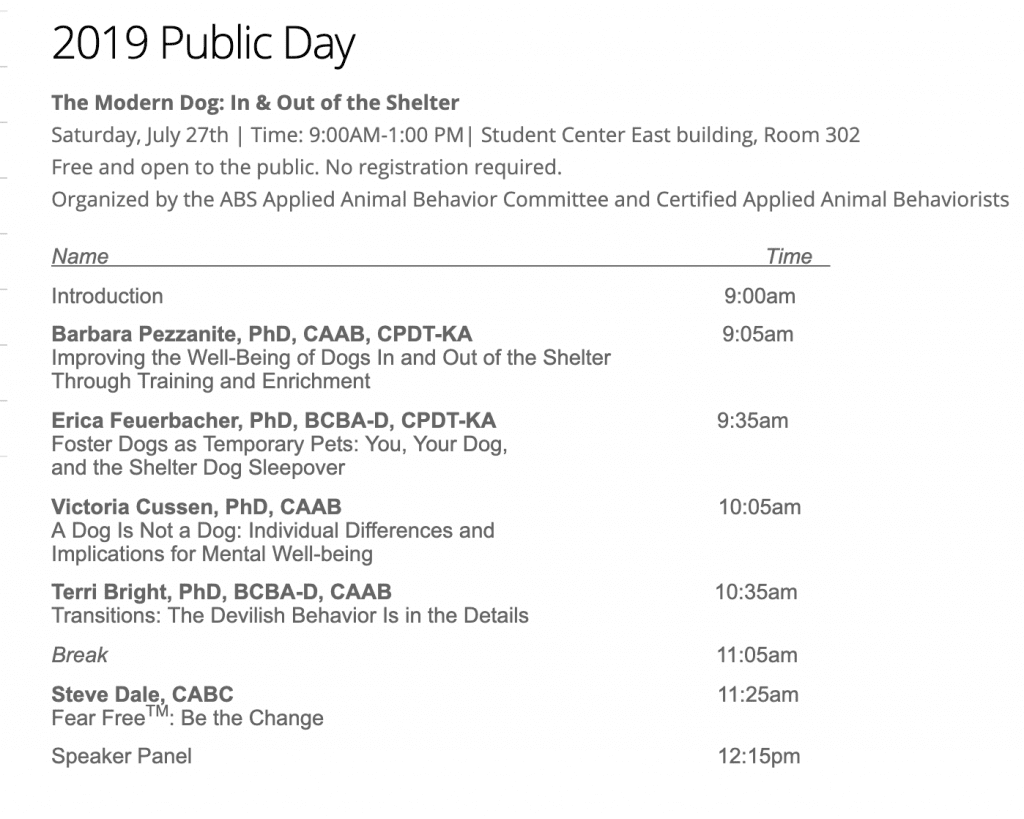 I also speak on my Steve Dale’s Pet World show in some detail about how to desensitize and counter-condition fear pets so they accept, tolerate and maybe even look forward to the sounds of fireworks. It is possible – and I explain how.