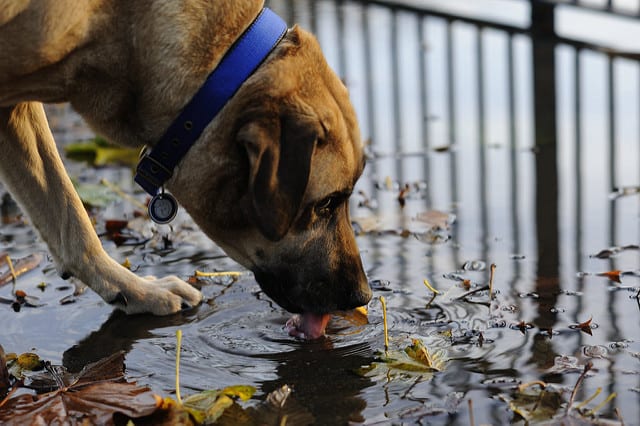 Leptospirosis doesn’t just go away because the weather gets a bit cooler. In fact, in places, there may be more of it. Lepto is a water born bacterial infection spread by many mammals, most prominently rats. That’s why Lepto is sometimes called “rat fever” or “rodent fever.”

Infected animals may or may not show symptoms. Infected animals can spread the illness via their infected urine. And that is where potentially humans can get into trouble, even with the family dog.

Say an unvaccinated and infected dog piddles indoors, and a toddler crawls on the floor and a hand goes in the mouth. Potentially, that toddler could be infected and become seriously ill.

Some dogs are infected and asymptotic. Other dogs sometimes become very sick from leptospirosis, which can be life threatening due to liver and/or renal failure.

In some places leptospirosis is occurring more than ever. Often this is easy to explain. For example, following hurricanes or other causes of flooding there is an increased chance of a leptospirosis outbreak. Incidentally, this is a potential danger for farm animals, wildlife, domestic animals and humans.  In places, where rats are over-populated, there is an increased chance of leptospirosis. However, scientists note they don’t have a real explanation for the increase in lepto reports. While lepto occurs everywhere in the U.S. (Hawaii has the most), there is a geographic trend which experts can’t explain.

For example, in 2016, the Michigan Department of Agriculture reported a record number of canine leptospirosis cases in the state with more than 75 percent of those cases occurring in dogs in Oakland, Macomb and Wayne counties.

For dogs, leptospirosis is one of those vaccines that is dependent on lifestyle and where the dog lives. Having said that, according to a paper published in 2017 in the Veterinary Journal, fewer than four percent of dogs are actually vaccinated for lepto – which veterinary experts agree is far too low. 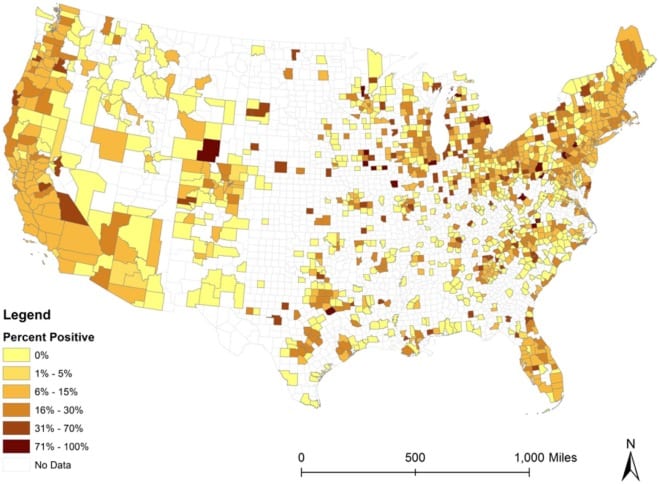