My goodness – panic in the streets because coyotes are being seen in the city of Chicago and other urban areas around America. News reports indicate: 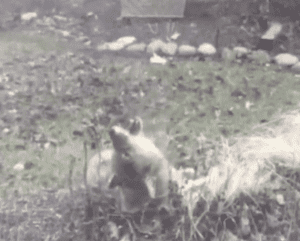 Here’s the truth about coyotes: As the video below indicates, hazing is an effective means to keep coyotes at a distance, and typically to scare them off all together. Hazing means, make noise…if you’re concerned carry a whistle but you always have your voice and your hands. Hollering “get away,” while jumping up and down and clapping is actually quite effective.

Coyotes might be brazen enough and/or when hungry enough to attack a human toddler or infant who is without adult supervision. But if your neighbor is regularly leaving a baby or 2-year old outside without adult supervision, I’d suggest there’s definitely a parenting problem there which goes well beyond what a coyote could do. Who leaves babies unsupervised in backyards? Contact the Department of Children and Family Services, not animal control.

With an adult very nearby who is willing to holler “get away,” children are very safe. Coyote attacks to people are so incredibly rare, they’re not worth mentioning. Attacks from squirrels are actually more likely – but you don’t see people contacting police when they see a squirrel. And mostly attacks to people occur when wild animals are habituated because people have fed them. So don’t feed the coyotes, or hand-feed squirrels for that matter. 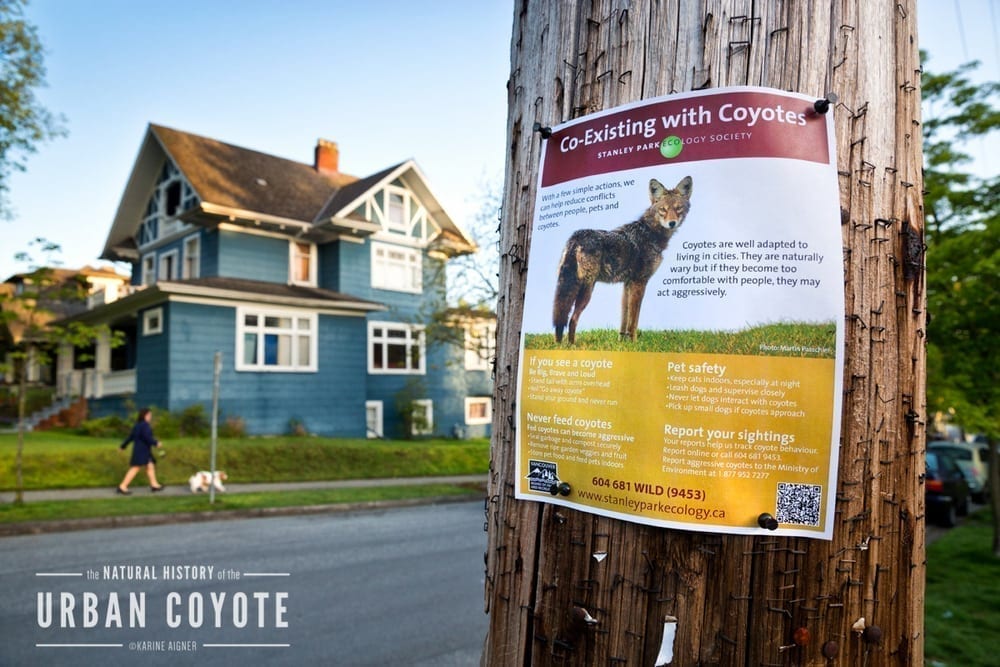 Unless there is food at the front door, or the prospect of food, I’m unsure why a coyote would wait to come inside. Maybe because the cat or dog just entered through a doggy door. Indeed, coyotes will attack mid-size or smaller dogs and cats. But they won’t if a human is on the other end of the dog leash and willing and able to holler “get away.” I’ve described many reasons why I don’t like retractable leashes, and one reason is that the leash can easily be dropped if a dog panics when seeing a coyote or the dog is 14-feet away. While attacks hardly ever ever ever occur with a human on the other end of a dog leash, it’s less likely when a person walking a dog has more control and the dog is on a 6-foot leash. If you really feel threatened, just scoop up the door into your arms. When in the yard, while it’s annoying, an adult does need to be outside with a small or mid-sized dog if there are coyotes nearby.

As for cats, coyotes are only one of many reasons why cats are FAR safer and live longer indoors only.

In urban areas, there wouldn’t be coyotes if they didn’t find food. Their diets consists of everything from pizza tossed in the trash to squirrels to rabbits to city rats. Where there are coyotes, pet rabbits in hutches should be moved indoors in the evening. An injured or ill coyote may have difficulty finding food and may be potentially oddly aggressive. But even sick or injured coyotes are rarely this desperate.

Living with wildlife means making minor adjustments….but some are so filled with unwarranted terror, they won’t consider anything except to cry wolf (so to speak)…..Or support poisoning them or having animal control confiscate and then destroy them. In places, people shoot coyotes for sport.

It’s a shame as coyotes do serve a purpose where they continue to reproduce, and better than many species have adjusted to living near humans. But that doesn’t mean they are threat to humans.