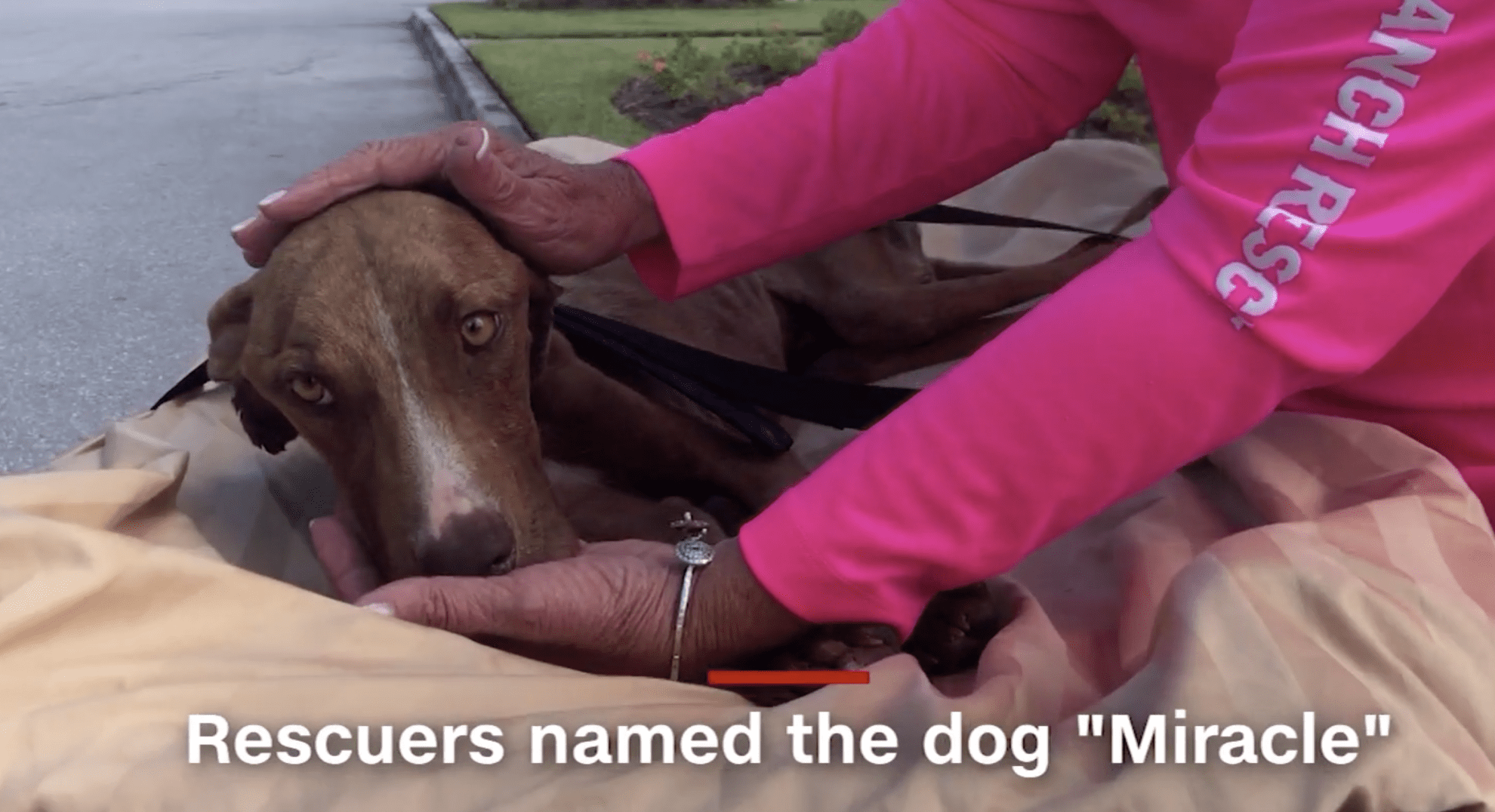 Hurricane Dorian struck the Abaco Islands on September 1, 2019 with sustained winds of 185 miles-per-hour with gust exceeding an unfathomable 200 mph.  At least a thousand people are thought to have died and over 70,000 remain missing. No one will ever know how many stray or owned companion animals have died, but some say that number could be as many as a thousand.

A month later, it’s assumed any animals found in the debris are no longer alive. But there’s a miracle.

On Friday, October 4, a drone discovered a pup trapped under debris in Marsh Harbour. The dog was emaciated but alive! And rescuers named him Miracle. Starving to death, and apparently surviving on rain water, it’s thought the pup will recover. Demonstrating how animal lives matter, the dog was medvetted by plane immediately out of the Bahamas and delivered to Big Dog Ranch Rescue in Loxahatchee Groves, FL

If Miracle’s owners are not found, there’s a line of over a thousand folks who seek to adopt this one dog, from even as far as the UK. And while that’s wonderful,  if you’re interested in adopting a dog, I suggest there may be a shelter dog near you just as deserving but many dogs with albeit a less dramatic story, not to mention so many other dogs at Big Dog Ranch Rescue.

Here’s a report describing what Big Dog Ranch Rescue has been doing, including saving over 140 dogs from the Bahamas.