Naperville, IL Does It! Bans Sales of Dogs and Cats at Pet Stores

It’s happening all over the country, and now Naperville, IL has now banned the sales of dogs and cats at pet stores because of where these animals are sourced, as NO responsible breeder ever sells to a pet store. The subject has been brought up previously, dating back to 2014; the final vote was narrow, 5 to 4.  Previously, “big guns” from the pet industry had even flown in to testify. Clearly with Petland Naperville and Happiness is Pets in one community, this is a big deal and a major blow to those who support these pet store sales of dogs and cats, particularly from national chains. But in the end, local council listened to their residents rather than big money. 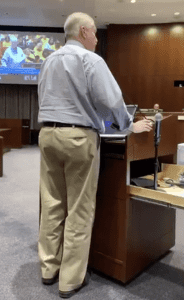 Jeff Nicholson spoke eloquently as he noted the pet stores as bad for consumers because they charge incredibly  high interest financing rates, calling them predatory loans invoked by a pet store. Nicholson, a local retired banking executive, also pointed out an appeared association with Swanson Investment Inc. and Petland in Naperville, as they share the same address. “One can argue that Petland is a finance company disguised as a pet store,” he said.

Nicholson also noted, “As of December 2019, the single largest donor of Coyne for DuPage candidacy is Swanson Investment, Inc.” He was referring to Council member Kevin Coyne, who with Mayor Chirico allegedly has ties with Petland and Happiness is Pets. 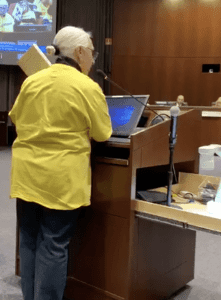 Gail Diedrichsen holds up a copy of Decoding Your Dog

I am currently in Mexico on vacation. Still,  long time advocate, Naperville resident and professional dog writer/photographer Gail Diedrichsen read an email which I wrote to the Board members from Mexico – as the blog posts on the topic were far too long to read. She  held up a copy of a book I co-edited, and authored by the American College of Veterinary Behaviorists called Decoding Your Dog. 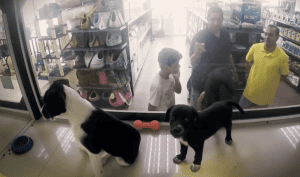 Gustin said she believed the decision centered on Naperville’s values. “Who are we as a community? We are community that cares for animals and the people of our community,” Gustin said. I wrote about this in a blog post – when people pass by pet stores that sells dogs and cats, how can they explain to their children that their community is supporting puppy mills?

But Chirico questioned whether the ordinance will have any real effect on stopping irresponsible breeders. “I’m not seeing the connection here,” he said.

The owner of Petland Naperville and others opposed to the ban said it will lead to the closure of two Naperville pet stores and would limit consumer choice when it comes to buying dogs. And they’re right, no longer will puppy mill dogs be available for sale.