No Peacocks on this Plane 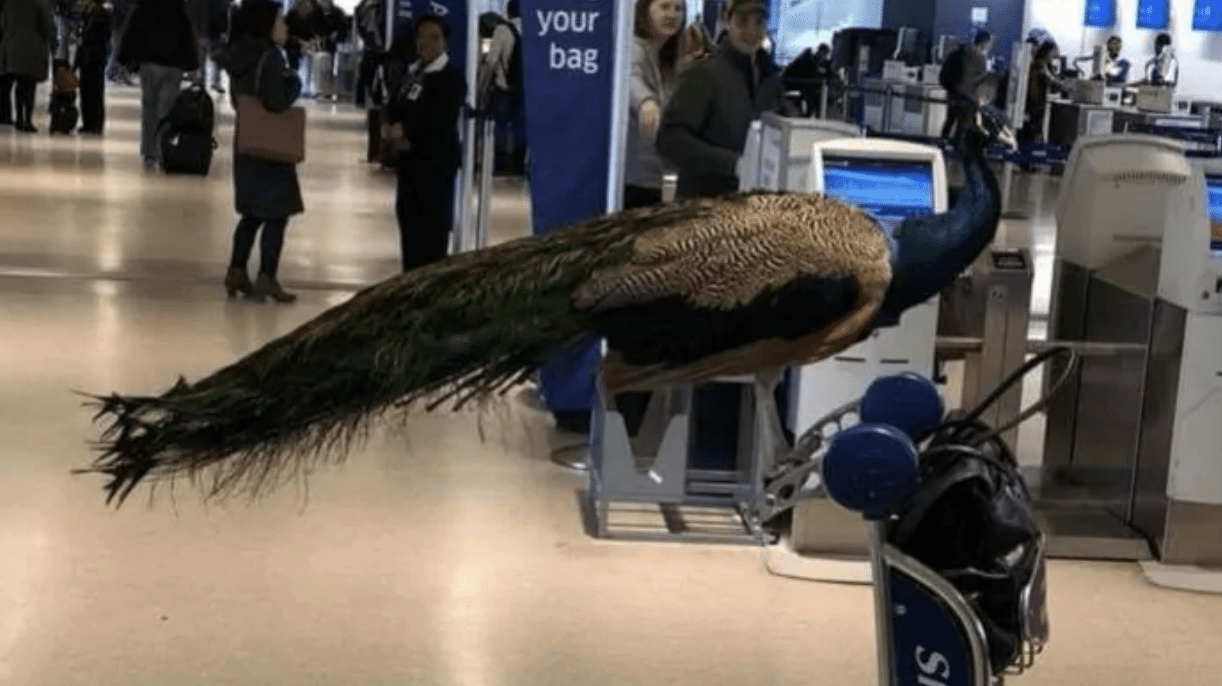 A New York City-based performance artist, Ventiko, attempted to board a flight on January 28 from Newark Liberty International Airport to Los Angeles with an “emotional support” peacock.

Ventiko had wanted to purchase a separate seat to take her celebrity bird on the cross-country flight, however United Airlines said the passenger had been told in advance the peacock would not be allowed on board.

The peacock, named Dexter, has more than 12,600 followers on Instagram, where Ventiko documented the events.

Dexter’s Instagram account added after the unsuccessful attempt: “Tomorrow my human friends are going to drive me cross country!”

Was this all a publicity stunt? Or does Ventiko really believe her bird (house-trained, very likely not) offers emotional support and also merits being on an airplane?

United Airlines reportedly has responded that her bird did not meet guidelines for a number of reasons.

The airline added: “We know that some customers require an emotional support animal to assist them through their journey. In order to ensure we provide the best service to everyone on board our flights, consistent with government rules, we currently require these customers to provide documentation from a medical professional and at least 48 hours advance notice.”

But really, don’t people like Ventiko actually make it more difficult for people who truly do benefit from emotional support animals?

Ventiko originally purchased Dexter for an art installation and has been living with him in her New York City loft. She has previously been photographed taking him for walks on a leash and on the New York subway. 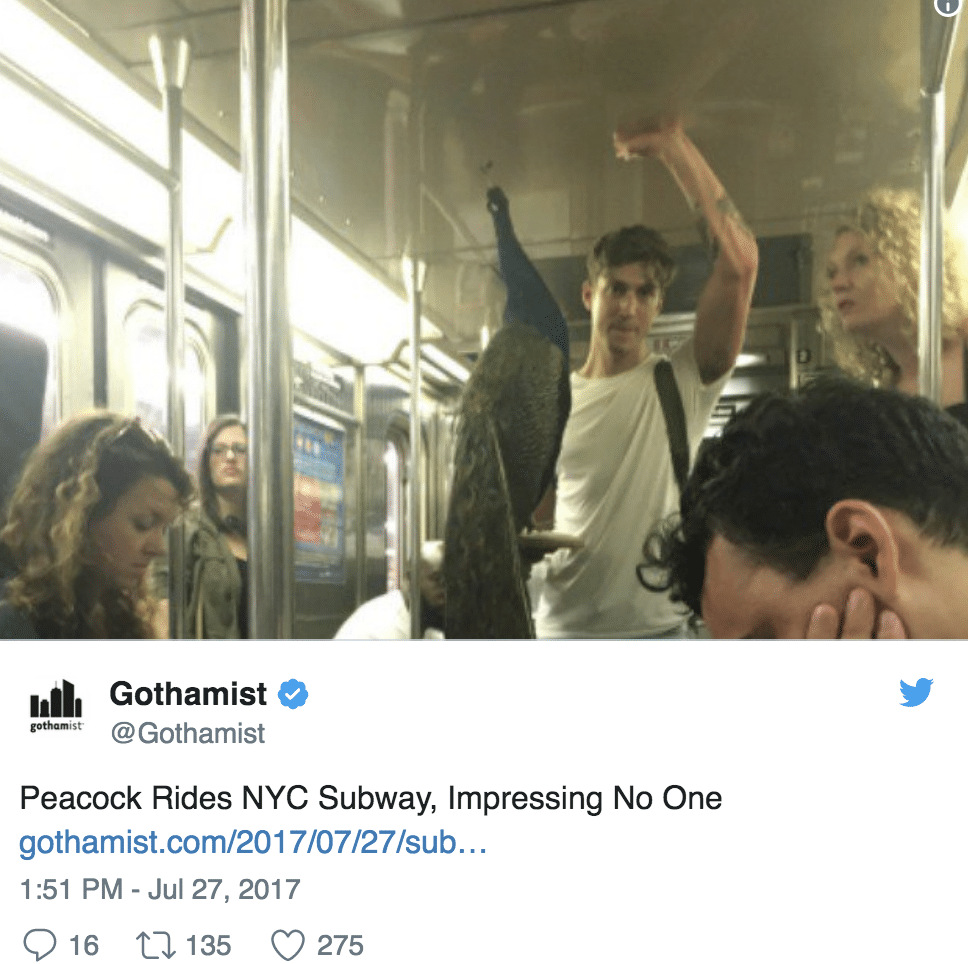 “The universe put us together and he really changed my life in a positive way,” she told Bedford and Bowery last year. “Dexter disarms anybody he meets.”

Clearly Dexter is a beautiful bird, and perhaps she does share a bond with her bird (peacocks can bond to people as well). However, does a peacock belong on an airplane? How does Dexter feel about the hustle and bustle of an airport?