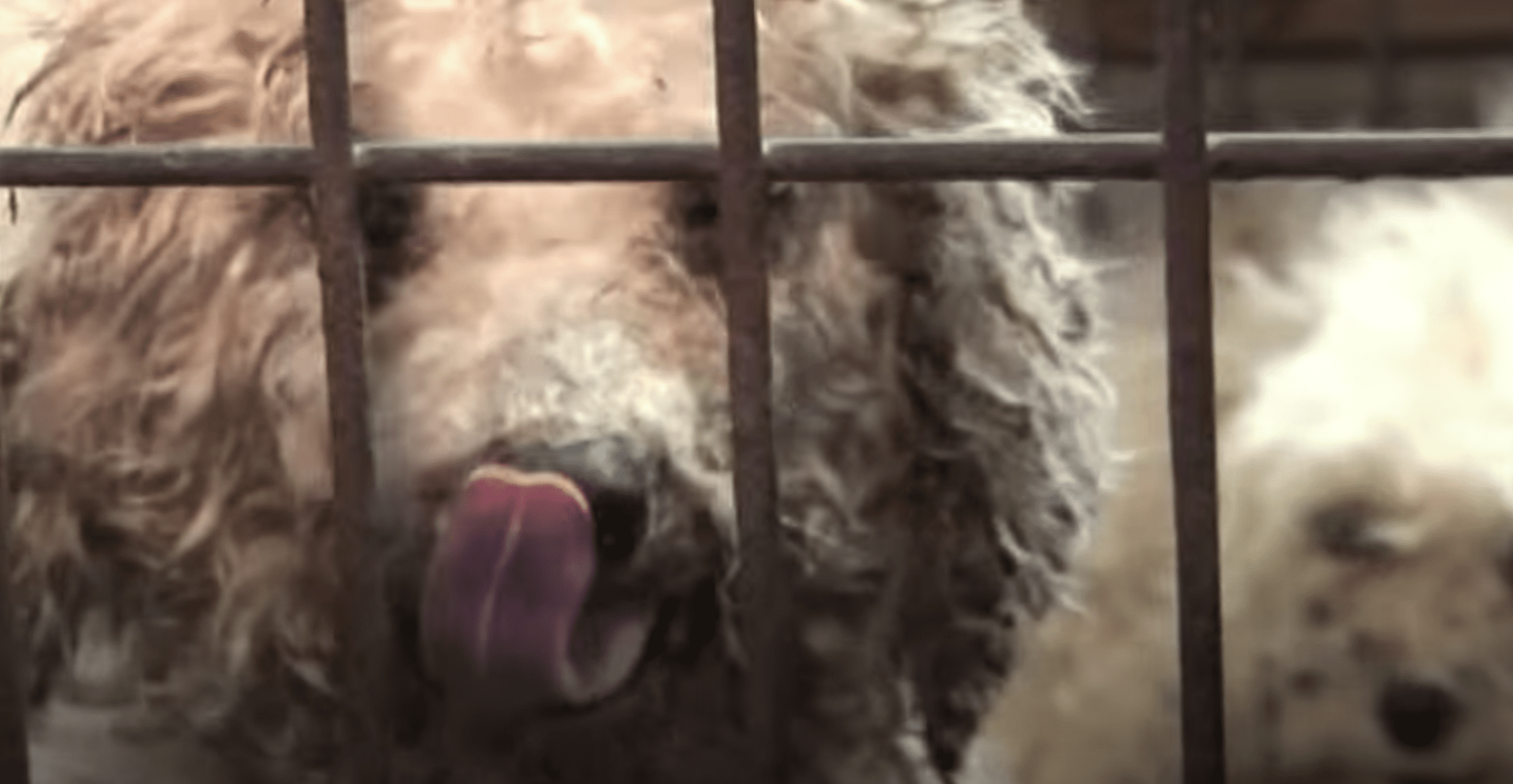 It’s great that people are getting puppies….that’s fine that they’re purchasing from RESPONSIBLE breeders. From shelters, adoptions in many places are way up and so are fosters. However, “saving’ pet store puppies only encourages for the continuation of conveyer belt puppy mill puppies to continue to flood pet stores. And the cycle continues, people – who are well meaning – want to save them or simply don’t know any better, and then more come into stores from the mills.

Please remember: No responsible breeder ever sells to a pet store.

And often pet store dogs aren’t even what the stores say they are. That Yorkipoo might not include pure bred Yorkie, for example, at least from the parents – that Yorkie gene may have to go back several generations.

According to a press release from the Humane Society of the United States, its annual report reveals 100 problem puppy mills and puppy brokers in the United States. The report uncovers dogs suffering across the country at puppy mills – many of which are still in business despite years of animal care violations, including citations for injured and emaciated dogs, dogs and puppies exposed to extreme cold or heat without adequate housing, and some with dogs living in such filthy conditions that they were covered in their own waste. Some dealers even admitted to shooting dogs or puppies they no longer wanted.

The release continues that for the first time since 2017, the Horrible Hundred report includes a full list of kennel names and license numbers. The report has been published every May since 2013, but since the U. S. Department of Agriculture data purge in 2017, some of the kennel names were unavailable and some puppy mills were only identified by city and state. This year, HSUS researchers again had access to complete information on each puppy mill, after Congress required the USDA to restore unredacted inspection reports to its online database, starting in February 2020. 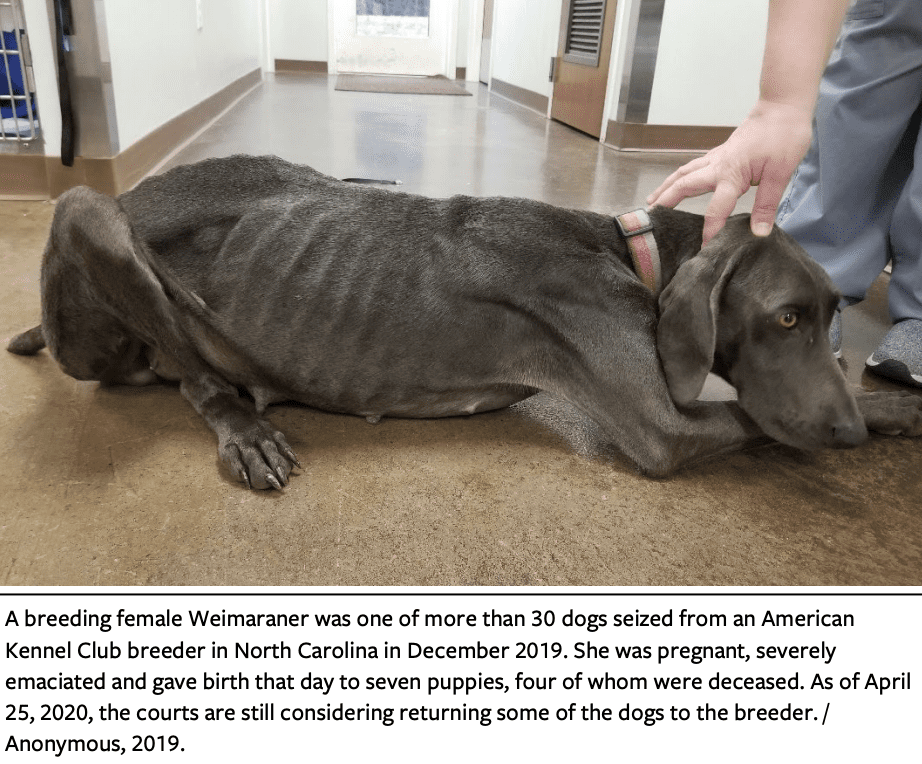 For the eighth year in a row, Missouri has the largest number of puppy sellers on the list (30), followed by Ohio (nine), Kansas (eight), Wisconsin (eight), Georgia (seven) and Pennsylvania (six). But because puppy mills sell to pet stores and via websites across the country, puppies from breeders included in the Horrible Hundred report are distributed throughout the country.

About half of all families with dogs share their own bed with the family child with four legs. And increasingly, people are treating their dogs and cats as children. Yet, we allow puppy mills to exist. Why aren’t they closed down? First, they succeed at staying in business; they make money and have found support in in the pet store industry and the American Kennel Club (AKC). 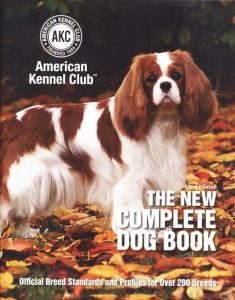 However, in their own recent book, The New Complete Dog Book, 22nd Edition, which was edited and authored by the AKC, they warn pet owners about going to only a responsible breeder and carefully defining “responsible” several different ways.

They write about how the best breeders are likely to be involved in the dog world, probably showing and exhibiting dogs. There is no way to know if the “breeder” (I put it in quotes because those who supply to pet stores are never responsible breeders, and it’s an insult to real hobby breeders to include them among suppliers from puppy mills or commercial facilities) who provide dogs to a pet store is involved in the dog world, showing/exhibiting dogs at shows. Of course, it is unlikely.

In the AKC book, a “green light breeder” is one who “eagerly opens his or her home to you. By visiting, you’ll get an idea of how the puppy is being raised, and what the mother is like in both looks and temperament…” Obviously, you can’t visit where the dogs are from when they’re at a pet store.

The AKC book continues, “A responsible breeder will also want to get a look at you, how you behave, and sometimes how the dogs react to you, to see whether or not you are the right ‘fit’ for one of his or her puppies.” Of course, if you purchase that doggie in the window, you’ll never be asked about being a “good fit.” And, you’ll never meet the people who originally bred the dog.  There’s only one criteria that you will be asked about, “Will that be cash or charge?”

The AKC book calls it a “red flag” if a breeder is unaffiliated with any club or organization and offers no background on a puppy’s parents. “Responsible breeders will know, in detail, about several generations of great dogs who went into creating this latest litter.”

How can the AKC offer what is actually appropriate advice about where to purchase pure bred dogs in one source (online as well as in the New Complete Dog Book, 22nd Edition), and spend lots and lots of money attempting to kill bills or even after a bill has passed to ban pet store sales then support efforts to overturn laws? They obviously spend A LOT of money on lawyers and lobbyists. What’s more all this happens at a time when the AKC has cut numerous employees (sources suggest at least a quarter of those employed) presumably due to the pandemic. 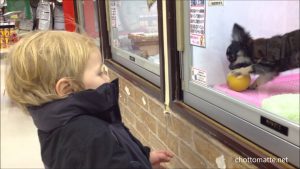 To be sure, puppy mills are not the fault of the AKC. But why does the AKC work so hard, spending so much money, contradicting their own mission and in the process throw dog poop in the face of their own historical constituency, hobby breeders who work so very hard to support their breed? It’s hobby breeders who show dogs, not pet store employees. And most dogs sold at pet stores aren’t even pure bred dogs; they are so called designer dogs, like Yorkipoos, Teacup Pomeranians, etc.

Shame on the USDA

I understand that at this moment the United States Department of Agriculture (USDA) is focused on the pandemic, but for years their inspections have been considered suspect. 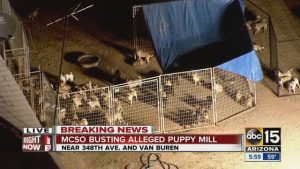 One example from the HSUS release: Wendy Pets, a USDA-licensed dealer in Kansas, admitted that they shot and killed two dozen dogs. State inspectors cited Wendy Pets for the inhumane form of “euthanasia,” but the USDA did not. This follows a history of increasingly weak oversight at USDA, where enforcement actions have plummeted about 90% over the past few years. Wendy Pets provides puppies to pet stores across the U.S.

Defense from those who argue that pet store sales of dogs should continue and all must be fine because the dogs are USDA inspected. Again, according to the HSUS, a USDA-licensed dealer in Iowa (Stonehenge Kennel), which has over 650 dogs, has been found with nearly 50 sick or injured animals since 2015, including limping dogs and dogs with open wounds, yet it remains licensed with USDA year after year. Stonehenge Kennel has been in the Horrible Hundred report three times, and continues to sell to pet stores across the U.S.

Some may say, the HSUS isn’t to be believed. Well, I’ve posted many stories – with video from law enforcement (not an animal rights group) from horrific places which somehow passed USDA muster.

Two dealers in Missouri (Cedar Ridge Australians and Puppy Love Kennel, aka Cory’s Cuties) were both found with multiple emaciated dogs living in dreadfully poor conditions. Both have been taken to court by Missouri’s attorney general, and their cases are pending. In the meantime, both breeders still advertise puppies for sale on their websites to unsuspecting consumers.

And even looming as a larger issue than pet stores are websites which look good but are really puppy millers. Yet, people continue to be be fooled – which is understandable. A coalition needs to advise the Federal government on restrictions regarding live sales of all animals. This coalition must include reasonable stakeholders from all sides – not just the pet store industry or the AKC.