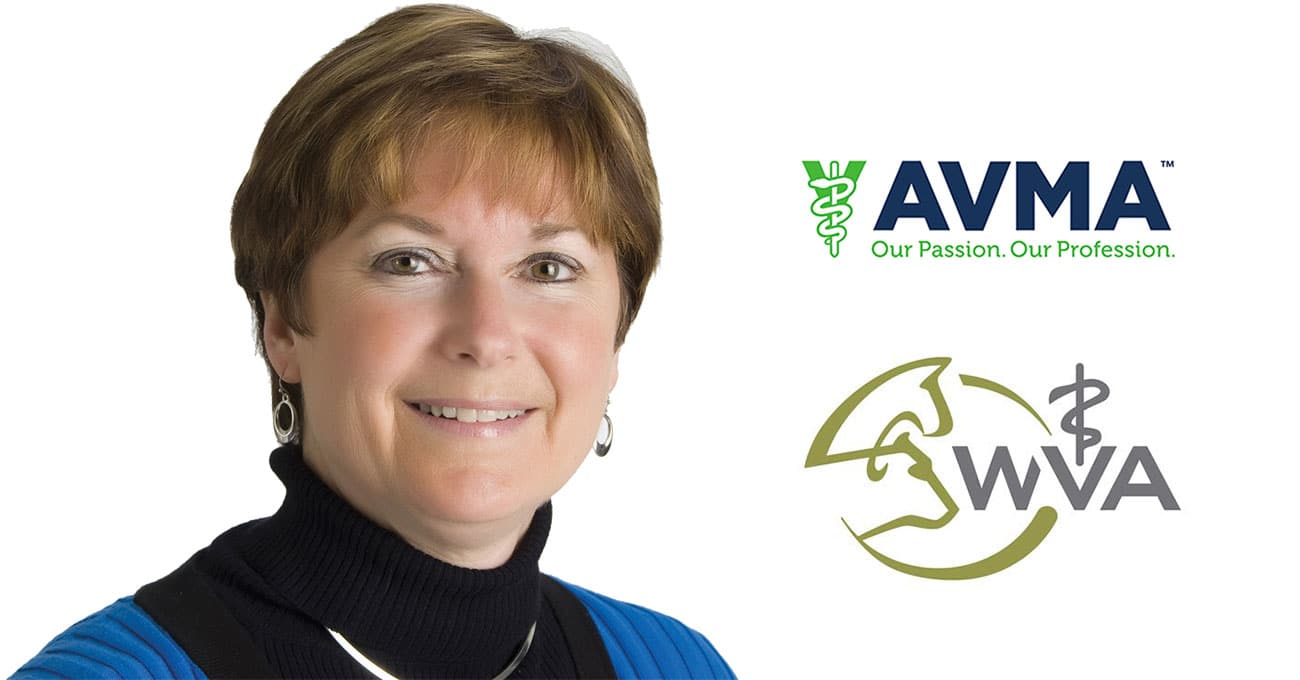 Veterinary medicine lost a dedicated leader. The last time I saw her she had recently been named President of the World Veterinary Association . We spoke off-camera about the lackluster response of public officials in Puerto Rico following hurricane Maria and about one health, as you’ll see in the video below. Dr. Carlson was always fun to talk with, and was generous with her time. Reaching the general public has always been important for Dr. Carlson.  Below is the release from the American Veterinary Medical Association, whom she served as President.

“René was an exceptional leader and voice for our profession,” said Dr. John de Jong, president of the AVMA. “She had been incredibly strong these past few years as she battled her illness and fought with the optimism and dignity that we will always remember her for. Personally, I will always remember her positive energy, her humility and her love of her husband, the AVMA and the profession.”

A resident of Chetek, Wis., Dr. Carlson graduated from the University of Minnesota College of Veterinary Medicine in 1978 and served as a small animal practitioner in Wisconsin for several years before taking on an active role in AVMA leadership. In addition to serving as AVMA president from 2011-2012, Dr. Carlson took on several other leadership roles at the AVMA as a member of the AVMA House of Delegates, the AVMA Council on Education, and as AVMA vice president. She also served as the AVMA director of international affairs and as chair of the association’s Committee on International Veterinary Affairs.

In 2014, Dr. Carlson was elected president of the WVA. “It’s amazing. I’m this person from a town of 2,000 people in Wisconsin, and I’m president of an international organization representing fellow veterinarians around the world,” she said in a 2017 interview with JAVMA News.

At the 2018 Convention in Denver, Dr. Carlson was honored with a lifetime honorary membership in the WVA and the AVMA awarded her with the Global Veterinary Service Award for promoting veterinary medicine worldwide.

Dr. Carlson is survived by her husband, Dr. Mark Carlson, who was also her veterinary school classmate.

“Dr. Carlson’s accomplishments are reflective of her lifelong dedication and commitment to the veterinary profession,” said Dr. Janet Donlin, AVMA chief executive officer. “We will all miss René so much, as she had such a profound impact on all of us and our profession for so long. Let us all keep her husband, Mark, and her family in our prayers and thoughts.”

The family suggests sending memorial contributions in Dr. Carlson’s name to the American Veterinary Medical Foundation,Chetek Lutheran Church and The University of Minnesota College of Veterinary Medicine where plans are underway to establish a scholarship in her name.

In this video Carlson explains, The World Veterinary Association (WVA) is unique. supporting wildlife, companion animals, and food animals, as well as illnesses than can be passed back and forth between people and animals.

Carlson, a past president of the American Veterinary Medical Association, notes that the idea of “One Health” isn’t a new one, but recently there’s been more focus and awareness. One example is the influenza virus. An equine influenza virus back in 2005 mutated to be able to impact dogs, too. The WVA works to understand and tackle these types of issues.