Amazing, Betty White is about to celebrate her 99th birthday, and my dear OLD friend Paul Lisnek is the only person around I know who can call her “kiddo.” Paul, political analyst at WGN TV, and I talked about his latest book, how Chicago theaters are dealing with the pandemic and our ice-cream WAR at Windy City Sweets (which I am winning). You can listen HERE. 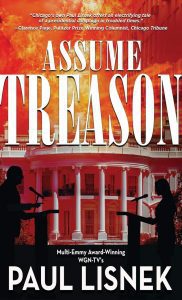 Paul’s book, Assume Treason, according to Amazon, “takes readers on a mysterious ride.” We reveal some of that mystery, and Paul discloses how some of what happens in his book – which he authored a few years ago – is happening right now in Washington D.C. I’m even in the book as some sort of character, but likely I get killed off quickly.

If you’re a Chicagoan, you might recognize places from Assume Treason riding on a bus. I’m unsure how Paul would know about this since he never rides the bus, ever. Has nothing to do with COVID. This is an irrational fear. You know, some people have a fear of heights or maybe a fear of spiders. He has a fear of buses. Or maybe a fear of paying the faire.

We discuss the commitment that the artists and behind-the-scenes workers make to benefit all sorts of causes all the now. Now, people who work in the theater need the help. BeAnArtsHero.com is an intersectional grassroots campaign comprised of Arts & Culture workers, Unions, and institutions in the United States pushing the Senate to allocate proportionate relief to the Arts & Culture sector of the American economy. 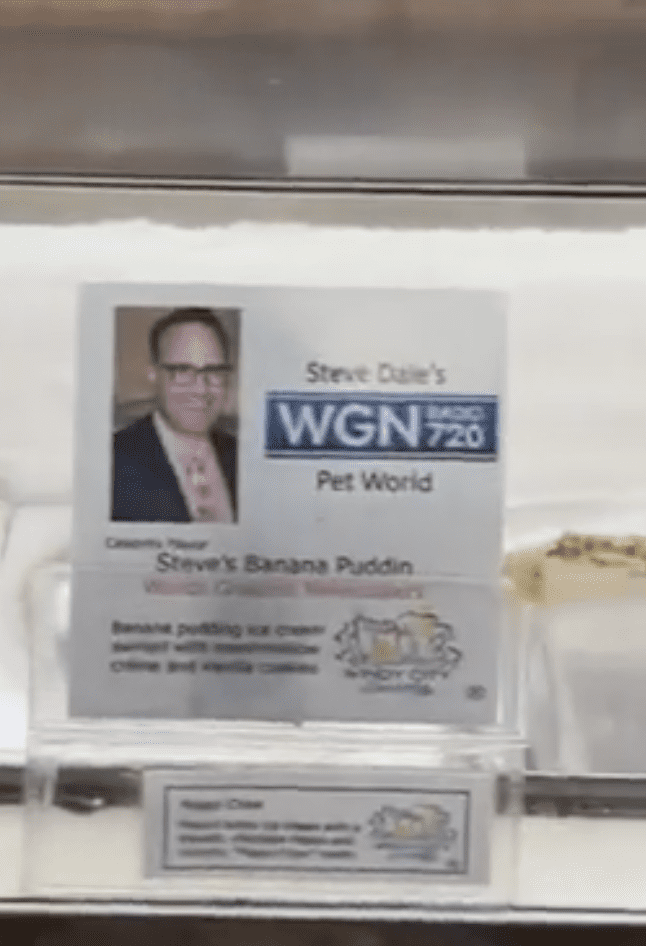 THIS is the ice-cream you want!

Paul rattles off names of Chicago theaters which are creating all sorts of special events.

I tell the REAL story behind how the ice-cream war began at Windy City Sweets (3308 N.Broadway).

So, who wins here? My ice-cream, banana pudding ice-cream or Paul’s peppermint (which is very good but very common – as Paul is very common).

Proceeds from the war of who sells the most will benefit the Anti Cruelty Society.

Paul describes how he stole Brandon James shoes, from America’s Got Talent (who is on my Sunday show at 1:30 PM CT this Sunday). Moral: Never take your shoes off at Paul’s house; you’ll never see them again. 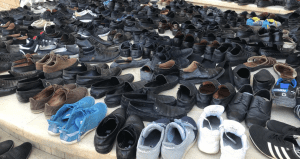