Pet Afraid of Fireworks? Now is the Time to Plan 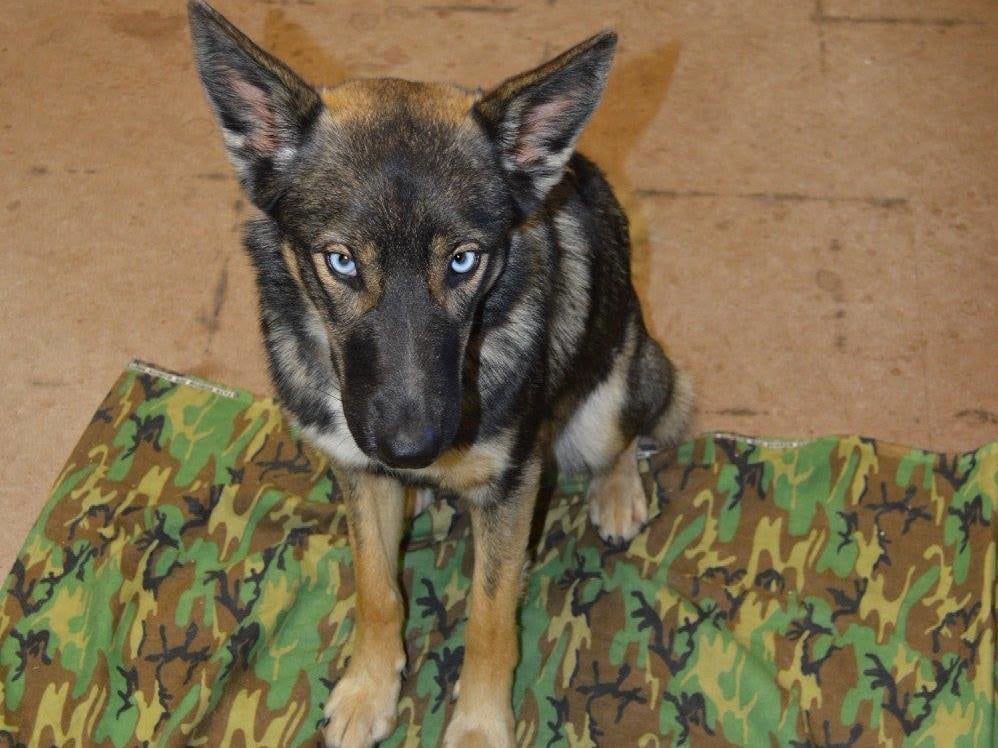 It’s not that dogs aren’t patriotic, but many dogs, and also some cats, are terrified of the loud and sudden bangs we call fireworks. It’s actually adaptive to be hard-wired to be afraid of sudden louds sounds. Humans jump at such sounds, and we might also run the other way or hide if we didn’t understand what the fireworks are all about.

Often pets can be made far less afraid using training methods which experts refer to as desensitization and counter-conditioning. 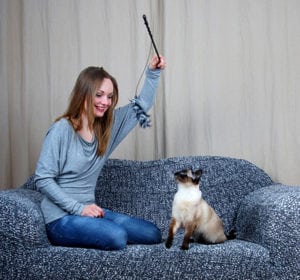 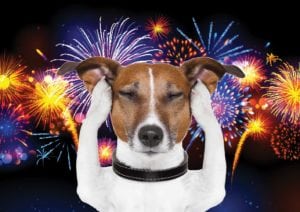 To do that, use YouTube or audio recording of fireworks. Play the sounds at a very low level, all while distracting the dog or cat with play/fun, or food (far from the speakers, at first). Remember, your pets’ hearing is likely far better than yours. The idea is that your dog or cat is so distracted, the low-level fireworks sounds are no longer a concern. And very gradually, as you pump up the volume, the pet associates the sounds of fireworks with something fun, like play or food.

The only hitch is that some pets will be too afraid to learn anything. There are some easy ways to potentially lower that fear level a least a notch.

That’s important, because if afraid, it’s nearly impossible to learn. Think about it. Let’s say, I’m about to push you out a window from the 40th floor, just hanging on by your suspenders – and now ask you to do a math problem. When that terrified, it’s impossible to learn or problem solve – except to try to solve the problem of not plummeting 40 stories.

One easy tool to limit anxiety are pheromones to help reduce anxiety in pets. For dogs, plug in an Adaptil diffuser, and for cats, use a Feliway Classic diffuser. Each is a copy (analogue) of naturally occurring pheromones to help dogs and cats feel more comfortable in their own environments.

Any product or drug can be used in conjunction with pheromone therapy. Here are two nutraceuticals: 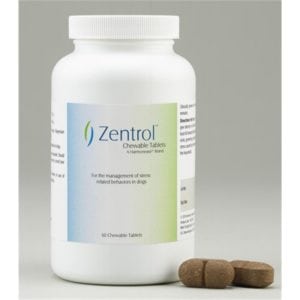 If your pet’s terror level is high, or one might say in the “red zone,” which can include shaking, excessive salivating, becoming incontinent, decreased appetite, and/or described as “inconsolable,” contact your veterinarian and ask about SILEO (dexmedetomidine oromucosal gel). This oromucosal gel (which means it is applied to the pet’s gums) is quick-acting, and it’s made for times just like these, when there’s no time for successful behavior modification (close to July 4 or when the fireworks have begun).  It takes about 30 minutes to an hour for SILEO to take full effect, and it typically lasts two to three hours. If the noise continues, and the behavioral changes recur, further doses can be given at intervals of two hours, for up to a total of five times during each noise event as needed.

While SILEO is effective in most dogs and safe, it is still a drug, and it is not for all dogs (and is not labeled for cats). Speak with your veterinarian.

Here’s what you should NEVER do: 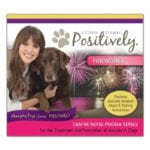 Celebrated dog trainer Victoria Stilwell from Animal Planet’s “It’s Me or the Dog” offers an entire program with firework sounds on her site, $19.98. A reasonably new option, and a high-tech one is with Through a Dog’s Ear or Through a Cat’s Ear is icalm pet (new 4.0 edition now available; cost varies depending on purchase). 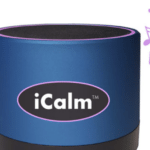 For some dogs, what might work is to combine several of the products, such as pheromones with nutritional supplements – and “jollying.” Take your pet to the basement, or the most secluded room in your home. Pump up that music, like classical music, or even specially produced music from A Sound Beginning, or other sites with music to help lessen anxiety of worried dogs.  Also, try to distract your dog or cat with play. Don’t worry, you’re not rewarding your pet’s fear; instead you are readjusting from fearful mode into play mode. 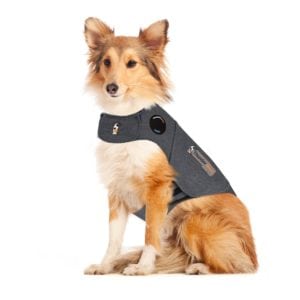 Thundershirt, Storm Defender, Anxiety Wrap: Each of these options provides something for the dog to wear which has a potentially calming affect:

Since sound is the most significant issue regarding fireworks, ear plugs for dogs remain a consideration. However, convincing the dog may be another matter.

Number one message: Speak to a veterinary professional well before the Fourth if you think there’s a problem, as now is the time to create a plan rather than to wait for the last moment.