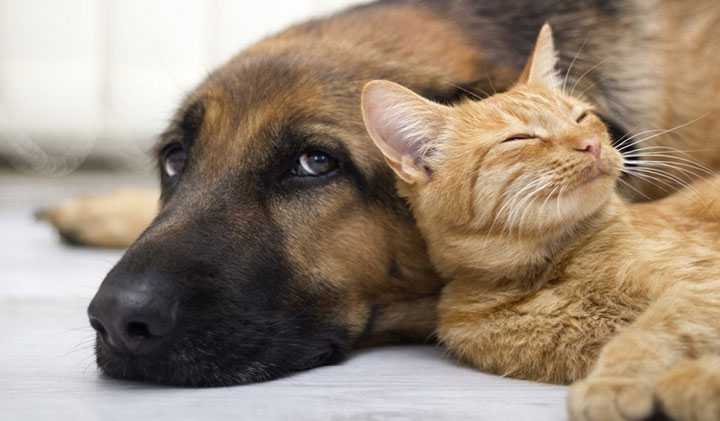 The vaccine backlash drives me crazy. This report—one of several recent media reports—includes what veterinarians hear every day as well-meaning pet owners confidently spew misinformation, but are clearly misinformed. One dog owner says he doesn’t mind that his dog (not to mention himself) is around dogs not vaccinated for rabies. Another says, “We’ve heard the Lyme’s disease [vaccine] causes more problems than solving.” Where has he heard that? Online, I suspect.

I just received an email from reader Nancy, which says, “I’d get the dog flu vaccine, but I don’t want my dog getting the flu.”

What? The dog flu vaccines are killed vaccines. It is impossible for it to cause the flu. I asked Nancy where she got her information, and her answer was a friend’s Facebook page. My response, however, which is based on science, turned out to be unconvincing when compared to whatever she saw on Facebook.

There’s a general vaccine backlash among parents who refuse to vaccinate their children, and this has crossed over into veterinary medicine. There’s are two concerns I hear most often, and they are intermingled with valid points. One is a concern regarding over-vaccination, and the second is regarding potential adverse responses or side effects.

It wasn’t all that long ago that veterinarians asked pet owners to visit them annually for vaccines rather than to ask to visit for checkups or preventive care exams. That was a mistake the veterinary profession made for many decades for many reasons. And, that notion or philosophy has shifted a great deal, as it should. Pets should see veterinarians twice annually for preventive care checkups, which may or may not include vaccines.

Today, over-vaccination has become more of concern, in part, because there are simply more vaccines to give. We also know more about the impact of vaccinating one pet with lots of different shots all at once. Today, vaccine guidelines for cats from the American Association of Feline Practitioners and the profession’s guidelines for dog vaccination from the American Animal Hospital Association both stress lifestyle and geography when it comes to whether pets need many vaccines.

For example, if your cat is truly an indoor-only cat (not even going outside in a backyard and never meeting strange cats as you never take in stray or wayward cats), it’s not likely that your cat would require a vaccine for feline leukemia. An example regarding geography: A dog who lives in Utah likely doesn’t require a vaccine for Lyme disease. Still, Lyme does exist in the states, and maps from the Companion Animal Parasite Council (CAPC) are so specific that county by county prevalence for many tick diseases are tracked. Here is the mapping for Lyme disease.  Fifteen years ago, veterinarians didn’t have this tool.

There’s no question about it: Over-vaccination can be a health risk. But, vaccinating pets is an art as much as it is a science. The number of vaccines one adult pet can tolerate may vary greatly compared to a second dog or cat of the same age and breed. No two dogs or cats are alike with equal tolerance. We do know, however, that puppies and kittens are more susceptible to issues relating to over-vaccination.

Also, consider that even 15 years ago there wasn’t an available vaccine for the canine influenza virus (CIV or dog flu) because the dog flu didn’t even exist in the U.S. Today, leptospirosis is rampant, and that wasn’t the case 15 years ago. Lyme disease is now considered an epidemic in many parts of America, and that wasn’t true 15 years ago, either. For many dogs, all three vaccines are a good idea. Do they need to be given all at once? Of course not.

A common misconception is that if you don’t hear about an illness it must not exist. Consider canine parvovirus: The vaccine is effective; that’s a fact. But when animals aren’t vaccinated in a community, the deadly virus appears seemingly out of nowhere. There are canine parvovirus outbreaks happening all over America as you read this. One of the most significant causes of kitten deaths at many shelters is feline panleukopenia, or feline distemper, because kittens are unvaccinated.

A column Dr. Michael Paul, past executive director of the Companion Animal Parasite council, authored for my blog explained some of the science regarding vaccines and includes what’s called “street acquired immunity.”

“Individuals are exposed to infectious organisms at low levels or to weakened organisms capable of infecting but not producing fatal infection. Think of the times we all experience colds and viruses of varying severity from mild to severe.”

He continued, “In addition, there is the concept known as herd health or population immunity, wherein if a critical mass of individuals are immunized, the disease is less likely to spread. Veterinarians and other health care professionals are familiar with the concept and the fact that if we can maintain immunity in about 70 percent of a population, the virus in question will not spread as rapidly or widely as in a population that is largely susceptible as occurs when vaccines aren’t being used. Non-immune individuals are still at risk for infection, but an unvaccinated individual is less likely to be exposed and infected provided the population at large is immune. Massive outbreaks or epidemics are avoided because most individuals are immune.”

Veterinarians have much to consider when administering vaccines, and first is the individual patient. How many vaccines should be administered at once? Has there been a history of vaccine reaction?

Second, veterinarians are public health servants. That benefits animal health, our health, and environmental health. By vaccinating appropriate dogs for leptospirosis, which can also be transmitted to other animals and people, the individual dog obviously benefits, but so does the environment (if the vaccine is indicated based on the geography and lifestyle of the individual dog).

As for rabies, the only reason America experiences so few cases is because vaccination is required by law. Except for immunocompromised or elderly animals, there is absolutely no reason to not vaccinate against rabies. Many who don’t immunize their pets are concerned about vaccine reaction. I am not suggesting that never happens. Usually when there is a reaction, it’s a small bump that hurts the pet for a day or two. More serious responses are incredibly rare, including potentially life-threatening anaphylaxis or allergic response. However, in nearly all cases regarding rabies (and all core vaccines) the benefits far outweigh the minimal risks.

Some claim veterinarians over-vaccinate pets in order to make money. That is absurd and untrue. I know how much vaccines really cost, and how much, on average, veterinarians charge for those vaccines. Of course, they do make money, make no mistake. Veterinary businesses are just that: businesses. They are not nonprofits. However, veterinarians would have to do a whole lot of over-vaccinating to truly make a significant difference in their bottom lines. If veterinarians were only concerned with making money, they’d actually under-vaccination. After all, they make a lot more money treating sick animals than they do through vaccinations.

And finally, the latest “reason” not to vaccinate pets (this recently appeared in the media): Some claim our pets will suffer from autism as a result of vaccines (which some people believe is happening to human children). Most scientists suggest there is no link between childhood vaccines and autism. But I won’t go down that rabbit hole. Instead, here’s what we don’t know: We don’t know that dogs or cats can be autistic. Rather than blame vaccines, food, genetics, the weather, or anything else, researchers first need to determine if autism even exists in pets. And we don’t know that it does.

I agree with Dr. Paul and other experts regarding immunization. We want individuals protected, of course. However, the uninformed movement against vaccines places the general population and our environment at risk. To vaccinate or not is indeed a decision between the pet caretaker and the veterinarian, as it should be. However, my hope is that the decision is based on real facts rather than misplaced emotion.