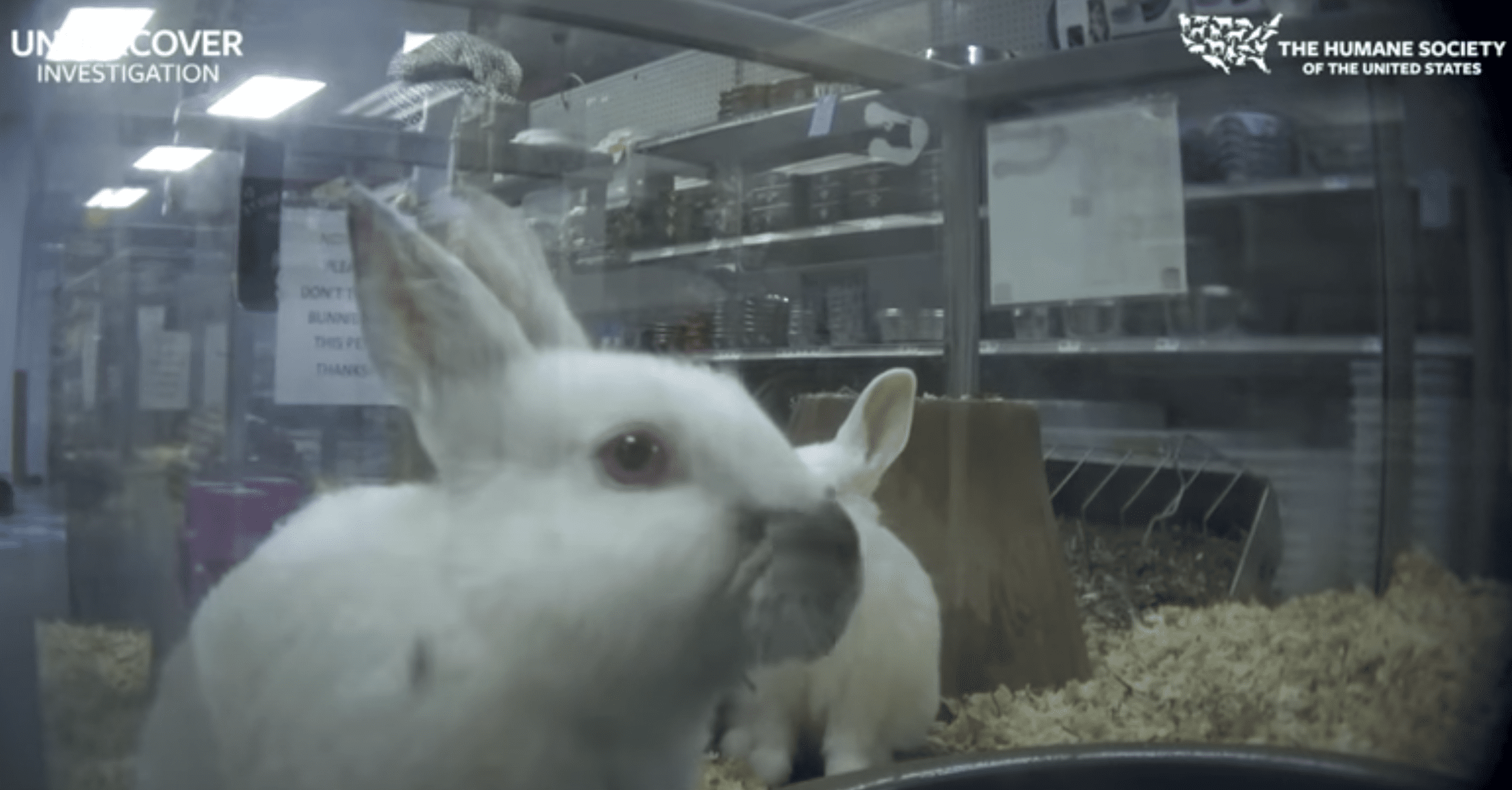 Over 350 cities and several counties as well as California, Maine and Maryland have bans on sales of dogs and cats at pet stores, and many have added rabbits. Wonder why?

Last year, undercover investigators with the Humane Society of the United States (HSUS) worked in the Fairfax pet store for five months and subsequently released a video of 14 dead rabbits in the store freezer. The organization has investigated eight Petland stores. Aside from horrific conditions in “the back” with sick and dead animals in the freezer.

What’s more, the investigated demonstrated what is already well known; due to a lack of training and/or caring employees handled rabbits roughly, and customers, particularly children, routinely dropped them. Rabbits are actually rather fragile, and don’t love to be picked up because they seem to instinctively know how easily they can be seriously injured. If a rabbit falls from just over a few feet off the ground, injury that is evident or not may occur. If that happens, there’s no immediate veterinary care at these pet stores. Rabbits are adept at masking illness and injury until the suffering may literally lead to death.

If there’s no physical injury as a result of being mishandled, they may suffer emotional trauma. The stress of everything combined, most of all the trip to the pet store, may also lead to illness.

The City of Fairfax, VA launched an investigation and Petland closed that location.

Koshok is facing up to a year in jail for animal cruelty. Thirty days of the remaining two months is mandatory. Koshok will pay a $500 fine for each misdemeanor. All charges were dropped against Koshok’s brother, Ayman.

A brief video from the undercover from the HSUS investigation is public. However, it’s difficult to watch and viewer discretion is advised. Here is the link if you are interested. I chose not to embed it in this blog because of its graphic nature.

There’s no reason to believe that puppies or kittens may be treated any differently at these stores. What’s more, these animals are sourced from mass producers of animals (puppy mills). No responsible breeder ever sells to a pet store.