How can there be a silver lining to a pandemic? Maybe in some crazy way, it was planet earth offering a warning shot. And the good news, surprising even to many scientists, is how quickly the planet and wildlife who we share the planet with are responding. 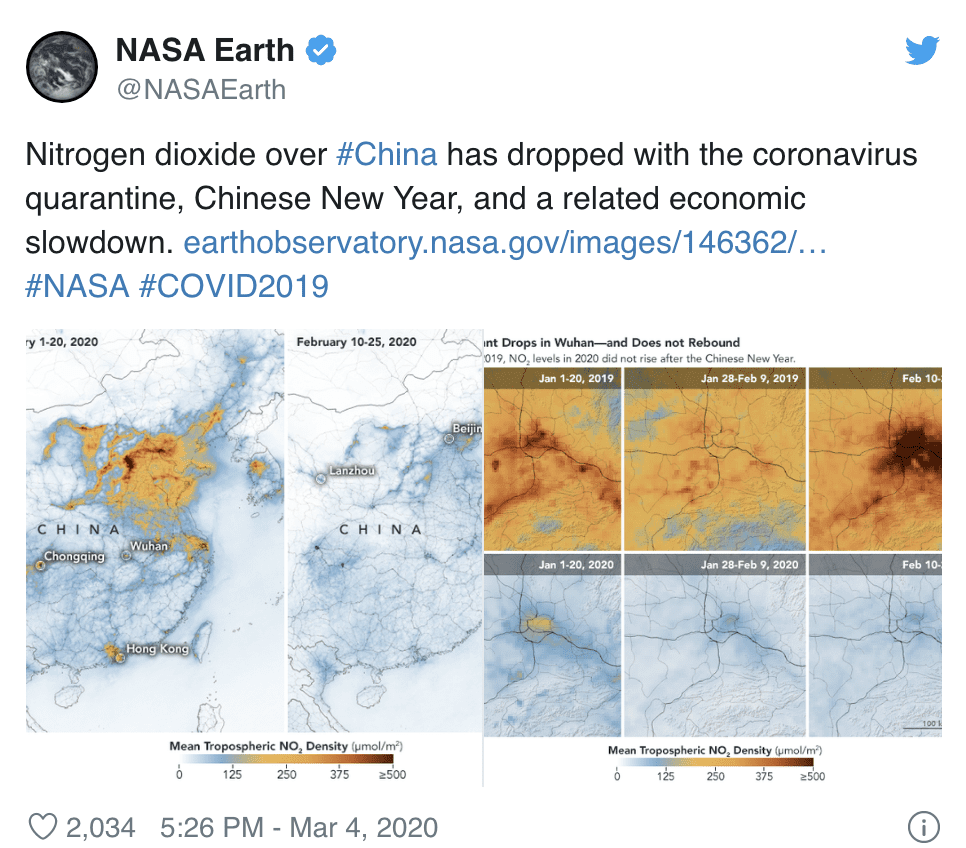 The cloud of nitrogen dioxide that was parked over China in January seemed to evaporate in February. NASA scientists said that similar emissions reductions have been observed in other countries during economic disruptions but that the sharp decrease in air pollution in China during the quarantine period was especially rapid.

Taking nothing away from the impact of the pandemic, The World Health Organization estimates that 4.6 million people die each year from causes directly attributable to air pollution, not to mention all the other effects air pollution has on the planet. Also, with no one in the streets of New York, Brussels, Mumbai, Paris, etc. – there’s less trash created by humans. Maybe when we return to normal, the new normal will be more planet friendly – though I somehow doubt it.