Presidents Historically Love Dogs: Not This One 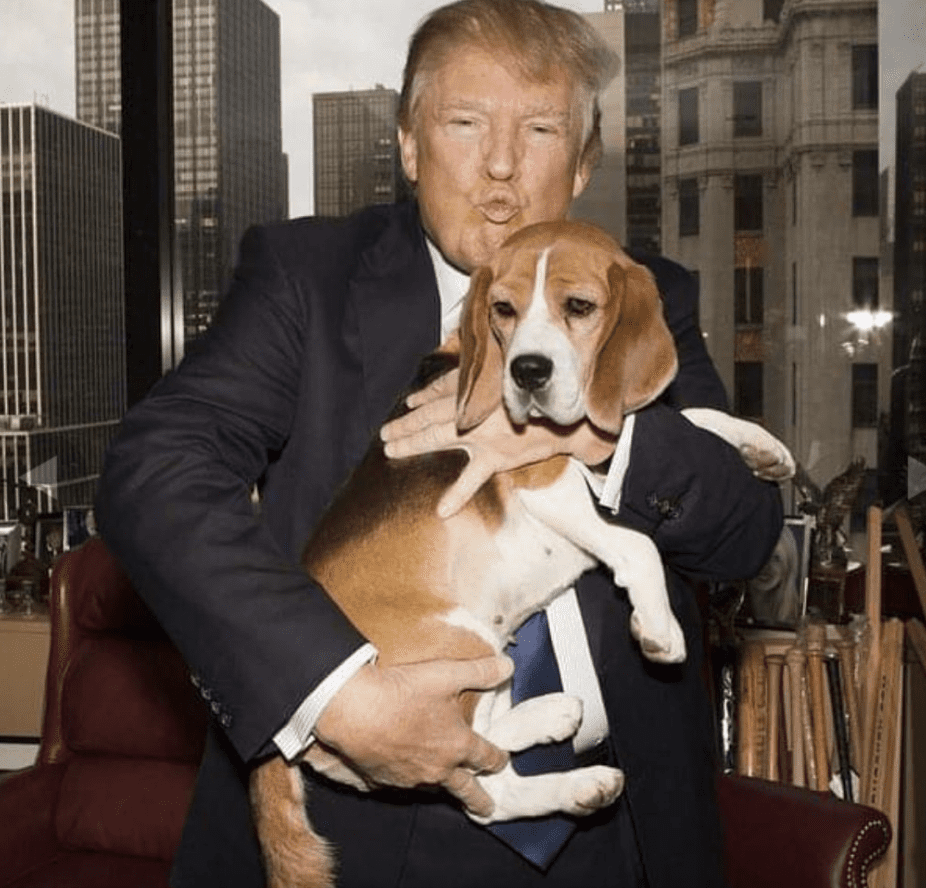 I typically stay away from politics and this post an nothing to do with policy but rather a person’s soul. People who don’t like dogs, and use the word “dogs” as a derogatory term I can’t help but wonder about. Unless someone has been bitten by a dog, lots of studies demonstrate over and over again how neurochemicals in our brains do a happy dance even walking down the street and seeing a dog, or watching a Lassie movie (quite literally that was one study). Even among people who – based on cultural norms – may consider dogs as “dirty” appear to be hard wired to smile just seeing images of dogs.

Ivana Trump, the President Donald Trump’s first wife wrote “Donald was not a dog fan,” she wrote  in her 2017 memoir, “Raising Trump.” He did briefly live with her poodle, Chappy, after she told him, “It’s me and Chappy or no one.”  Apparently, the dog enjoyed barking at Mr. Trump. Despite happily greeting the Westminster Dog Show winning dog each year before he ran for President (with my pal David Frei), that was apparently only for the photo op. As President Mr. Trump has called dog lovers “a joke.” In December 2017, President Donald Trump was “embarrassed” about Vice President Mike Pence deciding to bring his pets to Washington D. C., and deemed the Pence family to be “yokels” in his words because they “like animals.” The Pence family had two cats, a rabbit, and a snake, but after one of the cats died in June o 2017, they decided to adopt a puppy (named Harley) and a kitten (named Hazel).

You have to go back to William McKinley to find a President who didn’t live with a dog, but he had Angora cats pet roosters and  a yellow-head Mexican parrot who could reportedly whistle “Yankee Doodle Dandy.”  As far as I can tell, John Quincy Adams was the only other President with zero pets of any kind (not counting a pet alligator he may have had, others consider that story apocryphal).

President Woodrow Wilson once remarked on a dog’s ability to judge a person’s character.“If a dog will not come to you after he has looked you in the face, you ought to go home and examine your conscience.”