Protecting Pets from the Extreme Cold 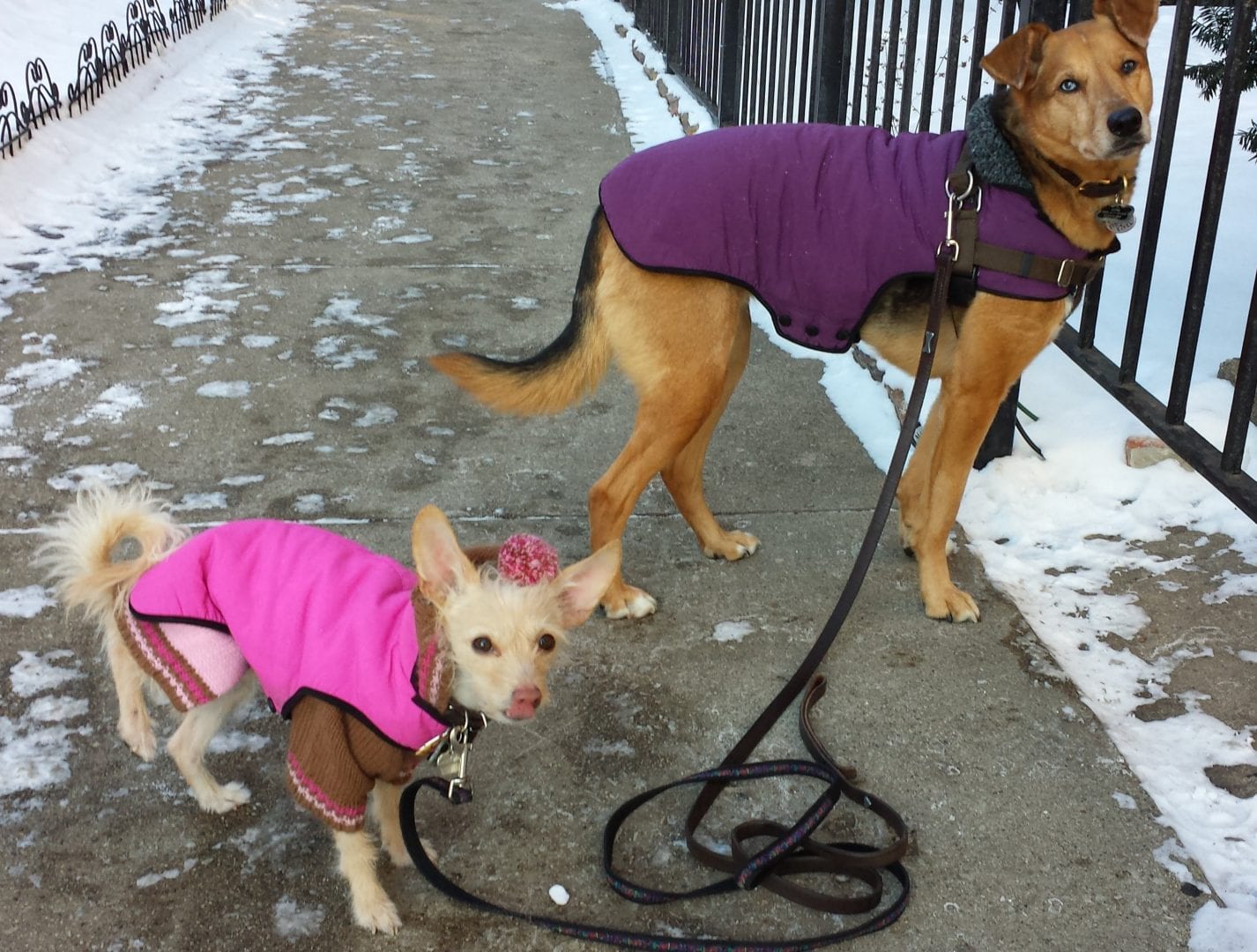 For some dogs, the weather outside might be frightful. Other dogs may love to play in the snow and ice. Malamutes and Siberian Huskies live for the cold, snowy weather. On the other paw, Toy Poodles would hop on a plane to Hawaii if they could, and Greyhounds and other sighthounds would probably like to winter in Florida. 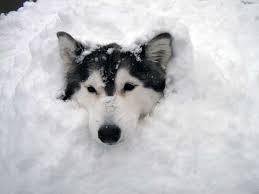 Some dogs were made for snow.

Which dogs really need coats, and at what temperature do they need one? While there’s no hard rule about dogs wearing coats, and one with a substantial lining, there are some helpful guidelines to think about. If the dog is under 20 pounds and the temperature dips below freezing, it’s a good idea to put that coat on.

Sighthounds have around seven or eight percent body fat, which is substantially less than what most other dogs have, so they also require protection from the elements, even when the weather falls below 40 degrees, or is 45 or 50 degrees and it’s damp outside.

With snow on the ground, Greyhounds definitely require protection from the cold.

Age and general health also matter, so elderly dogs or dogs in poor health will benefit by wearing a coat when it’s cold outside.

Even some larger breeds with lean bodies and/or little fur will appreciate a coat, including the Dalmatian, Vizsla, Weimaraner, and many mixed breeds, including pit bull-type dogs.

One argument against dogs wearing coats is, “Back in the day, Great Grandpa’s dog managed in a dog house that didn’t even have heat.”

Yes, the dog managed, but did he suffer? 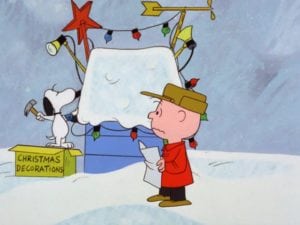 For most dogs, doghouses are becoming obsolete.

Today, most dogs live indoors, and our beds have replaced the dog houses of our grandparents’ time. Because of this, dogs aren’t acclimated to the cold as they once were.

Not only are coats warm, they can also be fashionable. Your dog may even represent your favorite college or professional sports team with an appropriate logo.

Dogs and cats who go out in cold weather can get frostbite. Their extremities—think the tips of tails and ears—are the most vulnerable. No one has developed canine earmuffs or a “tail glove,” so until that happens, it’s an adult’s job to determine when enough is enough. And that can be challenging, because some dogs will romp and play outside longer than they should, especially if you’re playing along with them. 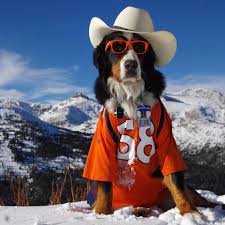 Some dogs love diving into the snow, and, of course, they get wet and cold just as we do when playing in the snow, which is fine… to a point. 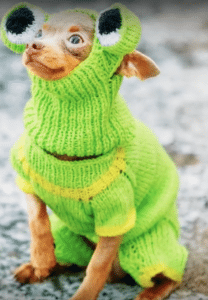 The combination of ice and cold and snow—especially with street salt added to the mix—will sting a dog’s paws. Little ice balls can form between the paw pads, and all of this hurts, which is why dogs sometimes hop along in the cold.

There are three solutions to this problem:

As for cats, there are always dangers to being outdoors, but it’s particularly true when temperatures dip. Cats are pretty resourceful at finding warmth, but that can also lead to a dangerous situation. To a cat seeking heat, a warm car hood is like a cozy electric blanket to slink into. As a result, veterinarians in cold weather climates too often treat cats seriously mangled (some don’t survive) when people innocently start their engines. It’s not a bad idea to follow Tony Orlando’s advice: Knock three times on the car hood in the morning before turning on the ignition. 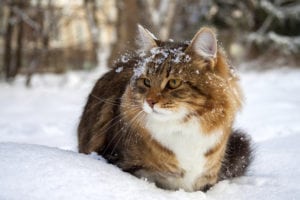 Desperate for water that isn’t frozen, outdoor cats may drink anything they can find, and antifreeze is always tempting for pets. Less than a quarter cup of antifreeze can kill a Great Dane, and a teaspoon’s worth can end the life of a small dog or a cat. Antifreeze products marketed as pet-friendly are safer; these brands contain bittering agents, which make it taste awful so pets aren’t tempted to sample.

A common concern, particularly as the weather hovers from just below freezing up to the 30’s, are ponds, rivers, and lakes, and particularly retention ponds in condominium complexes. The ice may not be as solid as you think. Every year there are instances of dogs (and their owners who are trying to rescue them) falling through thin ice.

Winter can be exasperating for some pets and a whole lot of fun for others. Either way, we need to do our best to keep them safe.